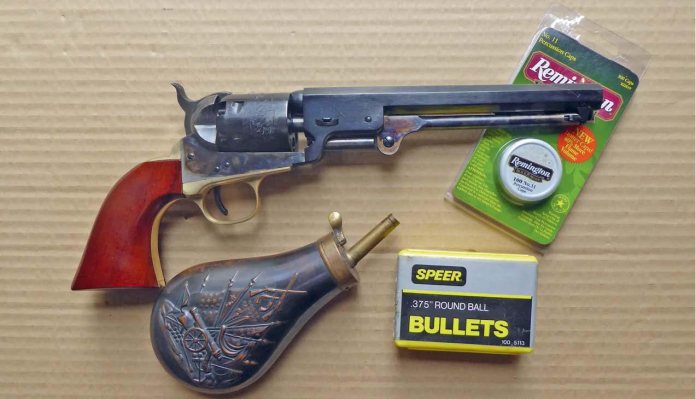 On May 16th, 1843, Edwin Ward Moore, commander of the Texas navy, set sail from the port of Campeche in south-east Mexico aboard his flagship Austin, a 500-ton, 125 feet long sailing ship armed with 20 x 24-pound smoothbore cannons. Alongside was the brig Wharton, which was slightly smaller with 16x 18-pound guns. These two ships were in effect the Texas navy and were aided by a few smaller, slower vessels from the Mexican state of Yucatan, which was trying to gain independence.

Across the bay was the Mexican navy headed by two steamers, the Montezuma and the Guadalupe, both armed with Paixhan guns which fired explosive shells. Making up the Mexican numbers were half a dozen armed sailing ships. It was a one-sided contest from the start. Undaunted, Moore sailed headlong into battle and the Mexicans, ravaged by yellow fever on their ships, soon turned tail and ran. Although no ships were lost in the fight, the Mexicans suffered substantial losses to personnel before Moore, his ship damaged and taking on water, broke off and returned to Campeche, and both sides claimed victory. On board the Texas vessels were a number of Colt revolvers and carbines although the two factions never got close enough for them to be used. Colt revolvers had long been embellished with decorative scenes on the cylinder periphery and to commemorate this act of Texas bravery, in 1850 Colt tasked engraver W.L. Ormsby with designing a scene for his new Belt or Ranger pistol, which collectors subsequently named the 1851 Navy. The same scene is used on the Colt 1860 Army revolver.

Throughout its production run, from 1851 until 1873, there was only one basic style offered for the 1851 Navy. It’s a single-action, six-shot percussion revolver with a 7.5” octagonal barrel. The earliest examples – some 4,000 or so - had a square back trigger guard, but from then to the end they were oval. The guns made at Colt’s factory in Hartford had a brass trigger guard and back strap, often silver plated.

When the 1851 Navy was produced at the Colt factory in London, from January 1853 until December 1856, the British public was not impressed with the brass, so all English pistols had a steel trigger guard and back strap. A little over 215,000 pistols were produced in Hartford, with another 42,000 leaving the London factory. Today’s collectors will often express the opinion that the London guns are better made than those from the other side of the Atlantic.

With very few exceptions, the reproductions from Uberti adhere faithfully to the specifications and appearance of the original models on which they are based, and this revolver follows that pattern. Other than the markings and metric threads on the screws, this pistol is almost a dead ringer for a 19th-century Colt.

The frame, loading lever and hammer have case colours, which have a nice combination of grey, blue and tan. The barrel, which has quite sharp edges to the flats, has seven grooves with a left-hand twist, and along with the cylinder, trigger and all screws, is gloss black. The straps on this model have more of a satin finish to the brass and the guard is a fairly large oval.

The very plain, walnut one-piece grip is the standard red/brown colour and is finished with Uberti’s high gloss varnish. All metal-tometal fit is very good, with the grip having some very slight raised edges where it meets the straps.

The capping cut-out on the right side of the recoil shield has a shallow groove to aid cap placement and the face of the shield has a groove to the right of the hammer which, in theory, allows any spent cap fragments to fall clear as you cock the hammer for the next shot. It doubtless does help some but is not infallible in preventing the ‘cap in the hammer slot’ syndrome which can be encountered in these Colt open-frame revolvers.

The cylinder is rolled with a slightly modified representation of the sea battle described above, along with the date of engagement and the attribution to Ormsby for the design. The rear of the cylinder has a safety pin between each nipple recess, and this can be located in a slot in the face of the hammer which locks the cylinder in place to prevent an accidental discharge if the pistol is dropped when loaded. Around the cylinder are six slots which accept the locking bolt, and each has a ‘run-in’ groove which is longer and deeper than those found on other manufacturers’ revolvers of this type.

The basic sights show a v-notch in the top of the hammer spur and the front sight is a conical brass post. It is a fairly basic setup but does the job reasonably well if you do your bit. The loading lever is held in place with the ubiquitous catch and latch arrangement, with the wings of the catch having serrations to aid grip, and lock-up is very secure.

The whole package brings together a mating of function and form and shows why the Colt 1851 Navy revolver remains a favourite today as it did a century and a half ago.

Taking the gun out of its plastic bag, you are met with a liberal coating of oil over the whole surface, intended to keep it in good condition during what could be a lengthy stay in a shop inventory, and this needs to be wiped off, not forgetting a mop down the bore. On my visit to the Uberti factory in 2005, I watched as the guns were given a final inspection, then the guy had a bucket of oil and a paintbrush and ‘painted’each pistol before putting it into its bag!

My normal use of these pistols would be at 20 or 25 yards and I find that a charge of 25- grains of Henry Krank’s fine black powder, behind a .375” round lead ball, is more than enough to put that ball just about where I want it to go. The face of the loading rammer is cone-shaped, should you wish to use conical bullets, but I have not seen these for sale recently, although moulds are available if you feel like giving it a go, but from what I read, they are not worth the effort.

If I have them on hand, I will add a lubricated wad between powder and ball and if not, a thin disc of mixed beeswax and candle wax. Colt’s early instructions for shooting this revolver indicated no lube was needed, so I’m not sure there is any real benefit, but it has become a habit over the years. Percussion caps are Remington and this pistol preferred No. 11. Whilst I never consider these guns to be tack drivers, although I have seen some very nice performances with them, it is easy enough, shooting off-hand, to keep your shots on a small paper plate, more than good enough for those shooting CAS events. The groove in the recoil shield does aid in getting rid of spent caps, particularly if you tilt the revolver 90º to the right as you cock it, and I did not experience a cap fragment falling into the hammer slot in some 100 shots.

How long it takes for the black powder fouling to begin slowing down the action varies from gun to gun and with the different powder charges in use, and this one managed 36 shots before I felt the need to clean it up a little. Mindful of past experience with tight wedges, I have a plastic hammer in my box and this one needed it! The wedge has a slot in its upper surface into which is pinned a sprung bar. This bar has a lip on its inner end and a screw in the frame catches this lip and prevents the wedge from coming out of the frame completely.

A brush around the forcing cone and through the cylinder centre, followed by a little grease on the cylinder arbour – there is a spiral groove here to hold a bit more grease – and we were good to go again. Back home the gun was broken into its three main components and the barrel and cylinder, having taken out the nipples, were cleaned with boiling water. A wipe with an oily rag, including the bore and cylinder chambers, once everything was completely dry and the gun was ready to go back to Henry Krank.