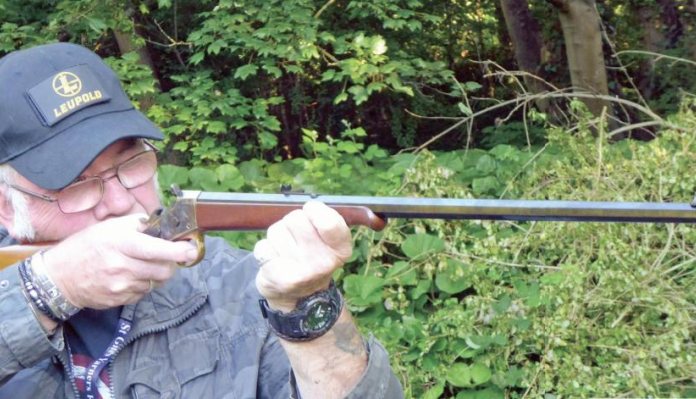 The Remington Arms Company was once cited as the longest surviving American firearms manufacturer to never have been in debt.

Regardless of the validity of this statement, there is no doubt that the company has had enormous success with many of their products from their inception in the second decade of the 19th Century to the present day. For the first 30 years or so, Remington seems to have been manufacturing barrels (and possibly other small parts) for other gun-makers but evidence shows that by around 1848, the company began making complete guns when they bought gun-making machinery from the Ames Company and took over the latter’s uncompleted contract to supply breechloading percussion carbines for the US Navy. The acquisition of this machinery also allowed them to accept another contract, for 5000 Model 1841 percussion rifles, meaning that right from the start of their gun-making enterprise they were in the lucrative military market. Their foray into the handgun market began in 1857 and at the outbreak of the Civil War the company turned most of its production over the making of long guns and handguns for the Union war effort. Included in their post-war catalogues were a variety of breechloading derringers, a great favourite among today’s collectors.

By far their most prolific of the long guns to leave the Remington factory during the 19th Century were the single shot models produced on the split breech and rolling block actions. Working on the split-breech action initially patented by Leonard Geiger, Remington designer Joseph Rider developed the rolling block which was patented in 1866. Military contracts, both in the US and abroad, resulted in over one million rifles and carbines being produced on the large No. 1 action in a variety of calibres. A number of countries adopted this arm as their standard military long gun, including Spain, Argentina and the Scandinavian countries. Rifles were usually full-stocked and having 30- to 39-inch barrels, while the saddle ring carbines used shorter, 19- to 22-inch tubes.

The No. 1 action was also used as a basis for a number of sporting rifles, again in an assortment of centre fire calibres up to .50-70 plus a few in .44 and .46 rimfire, along with a number of shotguns. A lightweight version, with a narrower frame width, was designated the Model 1½ and came in a choice of rimfire and centre fire calibres, the largest being .44-40. Models 2, 4 (rimfire only) and 5 followed, the latter being an improvement on the large No. 1 action, built as rifles and carbines, but which could handle smokeless ammunition. The French government took delivery of over 100,000 examples of this model. This would be the last large military contract for the rolling block arms as its single shot capacity left it at a disadvantage against the emerging repeaters. Throughout its production, the great number of calibres, along with choices of barrel length and weight, finishes and sight options has resulted in a considerable choice for those who wish to collect and/or shoot the early Remington rolling block rifles. For the rest of us the Italian firearms industry provides a somewhat lesser, but still adequate, selection of models and calibres. The large calibres are offered by Pedersoli while Uberti has a couple of ‘Baby’ styles, one of which we have here.

The Uberti ‘Baby’ rolling block rifle and carbine are actually a pretty good reproductions of the Remington Model No. 2. The principle difference between the two models is the barrel length and shape, although the photographs in the Henry Krank catalogue show a difference in the butt shape. The version we have here is the rifle with a 26- inch octagonal barrel, whereas the carbine has a tapered round barrel which is four-inches shorter. This example has very nice case colours on the receiver, hammer and breech block with the barrel having a good gloss black finish. Screws, pins and trigger are all black. While not a major problem, I have seen slightly sharper edges on reproduction octagonal barrels. The butt-plate and trigger guard/ bottom tang on this piece are polished brass where the originals would have been iron. The walnut stock and forearm are finished in the standard Uberti colour with the latter having a Schnabel-type tip and fastened in place by a single screw. Both the stock and the forearm stand a little proud where they mate up to the receiver. A nice touch is the traditional shape of the stock with its “perch belly” curve on the lower edge and the curved junction where it meets the frame. It would presumably have been easier and cheaper to produce straight edges here – nice one, Uberti.

Sights are pretty much standard on many of these rifles, the rear being a semibuckhorn with a sliding stepped elevator, the unit dovetailed into the barrel and held by a screw. Up front is a sail-shaped blade (originals had a bead) on a base which is again dovetailed into place with a retaining screw. Both sights offer lateral adjustment. There is no provision to fit a tang sight on these small calibre versions of the rifle.

The rolling block is a very strong but simple mechanism and stripping for cleaning or maintenance is quite easy. While the action can be removed with the stock in place it is made a little less awkward by taking the stock off and removing the hammer spring first. On the left side of the receiver is a winged button held in place by a central screw. Removing the screw and button lets you tap out the two pins from the right side of the frame. The breech block, which contains the spring-loaded firing pin, and hammer can then be lifted out of the top of the frame. The two screws on the lower left of the frame hold the bottom tang and trigger mechanism in place, while the small screw at the top of the receiver serves no purpose on this model but acts as an extractor retainer on the .357 version.

I find single shot rifles very relaxing to shoot and once you get into a rhythm it is surprising how quickly you can get through a couple of hundred rounds of ammunition, particularly with this rimfire version without the heavy recoil of the real big bores. To load the rifle, pull the hammer back to full cock then draw back the breech block. Both pieces have checkering at their tip with the block more so than the hammer. Insert a cartridge into the breech, close up the block and you are good to go. The rifle is well-balanced and length of pull suited me fine and, as would be expected, recoil is negligible. The trigger is very heavy, but it breaks very cleanly with no creep, and would benefit from a little work, although I do not feel that it detracted from the performance of the gun, nor did it spoil the fun. The case extractor is fitted into the centre of the breech block and as you pull this back the empty is withdrawn far enough to be removed with your fingers. With the three types of ammunition used, the spent cases needed more force than I anticipated to remove them, but again, no big problem. The sights proved up to the job and at 25- yards indoors the rifle was a decent, in not tack-driving performer, with the best 5-shot group a bit over an inch. But it was when we went outdoors that we started to have some fun with this little gun. At 100-yards in a bit of an intermittent breeze, the CCI Mini Mag ammunition was doing four inches or so when we spotted a rabbit hole some 330-yards away in the backstop. With the rear sight at its highest elevation and the muzzle raised so that it completely blocked out the target, it was not long before we could consistently get within a foot of Mr. Bunny’s front door. Without that breeze I have no doubt we would have been ringing his doorbell! Not really a scientific approach to the gun’s performance but very enjoyable all the same, and that’s what the hobby is all about for me.

This is a well-made, nice-looking rifle which should digest any .22 ammunition you feed it, obviously with varying results, and give you a lot of fun along the way. The carbine comes in at around £40 cheaper but the longer octagonal barrel on this model is more attractive to me. This rifle will give you a lot of bang for your buck and for those looking for a little more zip, the Henry Krank catalogue shows the rifle and carbine to be available in other calibres, among which are .357 Magnum and .17HMR.