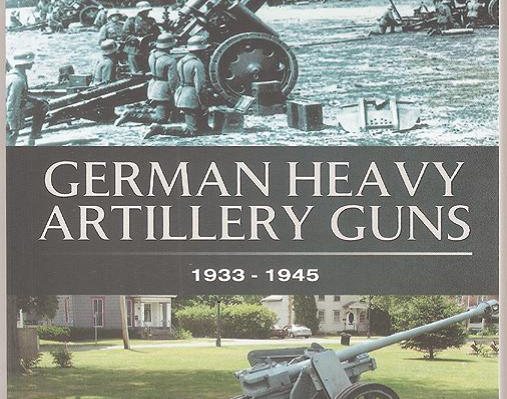 The first of three books in a series (the other two to follow), German Heavy Artillery begins in 1933 and includes some antiquated weapons, such as Gebirgskanone 15, which was used in the First World War. However, with a calibre of only 7.5cm, it is far from being ‘heavy’, but it does illustrate how the German army at the time was using obsolete weaponry.

Indeed, the author has a tendency to stray away from the heavy calibre and includes many weapons that are 10.5cm or lighter, such as the PaK 36 with 3.7cm calibre, which rather goes against the title. He includes many examples of guns captured and then used by the German army including Russian and the British 25-Pounder.

With this title the author tries hard but again falls short of presenting what should be a good subject, there is certainly no lack of material to do so.