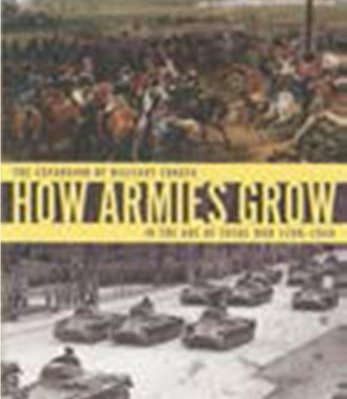 This highly informative book is the work of nine contributors, each a specialist in in their own field of military research and covers a period of 156 years of military history from 1789 to 1945. The time frame encompasses the Napoleonic Wars, both World Wars and considers several other wars in between, including Franco-Prussian War and Boer War. The nine essays consider how, during the timeframe covered in the book, armies grew, developed, evolved and adapted to meet the contingencies they faced over the decades.

A very thought-provoking work which answers many questions, such as: What was the level of America’s state of preparedness as the country readied itself to enter both World Wars? Particularly interesting is France’s attitude towards its Colonial troops from Algeria and Morocco and the military assessment of their fighting prowess. This academic work is not a heavyweight tome and is very accessible, but it says a great deal and packs a punch which will make some readers rethink any long-held opinions some readers may harbour.