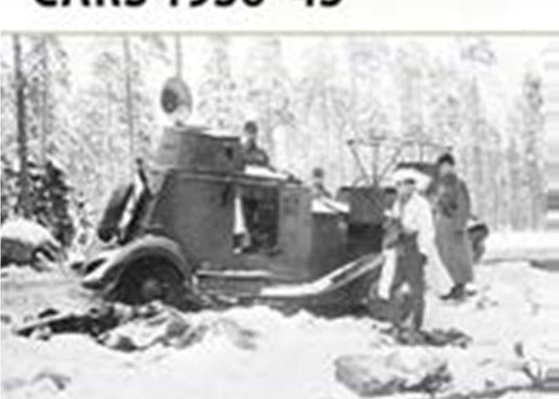 The role of Soviet armour during WWII is dominated by the tank, especially the T-34, leaving the other armoured vehicles relatively ignored. This book redresses that imbalance to provide an insight to those vehicles which undertook the reconnaissance missions to provide the information about the enemy which would allow an attack; namely the armoured cars. Even before Germany attacked Russia, the armoured cars were being used in combat such as the Spanish Civil War, which serves as a starting point after a brief introduction. Each of the designs is considered along with their battlefield deployment, which includes border clashes with the Japanese and the Russo-Finnish War. Full of detail from the mechanics to the weapons and the tactics, this work has something for all interests from modellers to military enthusiasts. This book is a useful addition to any library, filling the gap in the history of Soviet armour in WWII and the immediate post-war years.