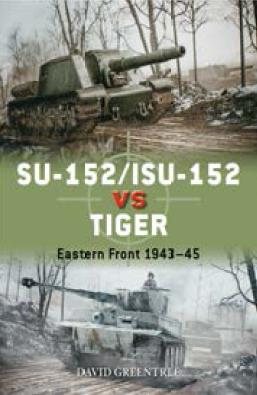 Tank design leapt forward during WWII, from the lightweight in 1939, to the heavy machines by 1945. When the Tiger appeared, it redrew the lines and the Allies had to come up with something to compete. In the case of the Russians, they came up with the SU-155, which technically was an SPG, which could take on the Tiger. This is the story of the contest between these two heavyweights and the battles they fought on the Eastern Front before continuing into Germany during the last weeks of the war. Both were relative late-comers to the war and this work covers development, deployment in battle and the final assessment. Excellent illustrations and text throughout are supported with maps and diagrams. Details and artwork of ammunition will please collectors, and the modellers will also like the illustrations. An absorbing work for general readers and enthusiasts.