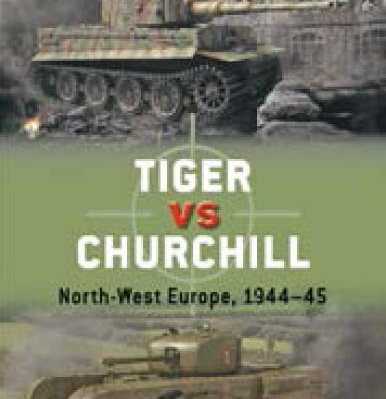 On the face of things, it would seem that pitting the Churchill tank, weighing less than 40 tons, against the 56-ton bulky might of the Tiger tank, with its 88mm gun, was a foregone conclusion in favour of the Tiger. Yet, despite such uneven odds, the British tank crews still engaged the nemesis of the battlefield. One such engagement, as featured in this gripping work, was Operation Jupiter (10th-11th July 1944) at the site of Hill 112, southeast of Caen. Despite the bravery of the 7th and 9th RTR, it was a one-sided affair, with 39 Churchill tanks destroyed for 6 Tigers lost; a loss ratio of more than 6:1. Using comparison charts and diagrams to compare the two tanks, the author puts forward opinions, supported by the operational capabilities of each design, along with variation in operational roles. Readers will find this a thought-provoking work and the conclusion is the subject of many debates.