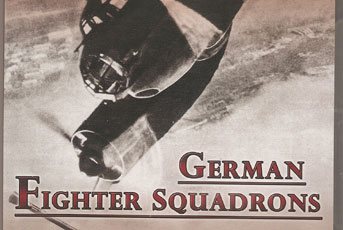 There are many examples of German aircraft held in museums but these are static and from such displays one can only guess at their true capabilities. The titles of many of these aircraft such as ‘Stuka’, Me109, Fw190 and He 111, are familiar but seeing them in action through genuine wartime film footage shows how terrifying it must have been to come face to face with them in battle. The German cameramen of the time managed to capture the power of these aircraft from the early days of the Luftwaffe with biplane aircraft to the modern designs. Germany built around 98,755 aircraft of all types between 1939 and 1945, but mainly fighters. They also developed some experimental types which almost certainly influenced post-war designs. This film shows something of what the Luftwaffe was capable of performing and much of the imagery has never been seen before.