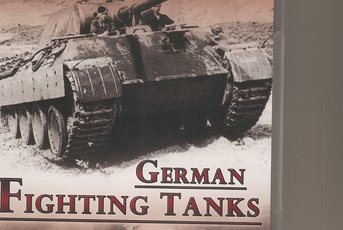 This DVD covers the period 1935 when the first new tanks of the German army were shown and the Battle of Kursk in 1943 which still remains the greatest tank battle of all time. Much of the footage contained on this DVD has never been seen before and shows some remarkable aspects of armoured warfare. The power, scale and firepower is formidable and for anyone interested in German tanks of WII, either historian or modeller, will find this fascinating. There are a number of ‘extras’ in the form of galleries for the Panther and Tiger tanks which will be most helpful and expand the library of moving images.