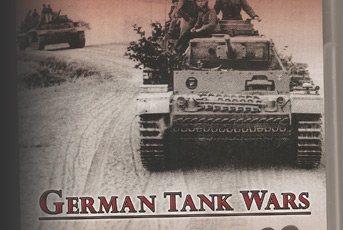 This latest film is one of three new titles released by Pen & Sword and it includes a great deal of rare previously unseen archive imagery. The cameramen responsible for taking the images did not have the benefit of powerful lenses to ‘zoom’ in but rather had to place themselves right there where the action was unfolding. If that meant being in the path of a Panzer IV, so be it. This film shows the German armoured divisions in action and the speed at which the troops move can only be wondered at. The cameramen have to be admired for their work. There is a range of ‘Bonus’ material in galleries and facts and figures all of which will be useful to war gamers, modellers and historians of the period.