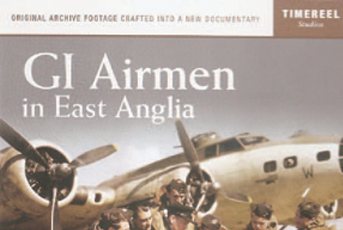 Documentaries on the deployment of the USAAF in Britain during WW II contain the almost-obligatory scenes showing the tranquil setting of the British countryside looking cute with pubs and schoolchildren. Into this sleepy setting come the confident aircrews who flew daylight bombing missions over Germany from 1942 until 1945. The locals came to accept these men and take them to their hearts and were saddened when they failed to return from missions. Some airfields have been turned into museums and are preserved and this documentary brings these locations back to life by showing how busy they were. The footage is original and comprises of monochrome and colour and shows the quiet recreation periods between missions and the terrifying conditions over Germany in daytime. The narrator explains in a good tone to deliver the facts behind the images on the screen and the film is sufficiently long enough to hold the viewer’s attention.