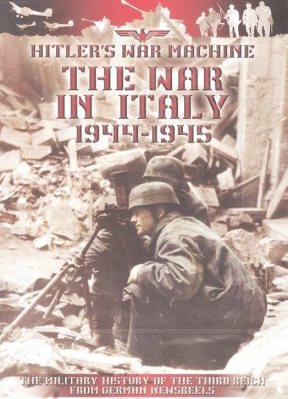 The invasion may have knocked Italy out of the war but Germans troops fought until the very end in 1945. This wartime film footage shows the campaign for what it was, namely a battle which tested troops to their limit. Seen from the German point of view, this film is made using German Propaganda footage revealing images not seen before. To read a book on the subject is vivid but watching these images is compelling and a good addition to film reference works on this hard-fought campaign.