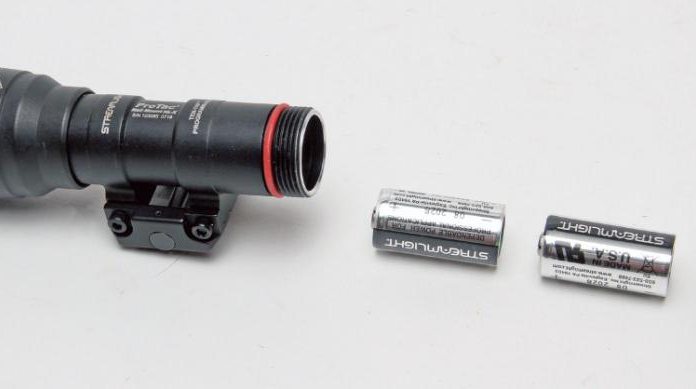 The new ProTac rail mount HL-X torch is a very high-performance LED light aimed for use on a MIL-STD-1913 Picatinny rail mounting system.

Primarily for law enforcement and Police duties, the size and nature of this model also really lends itself for use in the field for hunting too. It weighs only 181.4-grams and measures 5.43 x 1.45 x 1.72-inch max, and most of that depth is taken up with the mount.

You have an aluminium chassis for lightweight and strength and is made in three main parts. The main body or battery housing, the front lens objective and rear end cap and toggle switch operating system.

The lens part un-screws and reveals a rubber O-ring to stop water and moisture ingress. The ProTac is rated to IPX7 ie 1 metre submersed for 30-minutes with std end cap. This now allows access to the LED array and reflective section if necessary. It does not however allow for any beam variation of width. The lens is tough and is an impact resistant tempered glass lens so can be handled quite roughly.

Removing the end cap allows the two CR123 batteries to be inserted. (not rechargeable CR123 batteries though) This light will also work if you use the Streamlight #22101 or Li ion 186650 cylindrical 3.7v 2600mAh rechargeable battery. This duo of batteries gives an astonishing 1000-Lumens power that lasts for 23-hours!

The ProTac light has a programable switch system that with a light press or tap and either a constant pressure i.e. click and hold allows differing functions to operate. activate the operating switch. Then it becomes second nature.

The actual lamp has a typical picatinny type mount system that fits to the same rail and the large knurled securing screw uses its shaft as a recoil arrestor in the mounting on the rifle too. Its designed to be fast and easy to use.

The strength of the light was very impressive and range also. It’s a very wide beam though and envelopes a large area. Used the first few times rabbits were literally like `rabbits in headlights` but they got wise in the end.

This Streamlight is a little pocket rocket, it’s more of a flood light to be honest, but what a light, crisp and ultra-white in the intensity beam. Personally, I would always keep it in the pocket for ready use on gun or not as it’s a really handy light to have on your person.