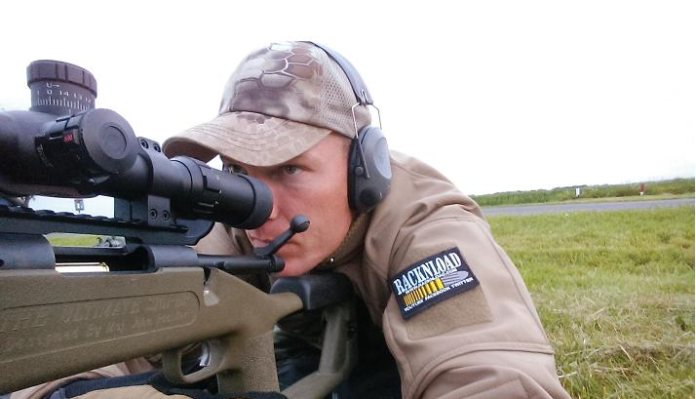 So who and what is Racknload? Well, back in 2010 I thought I’d give this You Tubing thing a go for myself after trawling the Internet for a decent review (and failing to find one) of a shotgun I wanted. Some of these were OK and others were certainly not so good! There were never any real good close ups and real detail and in some cases, honesty was lacking! That was it for me, so after finally buying the shotgun in question which by the way was a Hatsan MPA semi-auto, I decided to do one of my own reviews with lots more detail and also be as honest as I possibly could.

Also, I wanted to try and come across in a professional manner although I was doing my filming with a cheapo camera. My aim was to try and make the video ‘feel’ like you were having a real good look at the shotgun as you would in a shop or at a show. To scrutinise and look for weak points and poor quality and pick up on it was also a biggy for me, if I was going to do this YouTube channel properly. Ah…YouTube; it was time to sign up.

So what should I call my new channel? Well because I enjoyed doing the video so much and was sure I was going to do more, it needed a decent name, and something shooting-related; so how’s about Lock and Load, Lock, Stock and Barrel? Then it just popped into my head - RACKNLOAD!

Fortunately the name was not taken on YouTube so I signed up! So a legend in the making was born, mainly for just a bit of fun, doing reviews and shooting videos. But as the months went by, I started to get some real nice comments on the work that I was creating and lots of good advice off other YouTuber’s. Also, viewers were asking me if I could review this gun or that gun. This was a real inspiration and motivation for doing the video’s and has kept me going ever since and now is pretty much my second job; well, that’s what the wife thinks!

However, it does annoy me that some YouTubers that are heavily sponsored and cannot be honest about what is sometimes rubbish that they are reviewing. I would rather listen to someone tell me not to bother buying something rather than say it’s good so not to upset their sponsors or manufacturers. The aim of the game for me then was to keep it REAL and HONEST! Don’t get me wrong, I’m by no means a perfect reviewer and to be honest, I still feel like I’m a newbie to the Tube scene so it’s a case of just keep on learning.

So as the channel grew and got more and more subscribers and views I decided it was time for me to invest in a decent camera and some good lighting and put together a little studio in my shed. When I say studio I mean an old table, a white table cloth and to screw a cheap tripod to the ceiling for the camera so it could look down from above and not be in the way. Many an hour I have spent in there since, as well as at my computer doing all of the editing stuff!

I had a chat with my local gun shop to see if I was able to loan air guns and shooting accessories for testing and reviewing and in return I would give them a ‘shout out’ or put a link to their website in the details of the video. They were really keen to do this, so the guns and accessories started to flow and so did the content for the channel and I was in my element! Getting to play with all the latest Gucci kit; life was good! I found myself uploading a new review video to YouTube every two weeks or so and that has pretty much carried on ever since, as well as what I call ‘Range Time’ videos which are basically video’s of different kit in action at the range. I ended up reviewing almost every shootingrelated product that I own from airguns, shotguns, firearms and accessories as well as doing booth reviews at the shooting shows. Yep, you will usually see me at a shooting show with the camera rolling!

As I’m a multi disciplined shooter who enjoys all aspects of our sport from Airsoft to long range centre fire shooting (I’m not great at any of them by the way!) I thought it might be a good idea to start a Facebook group and use the RACKNLOAD name to create a community for all types of shooting sports enthusiasts. Now with well over 2000 members, it really is a great collection of like-minded souls that is really busy with regular content every day so please come and check us out! There is now Racknload. co.uk that is under construction so keep an eye out for that, also Twitter and Google+.

So where now for Racknload? Well, the busy part is the YouTube channel and doing the videos and keeping the content fresh. We now have what we call the Racknload playground which is basically a test area where we can have some shooting fun in a safe and controlled location. There is lots of room to do many different discipline’s including practical shotgun, mini rifle, good ‘ol paper punching and run ‘n’ gun. Archery is something that we may possibly touch on in the future plus more ‘do it yourself’ gunsmithing project videos so very busy times ahead! Now to put the icing on the cake, thanks to Pete Moore, it looks like you may just see me in these pages of Shooting Sports Mag every so often throwing out reviews and trust me, it’s a real privilege to be here too! Safe shooting. –Rack-