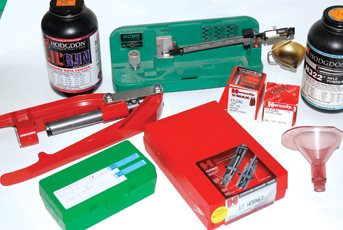 I have been using the new 17 Hornet from Hornady for a few months now along with the first rifle chambered for it Savage’s M25 Walking Varminter. In that time some of my views have changed for the better, not all though! There is little doubt that like other 17 calibres the Hornet has massive accuracy potential. Though still not having shot a fox with it, partially due to my lack of a 4x4 as my beloved Land Rover bit the dust; so I’m between vehicles, and getting out in this weather is near impossible. But I have been reliably told it’s capable!

I have previously laid waste to smaller vermin and it has proved particularly effective on squirrels and pest birds well out of the range of 22 Long Rifle and even 17 HMR. For this read 200-yards+! I reckon its effective ceiling is about 300-yards, maybe a tad more, on a good day. Like all these micro calibres wind is the enemy as is the lack of a regular and proper cleaning regime. The Model 25 showed out-of-the-box problems with both unreliable feed and heavy bolt lift, both of which have run in to a greater degree. However, with its black plastic stock it’s an unlovely rifle, though it can shoot ¼ - ½” @ 100-yards, a fact that translates very well on critters!

Savage also offers the M25 in a laminate stocked (standard or thumbhole) with a longer 24” barrel too. If I had to go the Savage route the T/H would be my choice. However, I hear that both CZ and Ruger will be offering something in their 527 and M77/22 chassis’s accordingly. I already own examples of both in other calibres, so know they work. However, I think I would probably go the semi-custom route with a re-barrelled action.

A few months ago I would not have even considered the 17 Hornet as I feel it’s far too specialised, and still do! But I probably do more varminting now than deer shooting and yes there are certainly more powerful and better calibres for the job, but for some reason the Hornet is growing on me. It might be speaking to Bruce Potts too much!

At the time of my initial test and still now; the only available factory load was Hornady’s 20-grain V-MAX. This was running through the 22” tube of the M25 at 3598 fps/581 ft/lbs, with the aforementioned ¼ - ½” performance! I was told by Jason Hornady last year that dies would be available as would 20 and 25-grain V-MAX bullets. Hodgdon were working up load data too.

My initial thoughts were, reloaders would be hard pressed to make the factory figures, like most calibres - the 204 Ruger being a classic case! Dies duly arrived and by that time I had been hording my fired brass and had about 100 to play with. I had never reloaded anything in .17” before and realised I would need a tiny powder funnel. This came from MTM Case-Gard’s Small Multi-calibre Powder Funnel set, which was supplied by Henry Krank & Co Ltd. This includes four adaptors to suit various case mouth diameters, along with a drop tube and carry case.

There’s no big deal to the job, I would just say as the case is small and quite fragile take it easy and guide the neck up into the re-sizer/de-capper as much as possible and slowly. The Hornet runs on Small Rifle primers, I used CBC/MagTech. However, for best consistency I’d use Match/Bench Rest-types, with Remington being my choice.

Switching to the 25-grain V-MAX Hodgdon says a charge of 12.8-grains (compressed) of H332 gives 3283 fps/604 ft/lbs. I was hard pressed to get that much powder in the case, but like the Lil’Gun load figures were up, but not so much, with 3301 fps/610 ft/lbs. Accuracy with the heavier bullet came in at ½”+. Again with no signs of over pressure, but you will need a drop tube and some care to get it all in the case.  In both cases starting and top charge weights have little between them as the Lil’Gun start load was 9.7-grains with a maximum of 10. The H322 was 8.6 – 8-9-grains. Out of interest I tried the maximum charge of 8.9-grains of Lil’Gun for the 25-grainer and it came in at 3294 fps/608 ft/lbs, which is 100 fps faster than the quoted speed. It would be interesting to see how these figures might change in the 24” barrels of the laminate guns.

The future of the 17 Hornet in the UK remains unknown, for me I see it primarily as an accurate and effective, mid-range, small varmint round with a maximum effective ceiling of 300-yards; probably 200 on foxes! I have to say it moderates beautifully with the Hardy Gen IIII silencer! Its biggest competition is the 223 Rem that can also launch light bullets at high speed and go heavier for foxes and also small deer species. We shall see!