DeerHunter - Ups and downs of Stalking 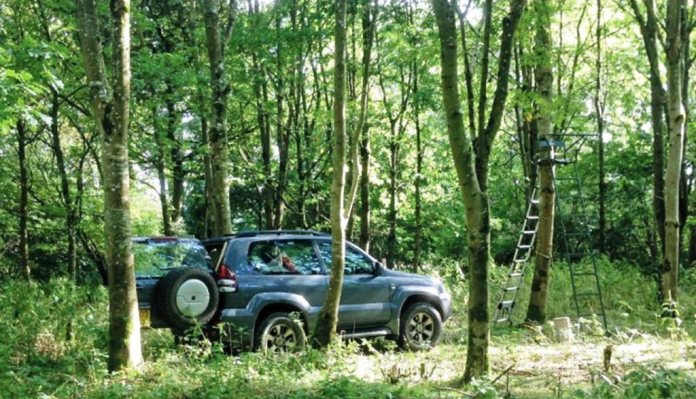 Although one can stalk year long in the UK between the different species (I have fallow, roe and muntjac), for me, there are both periods of inactivity and other times of intense hunting. The end of March sees the finish of the roe doe season, and April the start of the bucks when many stalkers are looking for a trophy, but I’m not one of them!

Over the last few years, we have noticed a decline in the roe population, in the face of increased fallow and muntjac presence. Quite why I’m not sure. It could be that they have just been squeezed out, with fallow being able to browse to the higher branches where roe cannot reach, while muntjac are busy at ground level, leaving little in the middle. Or perhaps it’s that a small family of roe are an easier stalking target. Add the fact that a good 6-pointed roe buck will attract the unscrupulous hunter or guest willing to pay handsomely for the head, while a herd of fallow are usually away after the first shot, if you can get close in the first place!

Muntjac are hidden in the understory for much of the year, so not an easy cull target either, which lets them get on with breeding, something they do all year. Whatever the reason, my yearly roe cull has reduced to a third it was 10 years ago, to around 14. Of this, I take up four bucks, either 2 or 4 pointers. We do have some nice 6-pointers, but this is our breeding stock for the reduced population. Another reason, not often voiced, is that the land owners like to see some good bucks, both roe and fallow on their land!

For me, April sees a few young fallow bucks taken, but it is a frustrating time, as they are often amongst the heavily pregnant does and a shot isn’t always on. May, June and July are quiet months, and the rifle is usually in its slip, but readily available if I see an injured deer - road collisions are not uncommon with both A and B roads around my patch. Obviously, the young are being born and I like to leave them be. My reduced estate visits are spent looking for new runs where fences have been replaced, I repair or move high seats, lop overhanging branches from good vantage points, deep clean the fridge area and generally house tidy. This is the time to make more ammunition and spend some range time proving them.

I look forward to August. The deer have not been chased around all summer so are calmer, and the harvest starts. Much of my young fallow buck cull happens in this two week period. This year, I took 12 fallow and 2 roe bucks. Deer get used to being in the fields when the crop is standing, but for some reason do not alter their behavior when it’s harvested; one of the few times in the year my bipod gets attached to the rifle! When a deer is shot, it’s back to the 4x4 and drive to the carcass, no dragging - how civilised!

Shooting over stubble means no damage to the crop caused by carcass extraction, another advantage not usually lost on the farmer. I usually skin, joint and freeze a few of these prickets for the landowners at Christmas, there is no pressure then to try to shoot something young at the start of the doe season.

Of course the stubble is quickly plowed in nowadays, so liaising with the contractor or farmer is an absolute necessity. Does and their young are visible too, so it’s good to count and get an estimation of numbers.

When the fields are brown in September, there’s no reason for deer to be out of the woods; so, for me, stalking virtually stops until November. This has the bonus of allowing the herds to relax further, before the doe cull starts.

November is a tricky month. No reduction in the understory in these warmer years makes stalking difficult, as you can hear and get glimpses of the animals, but often a shot is not on! I often gain height by using high seats and a walker at this time of the year.

Winter rape, where planted, is showing through, so some culling can be achieved over these fields and around the shoot feed bins. However, there is more than enough food in the woods, so opportunities in the open are not numerous. It takes only one or two mornings and a fallow doe or two down before the deer become wise and feed in the open during the night, long gone by first light!

December is a solid month, but I need to work around the small shoot, so as not to be accused of ruining their day, especially if they are down on numbers. I take a break for two weeks around Christmas, as the Estates often have family staying and spend time on their land. I see it as another window to allow deer to rest undisturbed.

January is excellent for stalking, as the understory is finally down and a clear view can be had across the woods, which means I don’t need to be near the shoot to cull some deer in numbers. This month always sees an influx of fallow. I don’t know where they come from, as the areas around are also stalked and have shoots, so it’s a strange time of year to see another herd or two of 15 to 20. But it happens every year - they seem to stay, too! Perhaps I create a little vacuum by culling, into which deer from more heavily populated areas migrate into?

The second half of February until the end of March is probably my favourite period, as the shoot has long since packed up, but the keeper still feeds his remaining birds, which keeps deer interested. The days are a little longer; the crops are pushing through, and with little to eat in the woods, deer become more visible. The fallow often lie up in the middle of a couple of fields in the afternoon, which can make for an interesting stalk. The approach needs careful planning wind-wise, and trying to pick one doe from the herd while they are lying down is often not possible. The idea then is to make them stand but not move off before a shot is taken!

This is often not appreciated by the non-hunter, who may be the one who lets you know of the deer’s presence - “There were 20 in plain sight! Why didn’t you shoot some?” The downside to this period, is that many sportsmen and gamekeepers now swap shotguns for rifles, and the deer are wired, being harried in every field and wood they rest up in. This last push to cull the last few of the plan is tiring, especially as it starts to get light at 5.15am in the south come late March, which means getting up at 4am, making for a long day. But knowing April will be more relaxed helps bring my year to a satisfying close!