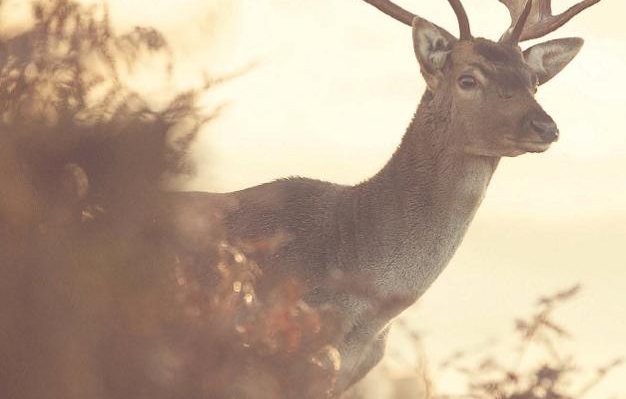 We all know we have to look for TB in the intestines and head of the deer carcass, for this is a notifiable disease, as is Foot & Mouth and Anthrax. But what other information can we glean from the inspection? Deer in the UK are largely disease free, but this doesn’t mean the next one you shoot will be as healthy as the last. In the controlled environment of the abattoir, there are stages of inspection that can be mirrored, to some extent, in the field which can be helpful in identifying the cause if problems are found.

First off, without even approaching the animal, we can get an idea of its condition. Before being shot, was it acting normally, i.e. alert and moving normally in the herd? Through binoculars, did it look well bodied, or thin and gaunt? (Chronic Wasting Disease, Johne’s Disease). This can be compared to the ante mortem inspection carried out in the abattoir prior to slaughter. If problems are seen there - the animal is lame, sweating, overly distressed or listless; it will probably be separated from the rest and slaughtered last.

It can then be flagged for more thorough inspection at the end of the working day as a casualty. After the shot, you can run your hands over the carcass to see if there are lumps or bumps, indicating, perhaps, warble fly infestations (notifiable in England), lesions around the mouth and hooves (Foot & Mouth), swollen joints or broken but repaired bones. Either back at the larder or in the field, evisceration can begin. It’s not the place here to go through the entire process, but I’ll pick out areas of interest.

Firstly, I open along the length of the neck, accessing the windpipe from which I separate the esophagus. If I run my thumbnail along it, I can gauge from how easily the muscle sheath separates from the white tissue underneath the age of the animal in general - young or old. The amount of thyroid at the base of the neck also indicates the age of the animal, as the gland atrophies with age.

Inside the abdominal cavity, fat surrounding the kidneys and intestines can give a good indication of the animal’s health. This will obviously be dependent on the age, sex and time of year. A buck after the rut will have virtually no internal fat, but a doe at the end of a mild winter in southern England will have a good store.

The kidneys should be ‘peeled’, as the surface of the organ can give an indication of its condition. Each should be brown in colour, smooth and shiny. A dull, pitted kidney - Nephritis is the catch all term - may not be an immediate cause for concern, but should be noted.

The liver should also be a nice dark brown colour, smooth and shiny. At certain times of the year it may become pale and ‘fatty’, in the latter stages of pregnancy towards the end of march for example, or after the rut for bucks. This in itself isn’t ‘wrong’, just something to note. Probably best not nice to eat such a liver in that it doesn’t look good - ‘aesthetically repugnant’ is a great meat inspection term!

There is a dog and fox tapeworm (Taenia Hydatigena) that, in its developmental stage, passes through deer. As it migrates through the body it crosses the liver leaving wavy white threadlike trails - Tenuicollis. Again, this is harmless to humans but is not good to look at, so a heavy infestation usually results in the liver being discarded, one or two trails can be trimmed and the liver eaten. The larvae then become cysts, attached in the visceral organs or wall of the abdomen itself, although it is not common for the cysts to be found.

On my stalking patch there is a small shoot, with many footpaths crossing the area too. Deer I cull around this area have a much heavier incidence of Tenuicollis, due to lack of worming either in the shooting community’s or the general public’s dogs.

The lungs can be infected with Muellerius Capillaris, producing little black nodules about the size of no.6 shot. Also lungworm (Dictyocaulus Viviparus), giving pale, slightly raised areas, especially towards the edges of the lungs, leading to bronchitis and pneumonia (darker areas, fluid filled). Pleurisy (adherence to the ribcage) can be as a result of disease or external trauma - broken ribs. We do not eat lungs (well, they can be put in sausages, but is rarely done so nowadays), however it is all an indication of health.

I’m scratching the surface here; my point is that there are a huge variety of symptoms and causes, diseases and parasites, but if none affect the fitness to eat the carcass aside from the notifiable diseases, why am I bothering to list some of them?

Inspection in the controlled environment of the abattoir is about judgment, which is based on the sum of all abnormalities. A small abscess in a lung for example is, in itself, no reason to reject the carcass. But together with poor condition (perhaps first noticed prior to the shot) and a wound in a rear leg, perhaps, will flag up more investigation. If an associated lymph node deep in the musculature (the Popliteal for a back leg) were found to be engorged with pus, this would demonstrate there is something systemically wrong; bacteria entering through the wound may well have travelled around the body, lodging in the lungs after failing to be stopped at the lymph node.

Small signs, innocuous by themselves, go towards the making of a judgment and in the example just given; the carcass may well be discarded for Pyaemia. But without the evidence of lungs and lower leg, pus in a single lymph node is hard to draw a conclusion from and an unfit carcass may well enter the food chain.

And how is the hunter to identify between a normal, poor or unfit liver, kidney, lung or carcass? There is such a wide variety of normal that it has to be down to experience. Take Mesenteric Lymph nodes in the intestine for example. In the young deer they will be large, pale and ‘wet’ when cut. In the older animal, the same nodes will have atrophied and often be darker in colour. But both are normal. An inspector in the abattoir will have passed their exams on perhaps a 3 month placement, viewing upwards of 10 000 carcasses.

They will then consider themselves competent but inexperienced, and will routinely refer and defer to inspectors with years in the job. Bearing these numbers in mind, the hunter should be very careful in what he passes as fit for consumption based on the experience they have gained. Any doubt and the licensed premises - game dealer - will have access to a vet or inspector who would be happy to look over a puzzling carcass.