Hunting Story: A Weekend Away 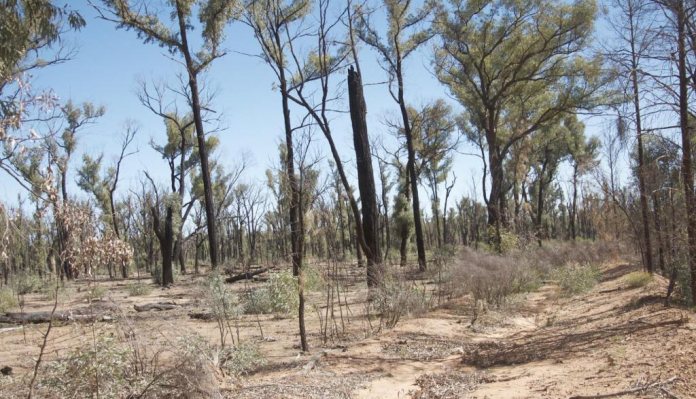 Sometimes, you don’t even get to chamber a round and, let’s be honest, that makes for a boring hunting story. Luckily, my good hunting mates did; so, let’s revel in their success over a recent weekend hunt. It all started over beers (as it often does), and as the night progressed, we had the workings for a quick weekend hunting trip. Now the reality is, it was a long weekend, as there was about 16 hours of travel involved and three days would allow us two full days of daylight hunting.

A few weeks later, with the truck loaded, Tim and I headed West over the Great Divide, then swung South and travelled a few hours through the Big Sky country of Northwest New South Wales. Four hours later, upon leaving the last fuel stop, we again turned West and said our goodbyes to the bitumen for the next couple of days.

About an hour later, we reached our camp, to find Simon (our third hunter) already set up and waiting. It seems he decided to leave a little earlier than we first planned and had already spent a day gold prospecting around the 100-year-old gold dig sights located throughout the huge public land hunting block. For those of you interested, no, he didn’t find any.

It was Friday afternoon and, with a couple of daylight hours left, we decided to use them up. Soon after, we were heading out in search of game. As often happens, it came together quickly and only about 30 minutes into our first hunt, we spotted a few goats within shooting range.

With that, Tim got to it, while I hung back to take in the action. Watching it all from the front seat of the truck, I saw Tim raise his rifle and, on hearing the shot, I saw the bullet plough into the ground about 5 metres behind the Goats. With that, they disappeared into the thick scrub, so it was hunters 0, Goats 1 for the afternoon. After about another hour of searching, we decided to call it quits on that first afternoon. Back at camp, our attention turned to lighting the campfire, cooking dinner and maybe drinking a rum or two before lights out.

Saturday morning started with a coffee and the workings of a plan for the day. In essence, it was let’s head that way and see what happens and, soon enough, we were doing just that. Not a lot happened, as it was very quiet; so, around mid-morning, we decided to head towards the very bottom of the block, to check out a few likely places, with the intention of being back around 2pm. As the day heated up, we started to encounter fresh sign and, just before midday, we spotted game.

The initial call was movement up ahead, so the assumption was goats. While Tim and Simon went forward to investigate, I again hung back to keep an eye on everything. Catching site of our quarry, it wasn’t goats, but a little black boar cutting in and out of the cover.

Tim was at it again and, watching him kneel, it looked like he was about to let fly with the .30-06. A shot rang out and, going by the body language, this time it had struck its target. Walking up, I could see that he had been right on the money and had delivered a very clean, well placed shot on a smaller, mean looking boar. With that, I turned back, then drove my truck up for hog hauling duties.

After taking a bunch of photos, we lifted said bacon onto the tray and made our way slowly towards camp. As these things happen, we didn’t get back until late in the afternoon, so decided on an early dinner and an evening around the campfire. As Sunday rolled around, we pretty much followed the same approach as the day before and headed out around 7:30am. After checking out a couple of locations, we again spotted game. It was goats this time; in fact, a couple of small mobs. They were younger animals and very good eaters, so it was a chance to get something worthwhile for the freezer.

Simon up, three down

This time Simon took the lead and cut into the very heavy cover, in search of the goats. They were really amongst the thick stuff and, armed with a .243, he waited until they moved into a better and clearer position. In the past, the scrub has proved more than a match for the .243, so it was very much a waiting game. Luckily, they complied and eventually drifted into a clearing. Firing in quick succession, he then had three on the ground.

As it was our last day hunting, we got to work quickly, retrieved the meat and then headed back to camp to begin packing up. We were done and loaded by 3pm and, as I hadn’t even got close to firing a shot, it was decided that a slow drive towards the highway was the order of the afternoon. Our intention was to check out a couple more spots along the way, so that I might have a chance on some game before reaching the bitumen.

However, as these things happen, it didn’t go to plan, as we spiked a tyre. After unloading the truck, getting the gear out, changing it and repacking our gear, the afternoon light was just about gone, so we secured the hunting gear and headed straight for the road.

About 2 hours later, we reached the closest first major town, fuelled up the truck, grabbed some take away dinner and hit the road, another successful, well collectively, weekend hunting trip done and dusted.