Hunting Story: Down and Outback 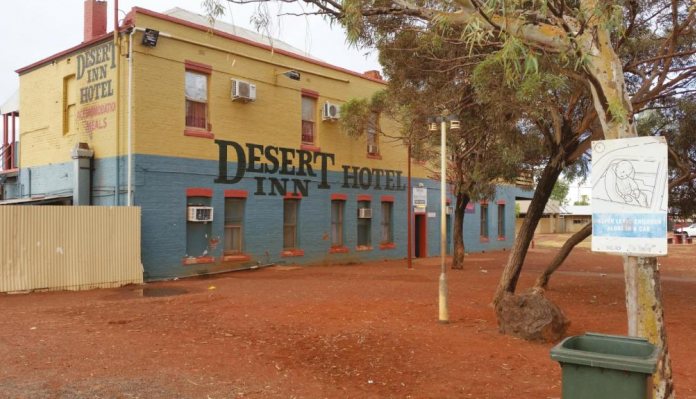 Pub quiz: which country has the biggest population of wild camels? Arabia, Africa or Australia? Well, it’s Australia, you might be surprised to hear! Taken there to help open up the interior, they were the only means of transporting people and goods in some of the largest and harshest deserts on the planet. With the advent of railways, roads and planes and road trains, the poor old camel became redundant. Many were released to roam, so over the years, and without any predators, they have grown to massive populations.

So abundant are they, that they have inevitably come into conflict with the cattle stations, who have to provide wind-pumped wells to keep their stock alive. Even camels need to drink, and this is where the conflict becomes an issue! Large groups will descend on a well, especially in times of drought and literally smash it to pieces, even known to knock over the wind pumps in the process.

The outback town of Laverton in Western Australia is 1000 km inland from Perth, and in the centre of huge areas of active, and disused open cut gold mines, whereas the whole area is open range for livestock. Battling the camels has become a major issue, and during a dry period in 2014 the station recorded 600 on the property at one time. A large bull will take 200-litres at one go, so fights break out and even the strongest pipelines are smashed.

Culling camels, along with the horses and donkeys has become an essential activity and it is usual for a small team of shooters to take up to 200 in a week. But with such vast areas it will never be possible to completely control the problem. It has become a regular bi-annual event for a group of mates, from south of Perth to travel into this area and help with the task. The station we were to cull for had previously run sheep, but gave that up, as dingoes and wild dogs killed them to the extent that, it’s now solely cattle.

In January 2017 I was fortunate to join my old roo-shooting mate Gibbo, along with Gardy and Brian and become one of this small band of shooters. We travelled inland for 14 hours on dusty red roads, to finally arrive at the Laverton Hotel, to meet station manager, Patrick. Over a few beers, he explained that he has invented a new well head, based on a shipping container with a hole cut in the floor, this is dropped over the well and pumps are safe inside; then, with solar powered equipment and cooling fans, it SHOULD be camel proof, but of course only time will tell! Plus, there are still a lot of wind pumps that cannot be protected in this way!

Our brief; cull as many camels, donkeys and horses as possible! A plan was formulated, unfortunately for us, there had been a cyclone through a couple of days before and although dried up now, it had provided the camels with some water. Which meant we had to go out looking for them in smaller groups and not stake out the water holes, as is the normal tactic.

I asked Patrick how large the station was, and how far we would be roaming, the answer was 1 million acres! That’s when I realised that we really were in the middle of nowhere. It then started to dawn on me why Gibbo never ventures out without two vehicles, a quad bike, satellite phone, and sufficient water and other forms of hydration, apparently beer qualifies in this respect and we all took 120 cans of EMU each as vital rations.

We set up camp, and being a soft pommie I thought this would involve some sort of tent; no way, says Gibbo, just take this swag (sleeping bag) and get your head down! So, a night under the stars meant exactly that! What a sight, no light pollution and the most amazing light show imaginable.

Next morning, we had a coffee and headed off into the wilderness. Unlike the Sahara, this desert is covered by spiny scrub, and sparse but quite large trees. But like everything else in Australia, it is either sharp, spiny, barbed or poisonous.

Only half an hour driving and we encountered a small bunch of wild horses, being the guest, I had first shot and downed one of the brumbies. It was a kill shot but still managed to go 200m on adrenalin, the rest bolted!

I insisted on walking in to find the animal and make sure it was dead. I took a radio and headed off, it did not seem far but when moving through this landscape it’s not easy to walk in a straight line. I bumped a couple of kangaroos and following the blood trail found my carcass. I turned to walk back the way I had come, and found it was taking an age to get back to the road, being a flat and scrubby landscape it is difficult to see much, and it’s the same in all directions.

Luckily, I did have that radio and Gibbo barked from it asking “where the hell are you!” I explained I was walking back to the road, so he honked the horn a few times to help me. I was actually marching at 45° away from the road, and would never have found it, I then realised just how quickly things can go so wrong, and how many people perish just a few feet from a road and I had taken no water.

Lesson learnt; I gained an immediate respect for this harsh country. Back at the truck, it was time for some rehydration and Gibbo’s Engel battery fridge had practically frozen the EMU beers, and it was only 41°c after all. That was one of the best emergency beers I have ever had.

We camped for the night and stopped on a flat rocky area, the presence of Emus and Cockatoos meant that some water was about and that in turn meant predators, in the form of Dingoes. We cooked up some magnificent tucker, and as the sun went down Brian bagged an inquisitive young Dingo, to be followed shortly after by its sibling. Another night under the stars, with a warm breeze blowing over the hot flat rocks, it was like someone standing over me with a hairdryer all night; I was beginning to get the hang of this jolly swag man lark.

The next day we encountered our first group of Camels 200m off the track, using the fridge as a rest for the bipod, I took aim and the Savage 110 rifle and the 300 Win Mag did its job perfectly, and I was one up for the day. The rest of the team followed suit and took out six more, before the rest vanished into the scrub. I was amazed just how huge these animals are, a big male can go 2 tons. So no possibility of dragging them anywhere and unfortunately without a big refrigerated truck we could only take a few back straps for our next meals.

I noticed that the big Red Kangaroos, as well as the Camels did not seem to be very afraid of us, and only got excited when we started shooting. The reason I’m told is that they have probably never seen a person or a car before, it might have been 10 years or more since someone was there.

The next 3 days saw us travel hundreds of Kilometres into the outback, and we did all take out some Camels along the way. I had been keen to skin one and had asked an old school mate in Perth to tan it for me later, but we had not found a small one that was light enough to roll over to allow this or was not too scruffy. I was beginning to think that buying 20 Kilos of salt and a big hessian sack, as I was instructed, had been a waste of time.

Gardy, went for a nature call and ran back, loo roll in hand, whispering: “Camels, bloody Camels”. They had crept into the area overnight and were 500m away. Brian fired up the quad and flew off to try and round them up, while the rest of us loaded up. His herding skills were magnificent, in the process he managed to pierce his own ear with a massive thorn, and rip off the lower radiator hose, I told you everything in Australia is dangerous!

We managed a good few kills and I was able to take out a ¾ grown one in good condition. Then the backbreaking work of skinning it out, which is quite a skill, considering the size weight and the hump.

Gibbo took charge and I helped. 45 minutes later and it was in the bag along with all the salt and is now getting tanned in Perth. A fantastic experience, I will never forget, unspoilt wilderness, great mates and the privilege to engage in what 99.9% of Australians have never done, let alone a pom like me, I am honoured to be given the opportunity.

I left Australia with a new respect for the tough country and its tough people, and fond memories of my adventures. On the way back to the UK, I stopped over to visit relatives in my old home town of Napier in New Zealand, and enjoyed the quite different scenery and attractions from my desert jaunt. More of that later!