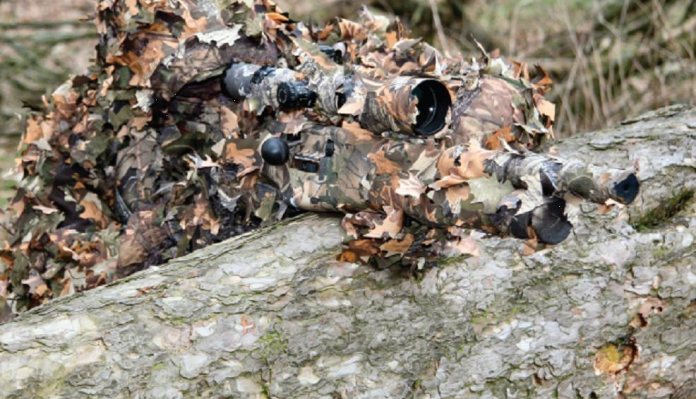 Autumn is a special time for the airgun hunter, as it opens up many more areas of land to operate over – particularly as we can get back into the woods as the leaves begin to fall from the trees. Virtually every pest species will have bred faster than you’ve been ‘culling them’ throughout summer, so you’ll have a wide selection/and equally abundant amount of targets to have a go at. Wood pigeon should be high on your ‘hit list’ and they’ll be almost everywhere. Squirrels will be easier to spot and they’ll be highly active as they stock up on food to store for the cold months ahead. Obviously there’s more – so here are the pesky varmints that every airgun hunter should now be targeting

In Your Sights - Wood Pigeon

The woodies will swarm over the stubble fields when the crops are harvested but if there’s a lot of shotgun shooters targeting them over the fields they’ll high tail it into the woods or move off your shoot completely. In fact, if this happens, the edge of the wood can be a good place to position yourself to target a variety of avian pests. But if the opportunity arises, put the deeks out, find a flightline, and from a well-hidden shooting position, good marksmanship will bag you enough for a few pies!

Watch the woods and large prominent trees near grass or stubble fields for woodies and corvids flying into before or after they’ve fed – these are known as sitty-trees. Wait in full camo gear within range of these areas you can often put together a nice mixed bag.

Although the woodies are flocking up to feed, early on they’ll not be fully accustomed to using one major roost site but with observation you can find what I term ‘mini-roosts.’ Target these by getting into position while the birds are out feeding, blend into your surroundings using full camo and wait. When the first birds arrive don’t look up, just let them settle. That way you stand more chance of a few targets, rather than taking a shot, which could spook the whole area, resulting in a blown session.

In Your Sights – Squirrels

Active around the edges of the wood and on the woodland floor amongst the leaf litter, squirrels also use specific routes like a rabbit uses a run. Trouble is, they don’t leave such obvious evidence of their movements. Note the branches you see them using as overhead walkways and the ground foliage they run alongside or through when going wandering, because waiting up near these areas can sometimes be better than actively searching them out. If the wood seems unusually quiet of these rodents – don’t despair, hold up near the areas they’re frequenting and try a squirrel call – my favourite being the Primos Squirrel Buster.

Also, try ‘drey knocking.’ This technique requires you work as a team, one knocks the drey with lofting poles, while you and maybe a few other airgun hunters already have your sights trained on the main branches its built around - should the squirrel pop its head out, you can take a shot – but more likely it’ll shoot out to run further up the tree to bark and chatter at you angrily from above. One of the reasons a ‘call’ can be so effective is because the squirrel is amongst the most vocal, territorial and inquisitive of all woodland creatures.

You can also bait them onto the ground with peanuts or chocolate. If your shoot has feed hoppers on it, place the bait around the base of the containers. All summer they’ll have visited these feeding stations and will readily visit them. Needless to say, it’s a case of hiding up nearby to ambush them as they’re busy scoffing the freebies. You can even make a feeding station yourself; it’ll soon be accepted and used, as long as you keep the food topped up.

In Your Sights – Rabbits

The rabbit will have had a lot to contend with to survive to this time of year, so expect them to be very twitchy or finicky in their behaviour. If the dreaded ‘Myxi’ hasn’t wiped them out, you can sometimes even find small groups of big bruising bunnies sat out feeding on fresh cut grass fields. It’s also a time to look for them in areas you’ve not seen many before. Reason being, come the autumn, rabbits can shift position and the old adage that they don’t move far isn’t always true; so look for fresh scrapes and more importantly fresh entrance holes and droppings. Find their new homes and you’ll find rabbits.

Ambushing is by far the most productive. The bonus of morning sessions is that you won’t have to get up at an ungodly hour before the sun rises. But you’ll only have a very short space of time or ‘shooting window’, as the rabbits will emerge less and less as the month’s progress and their time spent outside the burrow during daylight becoming shorter by the week. Traditionally, autumn is also the time for lamping, but depending on population, the rabbits will be out at night sporadically. Some nights a good few, even a lot, will be seen; at others two or three at the most. You can have good sessions early on using the lamp but the success you’ll have using this tactic can soon diminish. Try night vision (NV) kit, as by now many rabbits will have seen more ‘flashing lights’ than a speeding motorist. Using NV will give you the edge and certainly put more rabbits in the bag, especially as the months of October and November come around. If winter hits hard, this is when the rabbit can become a very unpredictable animal to target, as it suits itself when to use up energy reserves and what, when and where it decides to feed.

In Your Sights - Corvids

Always the opportunist, most corvids including magpies, crows and jackdaws will be flocking together. Large numbers of them can often be seen feeding together, inter-mingled over fields. Don’t specifically target one species of the crow family but moreover think ‘corvid collective.’ That way, the following methods will at least lead to the downfall of some species – and use your common-sense in the case of the jay, as if it’s not present on your permission in great numbers – give this highly colourful bird a reprieve. If you do need to cull them, then I recommend targeting them as you did in spring, using a little owl decoy to annoy them into showing themselves, even though you’ll happen across them as you ‘walk the woods’ looking for squirrels.

For crows, magpies, jackdaws and rooks, try crow decoys on any fields crows and/or even rooks have already been seen landing and grubbing around on. You’ll need a well-built hide with a roof, due to their amazingly keen eyesight – fully enclosed pop-up hides being ideal – positioned at the side of the field with half a dozen or so crow decoys set out within range in a random pattern.

Baiting down with a slit open rabbit should never be discounted as food becomes harder to find. Again, a hide will be needed for your shooting position. If you don’t want to waste good rabbit meat then try chicken liver, offal (easily obtained from the butchers) or use a few chicken eggs set out in a makeshift nest.

Targeting the black stuff late on in the woods at roost isn’t easy but if you find an established site you’ll need to be well concealed. Consider wearing full camo and be in position using the gloom of the woodland floor to ensure you’re as unobtrusive as possible.

It’s also a fact that magpies roost together at this time of year. They’ll choose a thick hawthorn bush or holly tree and during the last few hours of daylight a steady procession of birds can be seen entering into the wood! Mostly they’ll be on a similar flight path to land in the trees near the roost site itself; then, when satisfied there’s no danger about, they silently drop down into it. Be in the right place at the right time and you can ambush them as they fly back and pick them off before they disappear into the dense impenetrable foliage of the chosen roost. Over the years, I’ve counted over 50 birds returning to the same roost site I’ve discovered and been reliably informed some roosts have been known to hold up to and over a 100-birds plus!

A final word on camo, with quarry species of this nature, and the fact most of us are using 12 ft/lb air rifles, effective range is a serious consideration and it will be close in some cases, and not that far in the extreme. So think gloves and face masks or veils, as your pink head and hands will shine out like a warning sign!

Equally so, that blued gun and moderator can and will catch the light and reflect it to sharp-eyed animals, so a bit of camo tape or a wrap would not go amiss; good hunting!