Airgun Hunter: Pleased to Meat you! 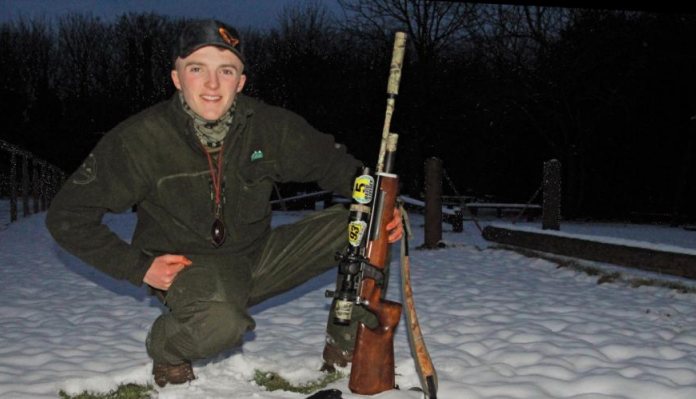 There is only so much pigeon you can eat, and I was fast exceeding that amount! I didn’t know any game dealers but didn’t want the meat to go to waste. So, two years ago, I started looking for other alternative ways to use the game I had shot. Luckily, I saw a ‘Vermin Hunters TV’ YouTube video, which showed them taking their pigeons to a local bird of prey centre. I didn’t find that, but a small Zoo, who were more than happy to take the meat, especially as it was not full of lead. And I’ve been taking freezer bags of pigeon meat every couple of weeks.

The point came when I asked the owner if I could help him out with any pest control. He told me to leave it with him. Six months later, he came back, and I now have full permission to explore the entire grounds. There are a variety of pests: pigeons, collard doves, corvids, rabbits, rats and squirrels.

These species need to be controlled and reduced because the birds eat the animal feed. This is not only expensive, but they also defecate in the feed and risk the spread of disease. The rabbits dig holes, which can lead to live stock injury and we are all too aware of the damage squirrels cause. The rats; enough said!

My first trip out went like this. It has visitors throughout the day, so I must wait till after closing-time (17.00). I knew the sort of pest numbers at around mid-day, as that’s the time I usually deliver the meat, but it was all different after hours, so I would have to re-learn the land.

My current, go-to hunting rifle set-up is my Air Arms S200 .177 with a Hawke Airmax scope, in Sportsmatch mounts. I pulled into the gates shortly after 5pm and drove down to the main entrance. There were pigeons in the trees lining the drive, easily over 20 but unfortunately there was no safe backstop among the spindly branches, so I kept driving. I had that feeling that there would be plenty more opportunities. I decided not to go full-out stealth camo, the birds here are used to seeing people throughout the day in normal clothes, so reckoned that camo may just be counter-productive. I did put my Spartan buff over my face though, just in case I needed to cover up a little in a woodland stalk.

Once parked up, I could see a few possible places that would be good for a static hunt at a later date. There were a few good looking ‘sitty’ trees, with cover to enable me to build a quick hide and stay concealed. This time though, I was just going to walk and stalk and see what I come across. I set off and it wasn’t long before I spotted my first possible target. It was a pigeon located 70 yards from me. Luckily, there was plenty of cover for me to get in nice and close for a humane shot.

I used the sheds and building to my advantage and stayed low, treading as softly as I could across the gravel to avoid spooking my quarry. Before I knew it, I was inside 25 yards, probably the easiest stalk I had ever done. I lased it with the Hawke LRF 400 to be 100% sure. Yep, 25 yards! I used the corner of a building to rest and went for a head shot, there was a wind in this location, so I put the crosshairs on the right-hand side of the head, anticipating the breeze to push the pellet a centimetre to the left. The dull pop came from the HW silencer and the pellet struck dead on. It went down typically, with lots of flapping and commotion.

I couldn’t see where the bird had landed, as there was another building in the way. I walked round and was very surprised to find the pigeon still alive, even though I had hit it in the head. I very swiftly dispatched it, but this did make me think. I was always told that a head shot was a guaranteed clean kill, but obviously not, the pellet must have struck a little to the side of the brain, enough to put the bird down but not enough to kill it. I wonder if a .22 would have done a better job? Food for thought and further discussion, no doubt.

I left the pigeon on the corner of a shed to pick up later and continued my walk. I picked up a trail through a small patch of pine woodland. The damp brown and white ground was a lot softer (no crunching gravel or dried leaves underfoot). I heard the chatter of a magpie some way off, but it sounded like it was hopping from tree to tree, getting close to me. I just froze, knowing that if I made the slightest movement it could spot me through the trees and spook, just because I couldn’t see it didn’t mean it couldn’t see me!

Over the years, trying to stalk into magpies and pigeons, I have learned that it’s much harder than it seems. I slowly stalked into a tree which allowed me to have a bit of cover and a rest, should a shot present itself and waited quietly and continued to listen. To my surprise, the magpie did actually show itself for a shot. I find them the trickiest to shoot, because they are so sharp eyed, active and very jumpy. I could just see the head through a gap in the pine trees. I had to guess the range. There was no way I could move and get the rangefinder out and even if I could, trying to get an accurate reading would have been a nightmare.

I estimated 35 yards and held the crosshair just above the head, being very careful not to clip any branches en-route. I let the shot go and it dropped softly in the snow. Chest shots do not always work for me on magpies; surprising, as they are such small and light birds, obviously tougher than they look though. I picked it and dropped it for later pick up.

Walk in the wood

Walking through the woods, it was clear that there was a big pigeon problem here, they were all roosted up in the pine trees. As I walked, I must have sent hundreds of them scattering. I had no way of seeing them, as the trees were so dense. I did manage to get a shot off at one or two but my pellets just clipped twigs that I hadn’t seen, so no kills. I came out of that wood and made a mental note that perhaps it would be a good, static summer location when the nights are longer. If I could see where the pigeons land, maybe I would be able to locate more and shoot those with no obstructions.

The light was starting to fade, and the temperature was dropping, so I decided to make my way back. I knew there were a few places I could try my luck though, so I headed to a small patch of trees, where I had seen doves on my previous meat delivery run. I soon saw that this was, very likely, a permanent dove roosting place, as they were flapping about in the trees everywhere. One spooked from above me and landed right in the top of a pine tree.

I could see it well and had a clear heart and lung shot. I took it standing, unsupported and the dove dropped with a loud crack as the pellet entered the body. Almost straight after the shot, a jackdaw came and landed in the very same pine tree to have a look at the dead bird on the floor. This is where I needed a multi shot! I did manage to load another pellet and land an unsupported head shot. The jackdaw joined the dove on the ground. Soon after that it all went quiet.

I picked up my quarry and dropped it on the entrance of the zoo for the manager to feed to the animals. For a first visit I was very happy, I think there will be more big bag days to come from this spot. You never know what might come out of building relationships and reputation is everything. It’s hard won and easily lost. When out and about, I never know who I might be talking to and what impression I am leaving. Helping people out and going the extra mile can end up being a great way to get awesome permissions and creating lasting contacts, who may then speak to others. Bring on the long summer nights!!