How to Get into Firearms Pest Control 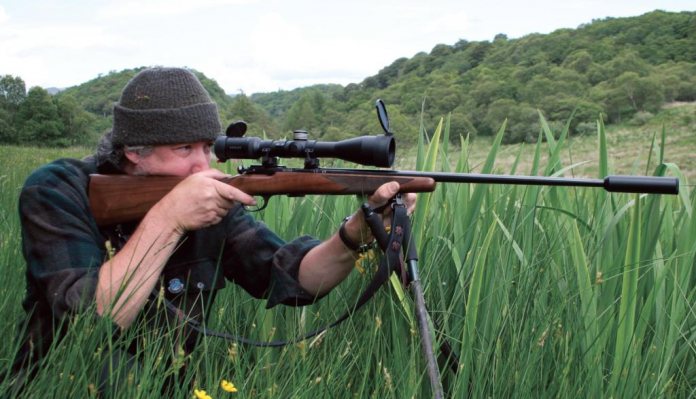 With regards to rifles for vermin control, there are two ways to look at it, rimfire or centrefire, dependent on the size and species of vermin you need to control. The lines blur a bit with the advent of the larger or higher velocity HMR and WSM rimfire rounds but the main stay of all vermin control has to be the good old 22 rimfire.

Much maligned as the poor man’s full-bore, the humble rimfire reflects the attitude that less is often more. Among the sporting fraternity, the rimfire, be it .22 or now the .17 calibre, represents an ever-evolving rifle design, perfect for rabbits, squirrels and foxes with the correct ammunition and close range.

Development of the cartridge began in the 19th Century and it still continues to out-sell any other firearm in existence, the low recoil, noise and cost combined make the .22 everyone’s friend, except the vermin!

Today, life carries on with varieties of .22 rimfire ammunition, ranging from the CB and BB Caps through to the short and long case varieties to the standard and most wide spread Long Rifle (LR) version. This has spurned the greatest diversity of loads, ranging from ‘squib’ air rifle velocity loads to the subsonic, below the speed of sound (1050fps) and into the target and high velocity rounds that exceed the speed of sound and right up into the hyper velocity categories.

Lightweight, hyper velocity rounds certainly appeal to shooters, but their ballistic performance has little to offer the serious sportsperson in Britain, where a rimfire fitted with a sound moderator and using subsonic ammunition is the preferred and more practical choice.

There is also a new wave of rimfire rifles. The .17 Mach2 and .17 HMR represent a departure from the .22 rimfire variety. This brings the rimfire class of rifle right up into the 21st Century, with light weight, highly frangible, high velocity projectiles. The new 17 WSM round, again is step beyond the 17HMR and blurs the lines between rimfire and the 22 Hornet centrefire to some degree. Couple to this the new, lead-free 22 rimfire ammunition and hyper velocity rounds, as well as segmenting bullets and you can see why the 22 rimfire is still king of the vermin tree.

22 rimfire rifles can be sourced in the widest range of configurations, ranging from single shot, bolt action, straight pull, lever, pump and semi automatic designs. This means that there is a rifle out there to suit every style of shooting scenario for vermin controller. Each have their advantages and disadvantages, usually relating to speed of operation but more importantly in any sporting arm, with regards to accuracy potential and reliability.

The slowest to operate are the single shot designs, often with a simple flip open mechanism. These are then followed by the short up and down movement of the lever action with pump and straight pulls being far rarer but offering another design that might enthuse certain shooters, allowing a more rapid reloading operation.

Fastest by far are the semiautomatics, with a new cartridge fired on every press of the trigger and these certainly suit lamping well, when fumbling for rounds can be awkward. However, accuracy is key to me and, as such, a good old bolt action is generally the most accurate action, available although increasingly demands for ever more accurate semi automatics is closing the gap, with a host of aftermarket custom parts and barrels.

Among the bestselling rimfire rifles in Britain today are a mixture of European, American and Scandinavian designs from manufacturers such as Remington, Tikka, Sako, CZ, Anschutz, Weihrauch, Ruger, Lithgow, Savage, Marlin, Thompson Center, Henry, Browning, Taurus, Weatherby and Rossi. This sis by no means a complete list!

The most important thing is to buy the best you can afford and really analyse the type of shooting that you have on offer to you. If stalking rabbits, with a variety of shots at differing ranges, is your style, then a bolt action will suffice; however, if you intend to shoot a lot from the back of a 4x4 as part of a pest control service, then a semi automatic would be far more beneficial.

Rimfire rifles for sporting use will certainly come with a magazine of some sort. This can take the form of a magazine mounted forward of the trigger guard or tubular feed system. Increasingly, the trend amongst shooters has been towards stainless steel metalwork and synthetic stock materials, in favour of the more traditional blued steel and walnut furniture. In a sporting arm, it is undeniable that the latter possesses a greater tendency for repelling the inclement weather or field conditions that the owners will put their rifle through. However, the sales of wood stocked and polished blued rimfires, even though less practical, still remain strong among more traditional sportspersons.

The choice of rifles for foxes and, to a large extent, deer stalking, is actually secondary to getting the bullet choice right; in this, I mean that most modern-day rifles are all capable of adequate accuracy for fox work and often a suitable fox calibre version of a deer rifle is sufficient. However, unlike the wide choice of operating styles in the vermin classes, the law negates the use of semi or pump actions for centre fires. Therefore, the vast majority of the rifles suitable for fox control use are either bolt action, single shot, straight pull or lever actions.

As in many shooting situations, a quick second shot can be desirable and no more so than in some types of fox control, especially where a fox is called into range and whilst lamping, where unpredictable shots can manifest themselves. Weight can also be an issue, so fox rifles usually can have Varmint profile barrels for steadier shots at longer range or light weight compact sporter profiles for closer quarter, quick application use.

For closer work, indeed, there is a cross-over from rimfires to centrefires and, with suitable ammunition, some .22LR ammunition is suitable as fox round at close range, although the newer .17 HMR/17WSM or new ammunition for the older 22WMR rimfire is a better bet.

In this, I mean are you stalking along woodland edges then stopping and waiting and then moving on, or are you shooting from a vehicle or barn building. This actually makes a lot of difference to the rifle you choose. Walking, the epitome of a great all-round fox rifle is what you term a walking gun. It is light enough for use in the fields or out lamping on foot, giving good first round accuracy and good handling. It does not matter whether the rifle wears a synthetic or wood stock, so long as the rifle has fast target acquisition and possibly a quick second round if necessary.

All tooled up, with scope and moderator fitted, a good Fox walking gun should not weigh more than 8 to 10lbs and be robust enough to withstand a few knocks.

I would always have a sling fitted, not only to allow hands free binocular use but also to gain a little extra support when shooting offhand. A bipod is also a really good idea, something like a Harris, to allow quick deployment if a longer-range shot presents itself. Another useful accessory is a hunter’s cheekpiece that attaches to the stock’s butt, allowing you to store extra rounds and game calls.

Where foxes are shot or lamped from 4x4s or from a static position, in a long range or calling scenario, there is less emphasis on weight and more on a steady rifle for longer range shots. Here, we are talking of Varmint profile barrels with suitably larger forends to accommodate larger diameter barrels, either with sporter or thumbhole stocks but usually, all tooled up, with an overall weight of 10-14lbs.

Also, the newer night vision and thermal imaging sighs from Pulsar, Yukon, NightSite and ATN also double the usability of any fox rifle for day or night duties.

Remember, most of us really only shoot one fox on an outing if lucky, more if you are out lamping, sure, but to most, a lighter weight, one shot is desirable, as it’s important to get that first shot accurate. In that case, many sporter weight barrel profiled rifles, such as the excellent Sako Finnlight, Remington SPS or Mountain and short barrelled Tactical versions are excellent. The good old Tikka T3X, in any of its guises, is a superb, all-round gun, as is the Browning X Bolt, which I really like, as it offers excellent value for money. There are also a host of other rifles, like the Mauser Extreme which is an accurate, bomb proof rifle that is both lightweight and hard wearing. The Schultz and Larsen Legacy is one of my favourites, in 300 Blackout or 223 Rem, it is the ideal walking fox gun.

Howa offer a degree of accuracy and versatile styles in the form of calibres, magazine fed and stock difference, to custom build a fox gun to your own spec. Again, personal choice as CZ, Marlin, Ruger, Lithgow, Bergara, ATA, Sauer or Mannlicher all offer equally good rifles.

Calibres like the 22 Hornet, 222 Rem, 223 Rem and 22-250 are all stable fox getters but the newer 17 Hornet, 204 Ruger and speciality rounds like the 6mm BR, 22 PPC or BR are excellent choices. Some may want to go the one rifle for everything route, which, in this case, a good 243, 6mm Rem, 25-06 or 6.5mm rifle will double duty as a deer rifle as well. Just choose the lighter weight, faster bullets for fox, to ensure a flat trajectory and fast expansion on the softer body of a fox for best results.

We haven’t even touched on scopes, mounts or sound moderators yet! Regardless of your personal preference, there are more than enough choices for the vermin shooter in which to satisfy your own tastes. The vast majority will be more than content with the bolt action design, and this should be your first choice. However, with the ever-increasing demand for more exotic and higher performance, the semiautomatic rimfires are catching up fast. The real crux of the matter is this; choose a rifle that best suits you, your style of shooting and intended range at which you most commonly shoot. Then, familiarise yourself with the workings and foibles of your rifle and learn to shoot it accurately at all ranges and in weather conditions and then you will glean the maximum from your pest control forays.