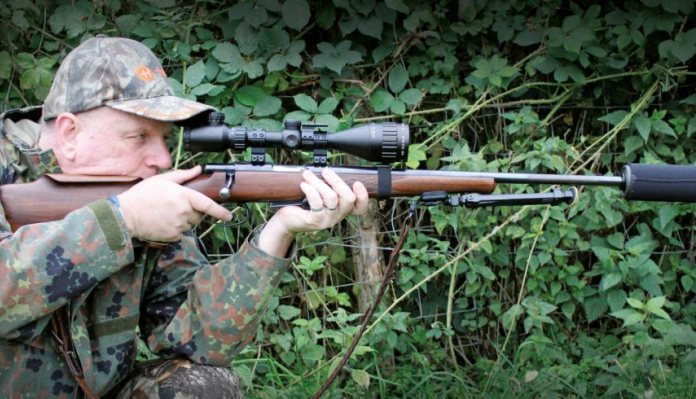 I first started carrying out pest control on my local farm following a visit with my children; it’s open to the public and school parties etc. and for me is only a ten-minute drive from home. The farm has a flock of sheep, several cows, pigs and hens etc. and it’s a great way for local people to see a working farm in action and even animals if they live in the big city! It’s in the heart of suburbia and many local people are completely unaware of its existence and it’s on a main road into London, with red double decker buses passing the main entrance at regular intervals!

On my first visit, I noticed the large number of feral pigeons all over the place, as well as crows, magpies and even the odd rat scurrying around in broad daylight! There were several feral nests in the barns and there was evidence of their presence all over the place, their ‘guano’ (bird crap to you and me) is a serious health hazard to anyone working in the buildings. I say this as when dried, it is breathed in and can cause severe lung problems, including a flu-like illness called psittacosis, as well as chronic diarrhoea from salmonella. I soon made contact with the gentleman in charge and told him that I could sort his problem quietly and discretely with a moderated air rifle when the farm was shut. Plus, I wouldn’t be making any holes in the roof panels, of which there were several. I also made him aware of my experience and the fact that I was fully insured via BASC membership. He rather sheepishly (no pun intended!) admitted to being responsible for the holes in the roof, from when he tried shooting the ferals with his old breakbarrel air rifle.

I soon had the problem sorted with a few other shooters and the farm is now a much safer place for workers and visitors alike. I still make regular visits with my air rifle, to keep on top of things and the song bird population is much larger now, due to the control of the magpies and crows that would normally take eggs and young each year.

On my regular trips there, I often spotted evidence of fox activity and, when I mentioned this, I was told that they regularly came into the farmyard during the day, including when there were visitors and numerous hens and geese had been taken. Seeing a fox kill and make off with one of the farmyard creatures isn’t quite what most people would want to see when they were visiting! I said that I could also deal with the problem and I contacted my Firearms Enquiry Officer (FEO) to check out the farm, to see if he thought that using a centrefire rifle would be OK; I had in mind using one of my .223s.

My FEO had no idea that the farm existed, but after he attended he said that he was happy for me to use a ‘.22 centrefire’.

I said that I would therefore use one of my .223s but he said no, ‘.22 centrefire only’. This obviously confused me, but what he actually meant was .22 Hornet! After a bit a discussion, I reluctantly agreed to get a Hornet of some kind. I always find it funny how these people think sometimes, although I suppose they know best?

22 Hornet isn’t exactly a state-of-theart calibre these days; it has a thin, tapered, rimmed case and produces around 750 ft/lb of energy using a 45-grain bullet. It’s a relative pipsqueak compared to the 223 Remington, which produces around 1300 ft/lb from a 55-grain bullet. However, it packs more of a punch than the rimfire 22 WMR that generates around 320 ft/lb from a 40-grain bullet. Its real advantage over the WMR is that is reloadable and is very frugal on powder, using between 10 to 13-grains reload load, depending on what type is used. Factory ammo, such as PPU, was very cheap at the time, but it has gone up quite a bit over the last decade or so. Equally, some of the ‘premium’ makes are eye-wateringly expensive compared to other larger and more commonly used calibres! Another advantage is its low signature, especially when used in conjunction with a decent moderator. All in all, and not my first choice as a fox cartridge, it has proved to be ideal for this particular location, with houses bordering the farm.

Rifles in this calibre aren’t exactly fashionable and can often be found relatively cheaply and I soon tracked down a second-hand Ruger 77/22 for £300. With a decent wooden stock, 20” barrel and a 6-round rotary magazine it was a nice, accurate little gun; I tried several brands of ammunition, as well as some 35-grain Hornady V-MAX reloads and it was shooting 1”, 5-shot groups at 100 yards, more than good enough. However, I didn’t actually shoot any foxes with it! Sure, I carried it a lot, but they were very elusive every time I went out with it; bloody typical!

Strangely, a really nice Anschutz 1430-1434 came along after I’d bought the Ruger and, when I was able to test it with the owner, using my V-MAX home loads, it shot amazingly! Two bullets in the same hole and the third making it a figure of eight at 100 yards; so, I sold the Ruger to a mate and paid a few quid more for this rather classy German offering. The 24” barrel did make for a longer overall package once a T4 moderator was fitted, but a chop job and re-crown could sort that at some stage (I’ve still not had it done!) The rifle has a detachable, 5-shot box magazine, which can be a bit temperamental sometimes when fully loaded; so, I just fill to three at a time and it never misses a beat and feeds flawlessly