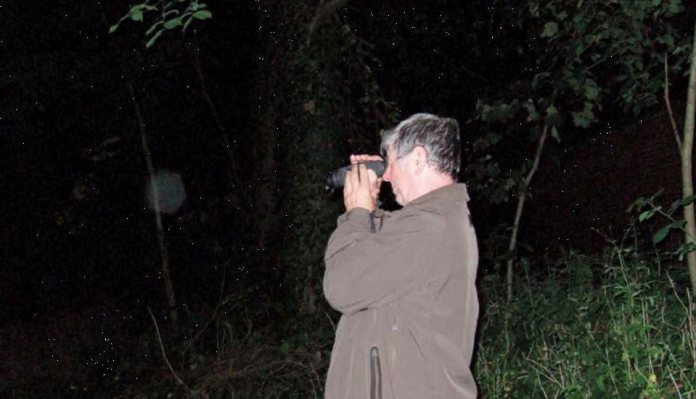 I feel lucky and privileged, as I have a hobby and an interest that gets me outdoors! Not just out but travelling all over the country and from that I have been given the opportunity to earn a few pounds by writing about my experiences passing on my knowledge. But it doesn’t end there, in addition to that, I also have the opportunity of trying out and writing about my findings on varies products after a long and lengthy field testing.

However, one piece of equipment that I have never really investigated is a thermal spotter. I’ve briefly used Pulsar’s XQ38F Helion Thermal Imaging spotting scope. But watching something in broad daylight with the grass 2” high, no obstructions or cover of any kind, is no field test but it is enough to spark an interest. But until now, I haven’t yet had the time to dedicate to such a field test.

I am not technically minded; so, embracing any kind of new technology is, if it means pressing buttons, hard for me to grasp. So, I obviously hate switching a thing on and losing valuable time waiting for it to warm up before getting a picture; equally so, with having to twist and turn dials to refocus. Not so with the XQ38F that Thomas Jacks were only too pleased to send me after a short phone conversation, arriving within the same week.

The first thing I did was to check it for appearance and for something as high tech there were few buttons; great for me is it’s small and fits comfortably in the hand and there’s no need to alter your grip to operate it. The buttons are all placed on top of the unit, it weighs 450 grams and measurers 226 x 55 x 58mm and you barely notice when it’s in the pocket!

The next step; how to operate the unit, the instruction booklet, or should I say book, that comes with, it is mind blowing and it soon became obvious I would only have time to put it through the basics (spotting) which is really all I need it for! Getting familiar with it first during day light hours so I could see what I am doing, but once it’s focused the only thing you need to know is where the OFF and ON button is! However, in different weather conditions, you may have to make some minor adjustments. Bringing a piece of equipment in and out of the pocket is something which is easily overlooked, but if you are wearing gloves, or your hands are wet or cold, it could make the difference between successful handling or not.

So, there’s a lot to consider when field testing and I know sometimes in really cold weather some such units take longer to warm up and operate. But I feel comfortable enough this time to stick my neck out and say I didn’t think there would be any problems. With all tests and trials complete during daylight hours, and feeling comfortable with the operation of the unit, it was time to take it out at night and see what it was worth. As it certainly costs a fair bit of money, which is always a consideration in terms of what it offers.

This is thermal imaging and it does what it says on the box! It detects body heat; what’s more, it can do it looking through the thickest of cover, day or night, enabling you to see things you would never see, even with the best day optics! If, like me, the majority of your sport is pest control, if you can spot a deer laying up in cover then you can plan your method of approach better, so increasing your chances of success. Likewise watching a fox at night going about its business slowly coming into range definitely gives you the edge. I have a keeper friend who must ring me five times a week, once I told him I had a XQ38F Thermal Imager. Now he’s gone one better, not waiting until my field test was completed he ordered one and talked his boss into supplying a Pulsar Trail Thermal rifle scope in preparation of the onslaught of deer in the new plantation. Other keepers also want to see for themselves the benefits of owning one.

Needless to say, it’s on top of my wish list (next year perhaps) it will certainly be beneficial to me as a pest controller, enabling me to mop up problem foxes quicker and if I manage to add to that a Pulsar Trail thermal rifle scope; happy days! Though it will never replace my lamp and rifle combination, it’s just another tool in my tool box. And when I said all I would have time for were to put one through the basics (spotting) though rigorous, here’s some of the features. The scopes are designed for use in both the day and night in adverse weather conditions fog, rain. They also allow you to see through thick dense cover, such as bushes, tall grasses, and woodland, unlike the image intensifier based NV devices, the Helion thermal imager does not require any external source of light (starlight or infra-red) and are not affected by bright light.