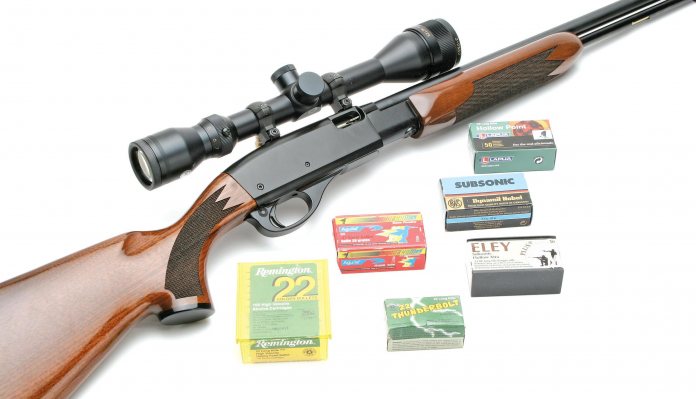 As soon as the sun peaks its head out from the long winter days the rabbits seem as magic to be visible on every field margin or woodland edge. Usually the warmer winters of late have let them breed continually with increased opportunities for shooting in most months but that can lead to more parasites and fleas that then have a detrimental effect on the bunny population.

Not so this year by all accounts, both in Surrey and Sutherland those fuzzy-faced little nose twitchers are ever present. With the warm weather the foliage and grasses have grown and thickened which gives rise to the inevitable explosion of rabbits also! That’s bad for the land owners but offers excellent sport for us rifle chaps! Rather like squirrels, crows and rats, to me rabbits are the mainstay of the sporting year offering abundant, cheap and really good shooting opportunities. Plus they still remain one of my favourite meats, I wonder what rabbit haggis would taste like?

Rabbits do not require any high tech equipment to shoot and often the best sport is had when using an air rifle as the ranges are short, less than 30 yards for a head shot and requires good marksmanship and field craft to stalk close. I have had some of my best rabbiting trips when using an old Weihrauch HW35E air rifle in .177 calibre as that one shot definitely concentrates the mind in aiming well and not fluffing it.. Although there is nothing like connecting with a bunny with the Venom Custom HW77 in .22 cal that is so accurate and consistent it allows you just to push the envelope a little further for some very memorable shots.

Really though the good old .22 rimfire especially when using sub-sonic ammunition and a good sound moderator, where discreet well aimed and humane shots can harvest rabbits to 100 yards on occasions has to be your best bet.

Bolt action rifles such as the CZ, Anschutz, Browning T-Bolt, Ruger, Sako or newer Lithgow offer reliable and accurate rimfires that last for ages and can take their share of abuse. Although there is also no denying the appeal of a semi automatic rimfire such as the Ruger 10/22 in all its guises or the, new CZ 512 that allows a super fast second shot or more, that when lamping can be a distinct advantage. I have an old Browning SA 22 take down that just shoots so well and a battered old Remington SpeedMaster that shoots .22 Short, .22 Long and .22 LR ammo with no stoppages, unbelievable and it`s accurate too.

Pump Actions too have their place like the Remington FieldMaster or the old Winchester Model 61 that is a really superb rabbit or rat rifle! It’s also both light weight and accurate and again the ability to shoot all sizes of .22 rimfire ammo from its tubular magazine makes it an old, granted, but very versatile little rabbit gun. However you can have the best kit in the world but if it is not set up correctly then you are going to have problems sooner rather than later.

With all the good will in the world I have seen some shocking .22 rimfires with badly screw cut muzzles, scopes tightened in mounts at amazing angles. But worst of all is the best sighting in range and associated trajectory drop is often ignored and it`s so simple to do and really benefits your shooting and bag size.

All rifles have their preferences for differing types of ammunition and only by testing a small quantity of each brand/type will you truly understand the accuracy potential of your rifle and down range ballistics. When you find that winning formula stick to it and buy as much of that brand and Lot number that your FAC allows or you can afford. Then you can rest assured that aside from accidental knocks, your rifle will shoot to the same zero when you pull the trigger. But more importantly is actually taking the time to shoot that rifle/ammo combination at differing ranges to determine its true trajectory drop so you can compensate in the field for a perfectly placed shot at different distances.

Because of the relative low velocity of a sub-sonic .22 you have a very curved trajectory that means that when you zero your scope at say 30 yards you actually have two zero points as the bullet raises above and drops below the line of sight. Knowing this is critical, as is at what initial range to zero at - 30 or 50 yards? As this influences the best trajectory performance from your rifle, but that’s the rub, what’s the best zero range?

Is it best to zero you rifle at 30, 50 or maybe 75 yards? I will assume that you are using sub-sonic ammunition, i.e. below the speed of sound so that a sound moderator is effective. Each brand is different which is why it is essential you test your rifle and not rely on manufacturer’s data, so get your load chronographed for an accurate velocity from your barrel length.

I use Eley Sub-sonic as it shoots the most accurately in my Sako Finnfire rifle although Lapua, Winchester and CCI work very well in other rifles. The Eley uses a 40-grain hollow point lead bullet and from my short 14.5” barrel is shoots between 1025 fps and 1060 fps velocity on average dependent on the weather and temperature conditions.

It will also shoot 5-shots into one hole at 30 yards but zeroing at 30 or 50 yards can make a big difference as to where your bullet will impact in relationship to your reticule. I use a Lightstream and also a Leupold scope that sit at differing heights above the bore. Knowing this and the actual velocity and bullet weight, I can feed the information into Quick Load and Quick Target ballistic programs that I use for printing out ballistic charts for field use.

Here are the results:- For an average of 1040 fps from the Eley Subs (See Table).

By zeroing at 50 yards you actually have less compensation for your aiming mark as the bullet stays within a 1” window or rabbit head and neck kill area size from 10 to 60 yards. You are also zeroed at 20 yards too, so close rabbits need no aiming change which is really handy if you are out lamping where judging the range in the dark is tricky. With the 30 yard zero, past 40 the bullet drop compensation increases significantly and thus there is more margin for error if you need to make a quick shot.

If you print this data out and tape it to your rifle or laminate it and keep it in your pocket it will really boost your confidence when you actually go rabbiting especially if it’s on ground that you are unfamiliar with or even on well trodden paths. Eventually it will become second nature. Rabbits can be engaged at all manner of ranges and appear from behind cover in an instant and disappear just as fast! Having a rifle zeroed so that you can make the most of its capabilities and effectively increase the chance of a kill clean makes sense.

I shoot rabbits in densely wooded Surrey, out on long rides, down hedgerows and lamp fields as well as using night vision equipment. Up in Scotland - where there is less cover to stalk - trajectory compensation is even more essential, as is knowing your bullet drift in windy conditions. It’s amazing how many people do not compensate for wind drift when using .22 subs. The range is usually short but a 10mph wind from a 90° (3 or 9 o’clock) to your shooting position can push your lumbering 40- grain sub-sonic pill an inch off zero at 50 yards. This is a clean miss on a rabbit head shot and even at 30 it`s just less than 0.5”, again enough to make your shot marginal.

The best way to determine your rifles wind drift as with trajectory drop is take the time to shoot it at differing ranges with the same target and marking the 5-shot groups fall and grouping at each individual range and at differing strengths of wind. Wind meters are cheap these days; I use a Sky Mate from JMS Arms but with careful practise it is just as easy to look at the vegetation movement in the line of sight of your bullets trajectory from you to the rabbit and just memorise what a light, moderate and strong wind does to bending the grass, fluttering of the leaves, etc.

Obviously if you shoot standard velocity HV or .22 Magnum, .17 Mach 2 and .17 HMR rounds the same approach applies to getting to know your bullets trajectory. Rabbit behaviour and fieldcraft are also paramount to good shooting and filling the game bag but getting that rifle all set up correctly is the first point of call for any successful rabbit outing. You owe it to your quarry and yourself.