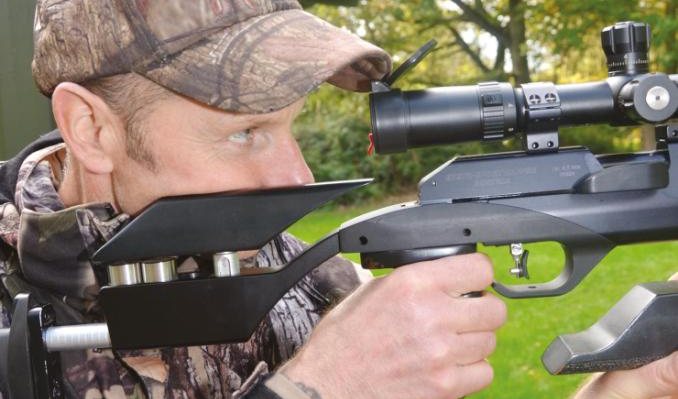 Yes, the scramble for places in the World Hunter Field Target Championships does indeed get more frantic every year, and this time round, unprecedented interest has pretty well seen the entry book come and go in a matter of weeks!

Bear in mind that the entry list was opened in late September via the WHFTA (World Hunter Field Target Association) website, and that around 340 of the 360 places were already taken up less than a month later, and it’s clear to see that the sport’s popularity is seriously on the up. In fact, by the time this article sees publication, I suspect entries to the Worlds will be full and closed, and that really is quite staggering, considering that the event doesn’t take place until next Easter!

In much the same way as Field Target has now gone fully global, with over 33 countries taking part, so HFT is showing all the sign of gaining a similar foothold. Of course in our technological age, the internet helps spread the word, and with a healthy network of clubs, forums, magazines, and dedicated outlets, interest in airguns in general is propagated like never before! OK; admittedly the entry list is still dominated by UK-based shooters, but the number from the Netherlands, Belgium, Poland, and even Australia, is encouraging to say the least.

Mid September saw the inaugural European Championships, held in Poland, and whilst I couldn’t make the trip, it was by all accounts a major success. Plenty of Brits did join the 185 entrants, and with some incredible hot weather and interesting terrain to navigate, it was enjoyed by all.

What added to the excitement was the way that shooters were sent out with other competitors with similar scores on the second day; with the result that the final stages almost become a head to head match play. Simon Vant cleared the course on day one, and so got to shoot round with Richard Woods, who’d only dropped one, making for a nail-biting finale. Yet who would bet against Mr Woods this season?

When the dust had settled, the top ten looked rather interesting- and one thing’s for sure- shooters from outside the UK are now posing a serious threat. Congratulations to Richard though, for dropping just one target all weekend!

Emley Moor has some truly superb woodland at their disposal, and so it’s always a pleasure to make the journey to their Yorkshire venue. Back to back events meant a sociable weekend was on the cards too, and come Saturday, we were all ready for action, with dry and fairly windless conditions in the offing. Given the near perfect weather, scores were admittedly on the high side, but with only three shooters posting perfect rounds, I reckon the course builders had done a great job.

Keeping it together over 30-targets is the name of the game, and whilst I had only missed one in the first 18, a mess up on a super near target, proved to be my undoing, as a loss of concentration, and a bout of self loathing followed! Dave Ramshead kept a cool head, and after a 3-way shoot off , sealed the deal. No more the bridesmaid, Dave has found winning ways indeed, leaving top shots Chris Cundey and Alex Larkin, to lick their wounds and rue what might have been.

Other notable scores included young Tom Willingham posting an excellent 57, but shot of the day just had to be Nick Hopkinson, who posted a truly fantastic 59ex60 using a .22! Anyone who has shot the heavier calibre knows how you need to be very accurate indeed with range finding, and for Nick to miss just one target is simply incredible shooting.

Sunday duly arrived, and the forecast was grim indeed for anyone shooting in the morning. Thunderous rain, bang on cue at around 0915, put a dampener on proceedings, yet several shooters held their nerve and showed their class. Dave Ramshead, shooting consistently well of late, banged in an excellent 59, but this time round, Justin Grice, himself no stranger to the rostrum, took top honours, after edging Dave in a head to head shoot-off. Well done chaps. Brilliant shooting in the circumstances.

And so, as another year zaps past in a haze, we’re left with the final HFT Masters shoot, switched to Maldon at the last minute, and then the end of season Gathering; the shoot for which we have to qualify, by coming amongst the top 10 competitors at any of the UKAHFT National rounds throughout the year. I scraped in for the Gathering at Emley, but it’s time to up my game. Back to the gym!

In addition, details of the new HFT Masters events can be seen at www.hftmasters.net