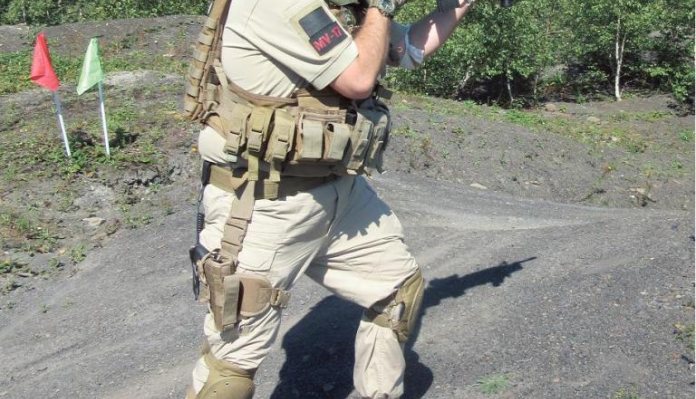 Many airsoft friends based in the north of England regularly head up to the likes of Land Warrior and Section 8 Airsoft; with new sites opening, the lure of ‘Scottish Airsoft’ is very strong indeed. As I write this, I ask myself yet again why I have never made time to play whilst visiting Scotland and I feel that this is something I should most definitely rectify. If you are lucky enough to live up that way or indeed feel the need for an ‘airsoft fix’ whilst you are in Scotland, then the following sites should really give you a ‘grand day out!’

Airsoft Edinburgh, part of the Land Warrior Airsoft Ltd. group, was formed in 2007 by airsoft players for airsoft players and the guys are a dedicated team who love nothing more than getting dirty and having a laugh with those who take part in our favourite game!

With a premier retail store located within a 20-minute drive, Airsoft Edinburgh offer an excellent game site with full packages for new and old players alike. The site itself offers some 70-acres that has been upgraded and developed well since they opened. There are now structures in the woodland and vehicles such as their ‘432 APCs’ and Land Rovers for players to be ferried around in and fought over.

The safe zone is well organised with covered tables and signing in is easy inside the large shipping container, which doubles as site shop and rental area; anything purchased on the main shop website can be picked up from the skirmish site if you order in advance. The gates open at 9am; games start at 10am and end at 4pm.

The day is always varied and never quite the same, as the guys alter and change the game over the year, taking into account the level of experience on each team and the weather.

Knowing Scott and the LWA team as I do, I am certain that the games offered are anything other than the norm, as they all have experience as players at some of the best and most hard-core games both in the UK and overseas; so, you’ll be assured of a great game day with them!

370fps with full auto 370-500fps Single Shot with 25M engagement, player must be able to gauge 25-metres and should carry a side arm.

Two-tone rifles may be used. We will remind you that spray painting without playing the required number of games is illegal.

One of the site names that always comes up in relation to airsoft in Scotland is that of Section 8 and it’s a site that has a righteous following for a very good reason, as it’s reckoned to be one of the largest airsoft sites in Scotland, and among the biggest in Europe! Section 8 boasts over 1400-acres of woodland, with many features and a considerable variety of terrain available for you to play. They have regular ‘Walk-on’ game days every two weeks, with a selection of rental packages to choose from. They also run a wide variety of game modes and areas to keep things fresh and entertaining! Section 8 is very well-known for being a welcoming site to all players, especially those new to the sport and of all ages and backgrounds; their usual game day runs from 9am until 4:30-5:00pm (daylight, weather and player numbers permitting). Section 8 is also ‘home’ to airsoft-cameraman and videographer, ScoutTheDoggie, who has a channel of airsoft videos, most of which have been filmed at Section 8. These will give first time players a good idea of what to expect.

The Depot was set up in 2013 by a team of experienced site operators, with the aim of bringing large scale CQB to Scotland for the first time. At The Depot, you’ll get fast and furious CQB games across two floors, seven stairwells and over 150,000 square feet of indoor space. This is the largest in-play area in an indoor site in Scotland by a considerable margin and, being in the heart of Glasgow (near Hampden Stadium) makes it one of the best-placed and very easy to access for most players.

The Depot run fortnightly walk on game days on a Sunday, which anyone can attend, whether you are a regular airsoft player or you just want to try airsoft out and don’t own any kit. They also occasionally run night games, suitable for experienced players with their own kit only and these are advertised on their Facebook page. The Depot is a fully indoor site with ample on-site parking, a seated safe zone, complete with lockers, toilets and an on-site shop stocking airsoft essentials, cans and chocolate bars. You won’t find quite so much airsoft under one roof anywhere else in Scotland! Please note that Under 18s require full face protection and parental permission, and Under 16s require full face protection, in-game supervision and parental permission; under 13s cannot play at The Depot.

Single Shot Only. No full auto or burst fire; 350fps hard limit on 0.2g BB; hot guns found in game go home with their owners! In addition to the three excellent sites listed above you can also give airsoft a try at Players of War (playersofwar. co.uk), The Fort (fortairsoft.co.uk), and Fife Wargames (fifewargames.com).

All the sites also have busy, regularly updated Facebook and other social media pages which include photo galleries of both the site and past games, so these are well worth a look. If there are new sites that I’ve missed, then please feel free to contact me and I’ll endeavour to add you in a site update at a later date!