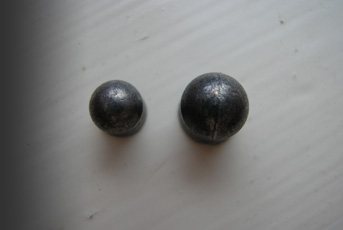 Hunting with an air rifle is an art and a worthy pursuit when done properly. With rumours currently doing the rounds that the rabbit population is back to full strength, there has never been a better time to get out into the countryside (having obtained the necessary permission of course!) and do our bit in the name of pest control.

Hunting is great sport as long as we show the proper respect for the quarry! Preparation and research are the names of the game, and no self respecting hunter go out without first having taken every step to familiarize themselves with their equipment, so maximising their success potential.

For ‘success’ read clean kills and with an air-rifle, running at the legal limit, the shot needs to be well placed to stand any chance of instantly despatching the quarry. Anyone who has shot squirrels and rats for example, will recount what tough little critters they are, and nothing short of accurate head shots should be contemplated.

What equates to a clean kill is basically the coming together of several key factors, not the least of which is the pellet connecting with the animal’s head… The ballistics involved are fascinating, and a vital consideration. Obviously accuracy and trajectory play a fundamental part, but where hunting is concerned, energy retention and penetration of the projectile are of equal importance.

The age old question of .177 versus .22 will inevitably arise here, and there are pros and cons to support both sides. Take a look at the head-on view of a .177 pellet alongside its larger calibre stable mate, and the surface area partly illustrates just why the larger projectile imparts significantly more shock to the target on its arrival. With conventional .22 designs being on average, twice the weight of the comparable .177, they really do pack a relatively hefty punch on impact. Yet with the lighter .177, at sub 12ft/lbs, the significantly flatter trajectory means that hitting the target accurately in the first place, is somewhat easier.

Take the ever popular JSB brand (which can be labelled JSB, Daystate FT, Air Arms Diabolo Field, etc.) just for example. A .177 JSB zeroed at 35yds would drop around 1.25” at 45yds, whereas the .22 version would do around 3” at the same range. So already a significant disparity, and a huge opportunity for a badly placed shot if the range is incorrectly judged. In these days of laser range-finding equipment, technology can be on our side, but when the adrenalin rush takes hold, and against the elements, many hunting scenarios can still be extremely demanding. Bear in mind that realistic kill areas on live quarry can amount to around one inch in diameter or less, and there is little margin for error. The old adage that effective range is basically the range at which you can confidently and consistently place your pellets within such an area, still holds true, and practice and more practice is the order of the day,

Virtually every airgun expert will tell you to use the traditional dome-headed waisted design of pellet, as it is has proved to be the most accurate shape for accuracy, but what other choices are there?

Pointed designs, such as H&N Pointed; H&N Coppa Point, and Beeman Silver Jet, are all consistently well made, with above average penetration. One drawback with this style, however, is that the point on the head can become deformed and pushed out of alignment, undermining the pellets gyration in the process. Unstable projectiles =  inaccuracies that we can ill afford against live quarry, so, as always, looking after the pellets with padded tins and pouches to prevent damage, makes sense. You also need to watch out for over penetration – you want to deliver as much of the pellets kinetic energy and mass to the target as possible.

Hollow points such as H&N and Crosman, should in theory at least impart more energy to the target, as the hollow is supposed to cause the pellet to deform and spread on impact. In my experience, accuracy can suffer down range, whilst deformation can be less than dramatic.

Flat headed ‘wadcutters’ can be very effective at relatively close quarters on rats for example, where shock value is paramount, and the long range limitations become irrelevant.

Heavy weight designs such as Bisley Magnum and Barracuda Match, whilst relatively conventional, are best suited to pneumatics, with their inherently slow build up of air in the barrel. These highly popular pellets can be extremely accurate in the right barrel, but the more pronounced trajectory will need to be mastered before any field trip.

One British-based manufacturer, Prometheus Pellets, has certainly kept busy, being responsible for some of the most radical designs on the market. With such brands as Logun Penetrator and Rangemaster in its line-up, this go-ahead company has certainly kept abreast of the competition.

The Penetrator has a long, parallel sided body and above average weight (9.5grains in .177), and has built up a reputation for - as its name suggests - supreme penetration. With superb tolerances in its manufacture, this impressive pellet can be very accurate in the right barrel too. The shiny appearance is the result of a higher than normal antimony content, which means the pellets are fractionally harder than normal, and less prone to distortion.

As for the Rangemasters, this relatively new design has been making quite a stir for several reasons - not least the price! At around £17.99 for 500, this must be one of the costliest rounds out there. Yet take a closer look at the spec, and it’s not so easy to dismiss them. Whilst similar in weight to JSB (8.5gr against 8.44gr in .177), the stubby design can really hold it’s own down range, recording greater consistency, tighter groups, greater energy retention, and less wind deflection than it’s rivals. The downside is that in my experience, the still air groups are, more often than not, slightly less impressive. As always, performance and expectations have to be viewed with compromise in mind. Playing to the strengths of the pellet, and matching this with the task in hand. (i.e. If most of the proposed hunting is to be close range work, then optimum accuracy has to be born in mind.) Where longer range shots in more exposed areas are on the cards, the Rangemaster can really shine.

One further radical design from the Prometheus stable is the Piledriver. I was lucky enough to visit their factory a while back, to witness some testing of this radical super-heavy hunting round - and there’s no doubting the sheer efficiency of the design.

The Piledriver weighs 21grains in .177 and a whopping 30 grains in .22, and whilst the smaller calibre can be shot at legal power limits, the .22 is strictly for FAC rifles. What’s termed a ‘boat-tail’ design, sees a domed head, and a long, straight-sided body covered in tiny ribs or ‘splines’, which connect with the rifling. The key selling point is energy retention, and the test results shot over 25yds were rather impressive.

At legal limit velocities, the .177 Piledriver lost just 2.4% of its initial velocity, against nearly 10% for the JSB brand. At FAC 30ft/lbs, the .22 Piledriver lost a mere 1.3%, which is fairly staggering. Equally intriguing was the demonstrated down-range consistency. At the muzzle, the Piledriver against JSB, registered 8fps and 9fps respectively. Yet at 25yds, consistency was 12fps for Piledriver, whilst the JSB had stretched to 25fps. Food for thought indeed, yet as always, there’s no substitute for conducting your own research as to how these and other pellets suit your particular rifle/barrel.

Having mainly shot .177 over the years, I have had somewhat mixed results when hunting. Recently I’ve had a string of rabbits that have still managed to move a short distance, even after a registered head shot, which has made me re-evaluate my approach, and consider further experiments with larger calibres and pellet designs. As a result, I seem to be moving towards sticking with .22 for hunting, and have certainly had far more clean kills with this calibre (Daystate FT incidentally) of late.

One thing is for sure - there is no shortage of options out there in today’s vibrant airgun market… just remember to do your homework!