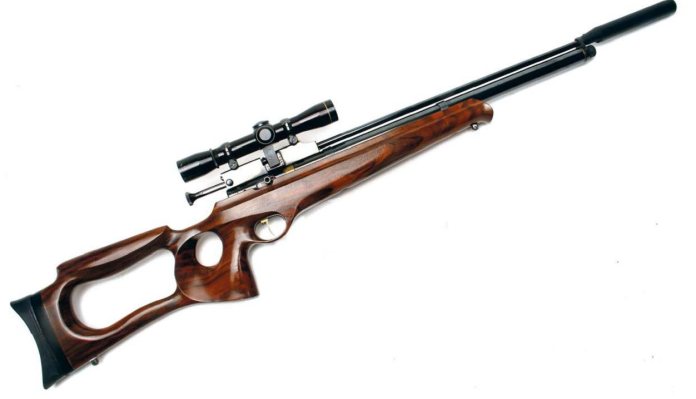 With the definite move these days into alternative pellets for air rifle use and the advent of superior barrels, rifling twist rates and specialised smooth and choked barrels, we have never had so many different pellets on offer to test in our guns. This is great because the projectile is the only part of the gun that connects with the game, so you had better have chosen one that shoots well!

There has been a shift away from the more conventional waisted lead designs, towards pellets that have a more firearms/rimfire projectile look, with a far deeper hollow point for superior down range performance with regards to expansion.

These pellets largely exist due to the new wave of high-tech FAC-rated air rifles on the market, for which H&N has developed a new pellet called the Slug HP. As the name suggests, it’s a more conventional straight sided projectile with an ogive front section and a large/ deep hollow point at the meplat.

They are designed for FAC rifles and not for standard-rated 12 ft/ lbs guns. This is due to their heavier weight, which means that they can be shot precisely at 50, 100 or 200 yards. Their distinctive streamlined shape develops superior down range Ballistic Coefficients (BC), so the trajectory is as flat as possible and retained energy is maximised at extreme range too.

Available in .22 and .25 calibre, I had the .22 version on test, which are available in differing weights and two diameters to suit the variety of different barrel profiles and power levels. I had the sample packs that have five differing weights from 21 to 30-grains and two different diameters of 0.217 (5.51mm) or 0.218 (5.53mm). These retail for about £14.99 from Uttings, whilst the tins of 200 pellets (individual size and weight) retail for £13.99.

A minimum muzzle energy of at least 25 joules (18.4 ft/lbs) is suggested, but 40 to 60 joules (29.5 to 44.0 ft/lbs) is recommended. Also, barrels with a shorter twist rate that are specifically made for slugs, will produce better results. Surprisingly, there is a warning on the back that reads: ‘Not suitable for standard FX smooth twist barrels’, which is a shame.

Looking at the pellets individually, they are very well made and are all visually inspected by H&N, as one has come to expect from this company. A significant detail is that the slugs are coated with a special lubricant to reduce barrel friction, but they are not too greasy to the touch.

Each Slug is individually swaged to maintain a close tolerance on dimensions, ultimately improving accuracy and helping to produce more consistent velocities. Plus, the soft lead construction and hollowpoint design help to maximise energy transfer on impact.

For the tests, I used an old Falcon Hawk FAC rated air rifle pushing out nearly 30 ft/lbs, as it has a more conventional barrel and rifling twist suited to the H&N slugs. I was looking forward to seeing how the different pellet weights and diameters would behave. From a full charge in the unregulated Falcon with the 21-grain pellets, I had a spread of 804 to 818 FPS for the first ten pellets before the power slowly dropped off.

Looking at the results, you can see there was not a lot of difference in terms of velocity or energy between the different sized slugs. However, the smaller 5.51mm did seat more easily in the Falcons chamber and show slightly higher velocity and energy figures as a result. Overall, nice consistent and healthy energy figures all round. Accuracy was the deciding factor, as this rifle preferred the slimmer 5.51mm pellets. At 30 yards there was not a lot to choose between each slug size and to be honest, any variations were probably caused by me! However, at 50 yards, the 5.51mm pellets for the differing weights seemed to achieve smaller group sizes, and only the 27-grain was worse than the 5.53mm version.

Another really nicely made and innovative airgun pellet from H&N. Yes, they are designed for the FAC market, but they are still a good quality alternative and cost-effective slug-type pellet for hunting. The sampler packs make financial sense as they allow you to identify your individual rifle’s preferences before committing to a tin of 200.

I have a few more FAC rifles here, so will be testing the Slug HP out to further ranges and against rabbits and crows.