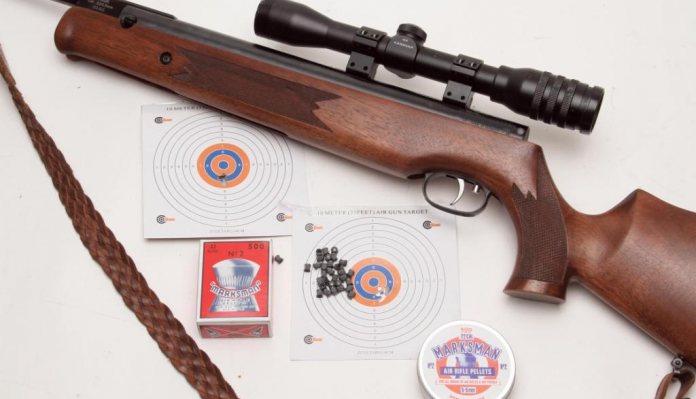 Most airgun pellets used in the UK are imported but we still have home-produced ammo, made in Birmingham by Lincoln Jeffries ltd, who makes the Marksman brand. They are traditionally–styled pellets, with ribbed bodies good for short-range pest control and good old fashioned back garden plinking, they’re just the job. In fact, for use in more modestly-priced airguns, they’re perfect; if the ranges are relatively short! The company is owned and run by the descendants of George Lincoln Jeffries, inventor of the famous Lincoln air rifle and it’s great that they are carrying on in the face of foreign imports. Pellets are available in .177, .22 and .25 calibres and they have been exported all around the world with huge quantities being distributed to Canada, Australia and South Africa. In the 1970s, production figures of 25 million pellets a week were required; such was the popularity of the Marksman brand. Options include .177 Marksman Roundhead, in boxes of 100, 200 and 500, as well as tins of 500. .177 Marksman Pointed in boxes of 200, 500 and tins of 500: .22 Marksman Roundhead in boxes of 500 and tins of 500 and .25 Marksman Roundhead in tins of 200.