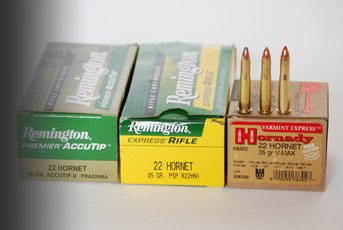 When it comes to calibres I try and experience as many as possible as there’s some good stuff out there. This has lead me to adopt a number of non-standard cartridges that have more than proved their worth. However, some of the more popular offerings are right on the money whereas others are perhaps not as good as we are lead to believe.

The choice is huge, US and metric options and the classics that seem to have been around for ever. There are some good performers given their usage no doubt; but does a wider choice throw up better, or more practical alternatives? Or does it confuse you so much that you just play safe and stick with 223 Rem and 243/308 Win etc?

A lot of shooters are affected by their peer group in terms of calibres, often with what’s best being dictated by friends, clubs or regionally. In Scotland for example 243/308 Win are seen as more than enough up on the hill, with comments to anything bigger going; well that’s really a wee bit big for up here.

In South Africa bigger is apparently better and when I was there my PH was not too keen on my 270WSM despite the fact I one-shot killed all the animals on offer. His view was .30 cal minimum with entry level being 30-06 or 300 Win Mag; two great calibres no doubt. In the end I offered him a deal; put me in front of a gemsbok and if I did not kill it with one shot I’d pay! But if I did it was free; he declined…

Truth is it’s all about bullet placement and the correct choice of projectile and less about energy or speed, but there are definite horses for courses. I am also an advocate of the bring enough gun theory; certainly on big and tough animals. However, the reverse is also true as you don’t need a 375 H&H or even 30-06 Springfield to shoot British deer, the latter is not a bad choice but can be a little over kill at times…

This article is not a direct comparison of every calibre though I shall use a few to illustrate my points. Instead it’s a rough guide of what you should be looking for in a cartridge for species both foreign and domestic.

In the UK non rimfire hunting use is often dictated by species with foxes, long range rabbits, hares and carrion birds all tending to be what I term as smallbore centrefires – .17, .20 and .22”. Some of these as we shall see are also small deer legal.

Deer species - muntjac, Chinese water deer (CWD) roe, fallow, sika, red and red/sika hybrids pretty much start at 6mm (.243”) upwards. Main differences are regional exceptions as the smaller species muntjac, CWD and roe can be taken with a 22 centrefire within certain bullet weight/energy parameters. The last only in Scotland but not England and Wales.

In England and Wales only muntjac and CWD are permitted to be taken with a 22 centrefire with a minimum requirement being a 50-grain expanding bullet generating 1000 ft/lbs. This is only a recent change in the law too. For all larger species including roe (England/Wales) entry level is 6mm giving 1700 ft/lbs.

Before we go any further a word on reloading versus factory ammo. If you roll your own or are going to; the world is your oyster as there are many fine calibres out there not available over the counter. I tend to load for all my rifles, even the standard cartridges, as it allows me to produce exactly what I need.

My 6.5 Grendel is a good example; this PPC-inspired intermediate cartridge has near become the one gun solution for fox, muntjac and roe and at closer ranges the bigger species too. It easily makes 1800 ft/lbs + and is light in recoil, easy to moderate and accurate. Currently no factory bolt-actions exist so it’s a custom job and reloading only. Despite its ability do you really want all that hassle?

If reloading is not your thing then you need to consider availability, which means you are at the mercy of what the gunshop regularly stocks. As we shall see, there are a number of popular cartridges in the UK that are pretty much available across the board. I doubt if there is anywhere in the country that does not stock 243 or 308 Winchester. However, not all retailers are that knowledgeable or adventurous. For example the chance of getting 338 RCM (Ruger Compact Magnum) could be slim to non existent. So make sure the gun you are buying can be easily fed; despite what the man selling it to you says!

Calibre choice for vermin species and small deer starts at 6mm downwards. Cut off for deer is .22 providing it can throw a 50-grain bullet with 1000 ft/lbs of energy. Anything below this requirement can only be used for foxes etc; even if it can make the figures. So it’s plain to see choosing wisely will get you a double duty rifle.

Entry level these days is 223 Remington, the old 222 is good though not as powerful and becoming less popular. Given rifling twist rates hunting bullet choice goes from 40 to 60-grains, plus this calibre is easy to moderate. I use a 60-grain Hornady SP in my 1-10 twist Mauser M03, which is equally good on foxes and muntjac out to 200-yards +.

The 22-250 Rem, which is near enough a 308 case necked to .22” is considerably faster than the 223, the factory twist rate is normally 1-14” which limits bullet choice to 40 or 50-grains. Some guns will shoot 55s others not! Louder but with more clout this will extend your effective range/power ceiling over the 223, but it’s not big deer legal.

The 220 Swift is the daddy of the standard 22 centrefires and specialised, given it needs a long tube to get the best out of it. It also has a rep as a barrel burner. The large case can push a 50-grain bullet in excess of 3800 fps and to give an example of how much more it offers; my 223 Rem, 60-grain load is doing 2890 fps/1100 ft/lbs. A comparable Swift is clocking 3600 fps/ 1720 ft/lbs, but at the expense of barrel life, noise and recoil. More an enthusiast’s choice…

Likewise the 22 PPC, which originally started life as a bench rest competition cartridge. Capable of throwing 40 – 55-grain bullets at 3300 to 3100 fps it’s very much a 223 in terms of what it offers but is superbly accurate. With the scarcity of factory ammo and rifles this is very much a reloading/custom route and one much appreciated by those looking for surgical precision. The 6mm PPC is similar just throwing a bigger bullet that is right on the line of large deer legal…

The 6mm really means only one cartridge; the 243 Winchester. Capable of launching bullets from 58 to 100-grains it will do everything from foxes to large deer given the correct load and will really suit the one-gun-hunter. Easy to moderate and recoil-friendly I shall be looking at it in greater detail in Part II next month.

The real question with this group of centrefires is bullet choice. For foxing-type duties the more frangible types – V-MAX, varmint hollow point etc., are favourite, as you are looking for maximum damage on a light animal. Fine for small deer if you can guarantee a head or neck shot, which is not always possible or feasible. However, body shots (behind the shoulder) with these types of projectiles can do massive tissue damage, often writing off the whole front end as edible meat…

The 17 Remington is essentially a 223 case necked down to .177”, the idea is a fast, flat and accurate round, which it is! However, perfromance can suffer through lack of cleaning and it’s very wind affected. The 17 Rem was hailed as the ultimate fox round but soon interest dropped and it’s not popular today. The 204 Ruger (.20” cal) is really an attempt to bridge the gap between 17 and 22. Using a necked down, 222 Rem Mag case it’s technically a better design, however and despite is ability has never proved popular in the UK.

Finally 22 Hornet, this is probably the smallest and oldest 22 centrefire and not legal for deer or any size. Generating around 700 ft/lbs with 35 to 45-grain bullets it’s a nice close range foxer, but rifle and ammunition quality fluctuates that it has a varied reputation on performance. But if you have a small amount of land and get the right gun/ammo it’s a quiet and effective choice up to 150-yards +.

As can be seen the 223 Rem is really the off-the-shelf choice in this group. OK it may not have the range/punch of the 22-250 or 220 Swift or the rep of the PPCs, but at realistic distances and with its generous choice of bullet weights it’s hard to beat. The 243 Win is the best all-rounder and if you are considering a 22-250 Rem it’s better to make the jump to this 6mm as it will do it all with a wider bullet weight choice and not limit you on species either!

Next month; the choice widens with deer and large game cartridges, plus intermediates and is there such a thing as the ultimate calibre?