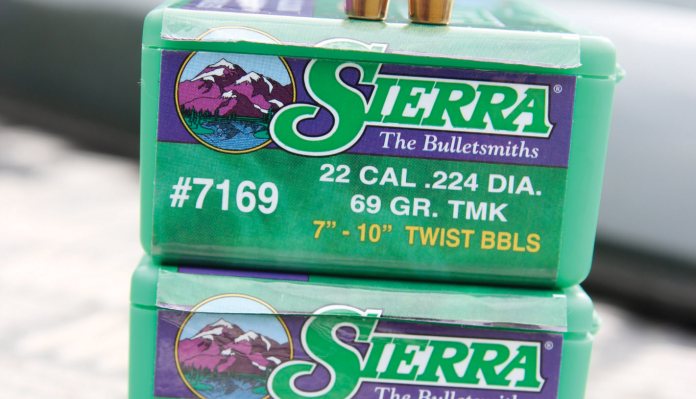 Most respected is Sierra’s Boat Tail Hollow Point (BTHP) MatchKing range. They have recenelty added a new model called the Tipped MatchKing (TMK), which does away with the slim hollow point nose and replaces it with a synthetic tip, which offers more consistency and is magazinefriendly too. In .224” there are two TMK options 69 and 77-grain, these do not replace their BTHPs of the same weights as they’re still available in 52, 53, 69, 77, 80 and 90-grains. All MatchKings offer variable ballistic coefficients (BC) as to velocity and comparing the TMKs to the 69 and 77-grain BTHPs shows considerable increases in the BCs.