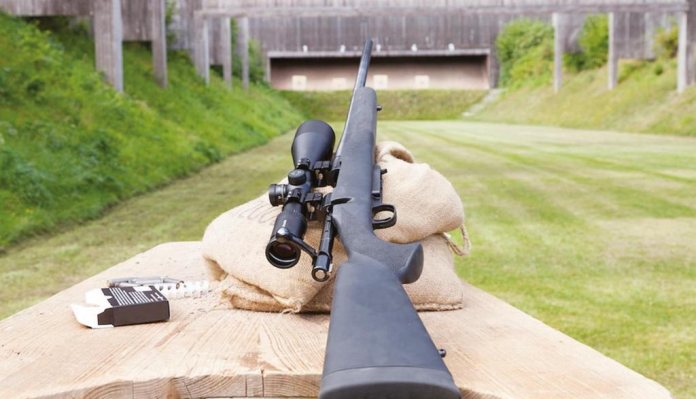 Let me begin my post-scripting the REACH sermon of a couple of months ago. I missed Hodgdon H4350 from my list, but if you have any doubts about it, please refer to this page at Edgar Brothers: https://shootingsports.edgarbrothers.com/ pages/H4350.aspx I note that a few vendors hint that a no-deal Brexit (you may have heard of it!) may result in a revocation of the REACH rules here in Blighty. NOT A BIT OF IT. I have written assurances from both HSE and (at the time of writing) the appropriate Minister as well as my local MP. REACH is a one-way street, rather like UK firearms legislation. This is from the HSE;-

REACH: What you’ll need to do in a no deal scenario

In a no-deal scenario, the UK and the EU regulatory agencies would operate independently from each other. If companies are supplying and purchasing substances, mixtures or articles to and from the EU/EEA and the UK, they will need to ensure that the substances, or substances within a mixture/ article, are registered with both agencies (ECHA and the UK Agency, i.e. the HSE) separately, by an actor within their own supply chain, in order to maintain or gain access to both markets.

OK, back to this month’s topic. How many of us have worked up a great load for use at ranges greater than 800 yards, only to find that it appeared to perform differently on the next outing? A good group in the wrong place. When it happened to me I blamed the weather, the gun, the scope, the shooter; everything really! I put some of the rest of the batch over the chrono, yup, it was within a gnats of the development load. Had the scope moved, had I changed the settings? Was the rifle fouled? Not really, I’m an anorak about cleaning and maintaining a cold barrel zero. What about atmospheric conditions; humidity, temperature, wind direction and so on? I had corrected where necessary and anyway, the error did not match these changes.

I confess that I’m a simple soul, so it took the best efforts of an ex-army colleague to try and explain what was going on. ‘Were the cartridges fired on the same range’ was his first question? No, they were in different parts of the country. ‘What compass direction did the ranges face, was his second? I hadn’t a clue! It turned out that one pointed roughly North West and the other was more or less East North East. ‘You’re not a sniper’ he observed. Ouch!

He patiently explained that the inconsistencies were the effect of the Earth continuing to rotate whilst I fired my shots. Two dynamic effects that changed my POI were the Eötvös and the Coriolis Effects. Sounds like a fancy sunset to me. I’d not heard of them either! I quote from Wiki;-

In the early 1900s (decade), a German team from the Institute of Geodesy in Potsdam carried out gravity measurements on moving ships in the Atlantic, Indian and Pacific oceans. While studying their results, the Hungarian nobleman and physicist Baron Roland von Eötvös noticed that the readings were lower when the boat moved eastwards, higher when it moved westward. He identified this as primarily a consequence of Earth’s rotation. In 1908, new measurements were made in the Black Sea on two ships, one moving eastward and one westward. The results substantiated Eötvös’ claim.

In physics, the Coriolis force is an inertial or fictitious force that acts on objects that are in motion within a frame of reference that rotates with respect to an inertial frame. In a reference frame with clockwise rotation, the force acts to the left of the motion of the object. In one with anticlockwise (or counter-clockwise) rotation, the force acts to the right. Deflection of an object due to the Coriolis force is called the Coriolis effect. Although recognised previously by others, the mathematical expression for the Coriolis force appeared in an 1835 paper by French scientist Gaspard-Gustav de Coriolis, in connection with the theory of water wheels. Early in the 20th century, the term Coriolis Force began to be used in connection with meteorology. For our purposes, the effect of the two forces can be considered to act in concert.

So, how do we deal with it? Well, if you’re shooting at distances of (say) less than 500 yards, the effects are so small to be disregarded. Beyond that range, the first components to consider are the compass direction of fire and your position relative to the equator. One aspect increases the deflection error as you approach the poles, the other increases the deflection error as you approach the equator. To summarise, from a mathematically correct point of aim with all other factors being equal:

If we add the calculation for spin induced drift, then the figures can either add together or partially cancel each other. In extremis, the sum deflection from these two factors can add up to over 30” at 1000 yards for a good .30 calibre load. This is why your modern ballistics calculator app needs to know the direction of twist, as well as the geography of your intended shot. That miss may not have been from a poor reload after all.