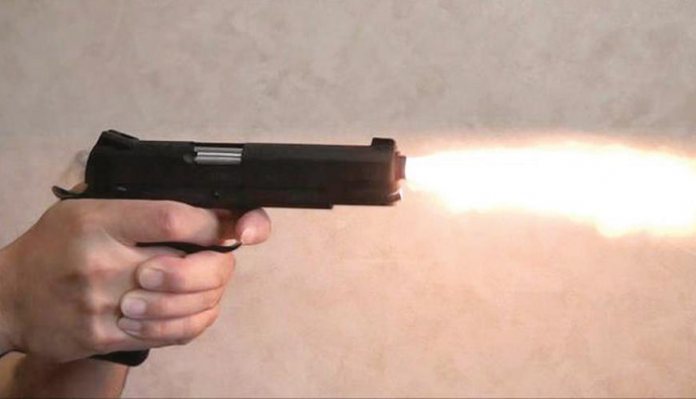 The recent rash of new, ‘revised’ or re-engineered smokeless propellants provides a timely opportunity to take a further look at the engines used to propel our projectiles to their targets. The changes have been largely driven by the legislative demands of the EU body “Registration, Evaluation, Authorisation and Restriction of Chemicals” (REACH). They have required manufacturers and commercial consumers of chemicals to reduce, control and even remove a vast list of compounds deemed to have serious health risks. This has resulted in the dropping or reformulation of a wide range of propellants and the introduction of new, ‘cleaner’ recipes.

Whilst we use a few simple collectives to describe our powders- single, double and (rarely) triple base, they are in fact much more complex and diverse. However, a treatise on their detailed chemistry would take many more pages than your editor would allow, so we’ll keep things reasonably simple – and relevant.

In the great scheme of things our smokeless propellants do not qualify as a high explosive. Indeed, for the purposes of accelerating our projectile along interference fit tube, the use of a high explosive would have catastrophic results. What we have are low explosives. Explosive materials may be categorised by the speed at which they expand. Materials where the front of the chemical reaction moves through the material at greater than the speed of sound are said to detonate and qualify as high explosives. Materials that deflagrate are said to be low explosives. In a genuinely ‘high’ explosive the wave can move at over 7000 metres/second.

Explosives may also be categorised by their sensitivity. Sensitive materials that can be initiated by a relatively small amount of heat or pressure are termed primary explosives, whilst those that are relatively insensitive are categorised as secondary or tertiary explosives. The accepted chemical definition of a low explosive is that they are usually a mixture of a combustible substance and an oxidant that decomposes rapidly (deflagration) with their rate of deflagration influenced by the containment pressure. A graphic illustration would be to initiate a small amount of RDX (a High Explosive) and a similar mass of smokeless propellant placed on ovenproof dishes.

The unconstrained propellant would fizz, smoke and glow, leaving little trace on the glass, whilst the RDX would fragment the dish, as its speed of detonation was so great that the atmosphere acted as the containment force. It detonated in the same manner as the tiny amount of high explosive that does exist in our cartridge – the priming compound. What they ALL have in common, is the fact that they are entirely selfcontained – that is, they do not require an external source of oxygen (oxidiser) or any other ingredient in order to react. Think about it, petrol could not be ignited on the surface of the Moon but you could fire a rifle cartridge – and in the vacuum of space the bullet would keep going almost forever!

Coolest burning of our smokeless propellant types are the single base materials. Their primary ingredient is nitrocellulose, a development of guncotton. They are blended with a range of chemicals that slow the rate of organic decay, affect the rate of deflagration and improve U.V. and static resistance. Other surface coatings, such as graphite, enhance these properties and assist in the reduction of deterioration and reduction of flash. Most extruded rod and pressed flake designs are single base.

Double base powders have the addition of nitroglycerine in the blend. Binders, deterrents and stabilisers are again used to enhance the finer properties of the recipe. Almost all ball (spherical) powders are double based. The addition of the nitroglycerine increases the deflagration temperature compared with single based designs of a similar performance range. They are also generally considered to be dirtier when fired.

Whilst the speedy detonation properties of nitroguanidine (Picrite) have been known for over a century, it has found only limited application in modern small-arms propellants. It was used to modify the performance of Cordite to create a triple based propellant back in the 1930s. However, it is now used in a number of very fast, customised triple base propellants, often as ‘starter charges’ in medium calibre and large calibre munitions. One large producer is the Ordnance Factory Board of India, who offers a significant range of 105 and 130mm shell grade blends in extruded rod and cord form. General Dynamics did not respond to my query regarding triple based propellants but I believe that it is one of the types used in the 30mm GAU 8 Gatling cartridge. Closer to home, you’re often sitting pretty close to a dollop or two of nitroguanidine – it’s used in most types of airbag.

The multitude of powder kernel shapes and sizes have not come about by accident! Some, such as the ball (spherical) or rod profile are in part a consequence of their manufacturing process but the control of shape is fundamental to the performance of the kernel, be it ball, flake, tube or grain. Whilst it happens at speed, solid low explosive propellants deflagrate on the surface and progressively consume to zero. The surface coating or coatings may have an influence on the start of the process but thereafter the rate of gas production for a given propellant is a function of the surface area of the material and the containment pressure. The ball or spheroid starts with the greatest rate and progressively slopes to zero as the 4πr² area reduces. At the other extreme, multi-tubed rod/bar artillery designs actually get faster as their surface area increases slightly during the process. The nearest to a linear delivery (from the most common types) is from extruded tube designs.

So, what have we learnt? Changes to some existing types will have had a subtle impact upon their behaviour, aka performance. The name and part number on the tub may be the same but in a number of cases the ‘actual manufacturer as well as the chemistry’ have changed. However, as we are not party to the specifics of these, we should make a habit of referring to NEW load data from the manufacturer/packer of the powder whenever we acquire a tub bearing a LOT Number that is new to us. If we are reloading at the high end of older charge data, then good practise demands that we rework the load from a lower start point. Do not assume that the changes to the chemistry have resulted in ‘healthy’ powder! Always wear latex or nitrile gloves when handling the material and remember to return unused powder to the original container. NEVER leave powders exposed to U.V. or the dry heat of a warm house.