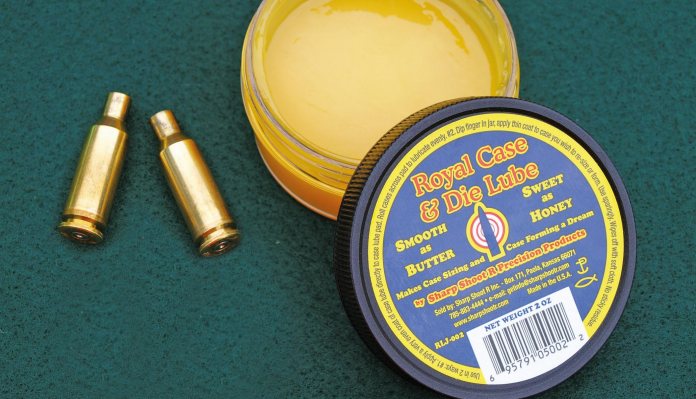 Getting tecky they are called energetic materials. Let’s briefly look at the steps that moved us from smoky gunpowder (aka black powder) to the diverse spectrum of almost 200 designs of small arms propellant on the market today.

We have to begin by recognising the significant difference between detonation and deflagration. In simple terms, detonation is an ‘all at once’ release of energy, a true explosion. Deflagration is also a self-contained chemical reaction (requiring no external oxygen or other chemical input), but here the rate of reaction is related to containment pressure. Modern ‘energetic’ chemical compounds really started with the accidental discovery of nitrocellulose in 1846. The early, undeveloped ‘explosive’ form better known as guncotton. It was remarkably smokeless but, as the original discoverer observed, it detonated. It was just a year later that the invention of nitroglycerine was recorded. Trouble was, when triggered it also detonated. It would be another couple of decades before a practical, deflagrating propellant material became available. Again, the base of the material was nitrated cellulose but the chemistry was better controlled. It was called Schultze Powder.

The 1880’s saw a flurry of new nitrated cotton propellants that were safer and more or less stable! The first, in 1882 was EC Powder. It was a UK development with excessive pressure sensitivity, making best suited to low pressure shotgun cartridge use. A couple of years later the first flake small arms propellant was developed by French chemist Paul Vieille, to distinguish it from BLACK powder it was called WHITE powder, Poudre Blanche or Poudre B.

During its lifetime Poudre B was re-engineered many times, not least by the infamous German Krupp organisation. In 1887 it was the turn of Alfred Nobel with his double based Ballistite, a mix of nitroglycerine and nitrocellulose. Rather dangerously, the stabilising, wetting agent was Camphor which, over time evaporated to leave an unstable explosive compound. It fell to a Brit team to re-engineer Ballistite by replacing Camphor with Acetone. It was to become the first truly modern deflagrating propellant, the double based extruded rod known as Cordite.

A 1930’s property changing development of the base Cordite recipe saw the inclusion of nitroguanidine (aka Picrite), creating an early triple base propellant. Given that double base propellants burn hotter than single base it is hard to comprehend that this triple base recipe was cooler burning - although not ideally suited to use in small arms. It was more commonly used in artillery applications. Ironically, a form of nitroguanidine was one of the early products of the nitrated cellulose procedure. While it is not flammable it has an extreme detonation velocity, justifying it’s thoroughly modern application as an air bag propellant!

It was the turn of 1890 before the first serious Colonial production began, based around the European guncotton developments. An established black powder miller, the Anglo American Explosives Company took the lead. However, the US Army really kick-started further developments when they issued a smokeless propellant specification for their new service rifle, the .30-40 Krag. A new product called Ruby, made by the newly formed Leonard Smokeless Powder Company was selected. Leonard were later to become the American Smokeless Powder Company (ASPC), working with financial and technical help from Laflin & Rand to morph Ruby into the long-lived WA .30 Cal Powder.

ASPC were finally absorbed by their financial benefactors, Laflin & Rand around the turn of the century. During the last decade of the 19th century other black powder millers such as Du Pont also made great strides in modern propellant design. However, the longest surviving designs must be Laflin & Rand’s Bullseye and Unique, later licensed to the Hercules Powder Company.

Whilst the active chemical ratios are at the heart of the propellants performance, they require the addition of further chemistry in order to make them more user friendly. We know that camphor was an early stabiliser and that its evaporative loss led to the dangerous decomposition of the propellant. Dozens, if not hundreds of other binders, wetting agents and stabilizers have been used over the following years. External coatings have been added to reduce the build-up of static, improve metering and modify the rate of deflagration.

An example of an early performance enhancement is good old Alliant Unique. It’s 115 years old and still going strong, but it is rather unsophisticated. The external deterrent coating has a graphitic base and needs a fairly brutal bang to get it started. Used in a low pressure light target load with a modest crimp it is not unusual to get a residue of clear colloids of partially combusted material. Use a heavier bullet, a hotter primer and a big crimp to generate a higher start pressure and the residues often disappear. Some propellants are more reactive to external temperature changes than others but little quantified data exists, so just take care and work on the simple premise that hot loads will get the ‘hottest’.

Shape changes were, and stillare, an effective means of adjusting the rate of deflagration. In simple terms, controlling the surface area as the grain deflagrates can increase, decrease or have no effect on that rate. Most neutral is a rod with a single hole, as the outside surface area reduces, so the inside increases. To achieve an increasing or progressive rate the surface area needs to be increasing, usually by means of multiple holes within a rod or with a central perforation of geometric shape, such as a star. Reducing or degressive performance is achieved from a plain ball or sphere, or a solid rod or flake.

We’ve all seen, and probably tried to make sense of charts illustrating powder burning speeds. Well, they really only have limited use, something that sometimes becomes obvious when you compare load data for two ‘similar’ powders in both a small capacity and a large capacity cartridge case. It is not unusual to find that the charge to performance ratio of the two examples is reversed. It’s not as bad as comparing apples with pears, but in truth we’re often trying to compare Bramleys with Strawberry Normans or Golden Delicious. The charts can put you in the right ball park but must never be used for data interchange.