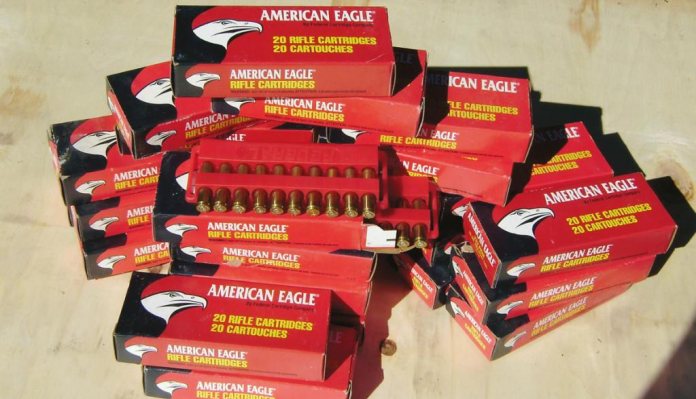 This month’s rant seems to follow naturally from the safety stuff covered in the previous edition. The game of consequences! The failure to observe, to measure, to read data and the possible results of a bad compromise or just simple laziness. At one time or another I’ve been guilty of them all.

Recently, I was doing some background web surfing on the .577/450 Martini-Henry cartridge and came across a Youtube video of someone reloading the cartridge with nothing more than a pointed awl, a Kinetic puller and a powder flask. It illustrated some of the points that I want to cover in this piece. In particular, the bit that made me really cringe, when he located the new primer atop the pocket, held the case neck against his wooden bench and then beat the primer into place with the bottom end of the Kinetic puller. Even with this risk laden procedure he was not wearing any form of eye protection. If he was at Rorke’s Drift and the factory ammo had run out then it would make sense, but no-where else.

You can catch something nasty from a casual pick-up – hoovering unknown range brass is just one example. On a military range you may find single use ball brass but club fallout is a different issue. Mixed headstamps and who knows, it may have been round the block a couple of dozen times. Unless you enjoy highly variable performance and removing stuck or separated cases just leave it in the mud! Well, what about your own brass? Know how many times each batch has been reloaded, or when it was last trimmed?

We’ve all been tempted to reload the cases that extra time, even though they measure a bit long or are a bit tight. All it needs is a poor cleaning session and the residual ring of crud at the end of the chamber coupled with the excess length could create a recipe for the big bang.

Do you reload on a progressive or bash out monster plinking batches on just your single station? I do both. The temptation is to relax the inspection process. Yes, they’re all MagTech, yes they’ve all been fired three times and yes they were all picked up from the firing point at Minsterley. YES, there’s a military case mixed in with them and yes, I broke the de-capping pin!

Do you load the same calibre for more than one rifle? Whilst chamber dimensions are supposed to be identical they are often subtly different, either through their age or the Continent on which they were made or because of their intended use. Rifles in 5.56/.223 Rem and 7.62/.308 Win are the most obvious candidates but they’re not the only ones. Case life may take a dive if you swap the reloaded ammo between the guns, take note and make a note in your load data records. Performance may well vary for other reasons, not least of which are the different rates of twist, barrel length and their actual bore sizes. The size issue is a good justification for the creation of easily identifiable dummy rounds to which the dies can be set.

Crunched by a number

What’s in a number? Hodgdon 4227 (now moribund) and IMR 4227 or Hodgdon 4831 and IMR 4831 for example. Different makes of exactly the same powder you might think. Nope, in some instances the parallel numbers were being made by different companies on different Continents to different recipes. Of even more concern is the fact that, over time, all have been made by different energetic materials producers around the World. If your tub of powder is new and your load data is 20 years old then the two could be virtually incompatible. It doubles the importance of working up a new load whenever the country of origin changes and of good record keeping that correlates batch numbers and performance.

The small print with the big meaning

Data manuals are a bit like precision cook books – they all contain recipes for the same things but with slight variations in the amount of ingredient required to achieve the perfect result. The small print can often tell you more than the hard numbers, from Circotherm ovens when baking to Test Receivers when test firing. As an ammo anorak I have a collection of manuals that fills several large shelves in the loading room but I would recommend the possession of at least two ‘current’ (as in, the publisher’s latest edition) manuals for comparative purposes. Most quote the arm from which the data was generated… a named, real gun with a nominated barrel length and twist being preferable to an anonymous test receiver.

For your chosen calibre(s), compare the claimed performance for a given charge of your selected propellant and projectile. Then look at the data for other powders; do the figures vary by similar percentages in the same range? If you’ve chronographed your loads, make a point of measuring a lighter load (within the safe range) for the same powder/bullet combo and comparing the percentages with the manual. You may be surprised by the results. Plotting a graph based upon at least four different charges will only enable you to make a meaningful comparison with the manual, but a safe base upon which you can interpolate performance, a handy tool if you need specific performance for something like deer hunting.

Some manuals offer a letter ‘C’ to denote compressed loads, a great idea as you’ll know whether a long drop tube is required. As a concluding piece of advice, try and avoid loading compressed charges on a progressive press.