Reloading: Reasons to be Cheerful 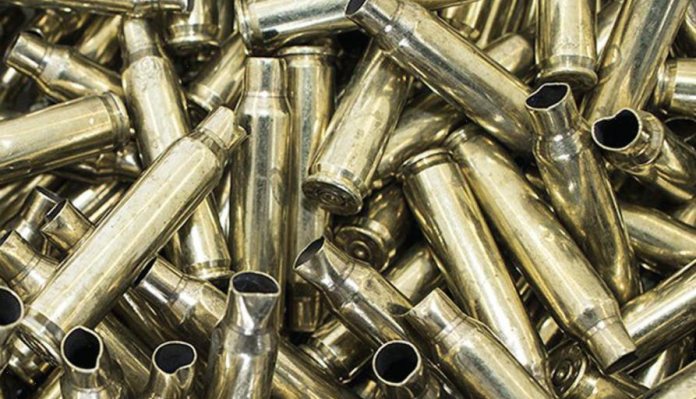 Fact, water always boils at 100º C! Wrong. Water can, and often does boil at around 100ºC but it is dependent upon a number of variable factors. The purity of the water and prevailing atmospheric pressure will influence the actual temperature. A cup of tea made on the top of Everest would taste pretty foul as unpressurised water would have boiled at around 69ºC. Yup, we’re looking at odds and sods that get easily misunderstood.

A favourite starter is the effect of rain on POI. There appears to be very little hard research on the subject, most ‘data’ being apocryphal. The US Army Research Laboratory has done some work, but not declassified most of it. The most surprising stat is the percentage chance of the bullet actually striking a raindrop. In an ‘average’ rain shower, the chances are less than approx 1.5% per 100 yards of range. If contact does occur at above sonic velocity then the shock wave does the work of ‘parting the waves’! For projectiles travelling at subsonic velocity there is physical contact. In the first instance the impact effect is considered to be too small to quantify, even if the ‘splat’ is visible to the firer. In the second instance it is reported that measurable deviation to trajectory can occur.

However, the degree of deviation is not considered quantifiable since there are too many variables. These variables include the shape, rotational stability of the projectile and the precise angle of contact. So, for those of us shooting at anything other than extreme ranges the answer seem to be, ignore the rain – if your shot was a good one, it will still do the job.

But that’s not the end of the story. As we know, at sonic velocities air resistance is considerable. On a rainy, claggy, humid day, air density therefore becomes the factor to consider. The POI of a round developed on a hot dry day WILL be different to that under these new conditions.

A Thermometer In Your Range Box?

Temperature alone can cause changes in the reliability and accuracy of your ammo. Many Military experiments have focused on this issue, pretty much since the birth of the metallic cartridge. There are detailed records of a 1930’s American Army ammo evaluation that had to be abandoned after a number of dangerous rifle malfunctions were linked to ‘cooked’ ammunition. Indeed, partly as a response to this failure Frankford Arsenal conducted a series of calibrated tests. The calibre is not specified but was almost certainly the .30-06 Springfield. Their results showed an approx 1.7 fps mean increase in velocity for every degree Fahrenheit across a range of outdoor temperatures. The actual tests were conducted from 70ºF to 130ºF, resulting in a theoretical 100+fps spread in velocity. This equated to a potentially damaging 5500 psi spread in chamber pressure. Whilst the test ammo was reported to contain Du Pont IMR propellant there is no reason to believe that the results would have been significantly different with any other brand. Whilst it is a step too pedantic for me, I know handloaders who do build their ammo to take account of the prevailing range temperature.

If we look at the figures quoted for .30-06 Springfield in Hatchers Notebook (Col. Julian S Hatcher, US Army) the figures are even more alarming. He cites a maximum rate of change of 1.83 fps per degree F from 15ºF to 105ºF in experiments conducted at Burnside Laboratory, New Jersey. Whilst the rates of change are not entirely linear they interpolate to a range of velocity in the region of 165 fps across the extreme range of possible battlefield temperature; assuming the ammo was left to ‘bake’ on the hottest day.

Consider the temperature of your car seat or a closed boot on a hot day. Well, SAAMI have and they reckon that 150ºF is not extreme but at that temperature propellants begin to degrade causing irreversible changes.

It is easy to assume that the 165-grain, 30 cal BT Spitzers from Speer, Nosler, Sierra and others (or any other ‘identical’ bullets) are more or less interchangeable in terms of seating depth and performance. Think again. Seemingly identical pills from different makers will almost always have subtle variations in the shape of the ogive, meplat and boat tail as well as the construction of the jacket. These factors can have a measurable impact upon the position of the base of the pill when seated and therefore the internal ballistics of the cartridge. Externally, the ballistics may well be different. By way of a confusing example, Speer gives a BC of 0.477 whereas Sierra quotes 0.404. Yes, there are even variables in the measurement of the BC… but that’s for another article.

Despite the dire warnings there are those who seem to believe that ‘brass is brass’! And the use of a mixed batch of headstamps, batch numbers and numbers of reloads is a safe and reliable way to reload and shoot. Indeed, a while ago I overheard a conversation in which one reloader admitted that he only binned his brass when damage appeared or when the primer fell out of the pocket and that he’d had countless reloads from some of the cases. At the time he was scouring the firing point on the range, collecting every case he could find in his preferred calibre.

It is a matter of fact that case capacities for any given cartridge vary from one headstamp to another, especially between commercial and military manufacturers. Lot to lot variations also exist but to a much smaller degree. Added to this, the precise composition of the brass varies, leading to differing rates of work hardening and growth, and in extremis to the location of that growth. I really don’t care if the case thief from Short Siberia cannot hit a barn door or blows his guns up; but I take great exception to being placed at risk of serious injury when I’m on the next firing point!

Aim high for high and low for low. Hmm, I really thought the Mythbusters had blown that one out of the water years ago. Put simply, if your rifle is sighted for a target at the same elevation then all shots at targets either above or below that line will require a decrease in elevation. That is to say, in the absence of sight correction you must aim below the target.