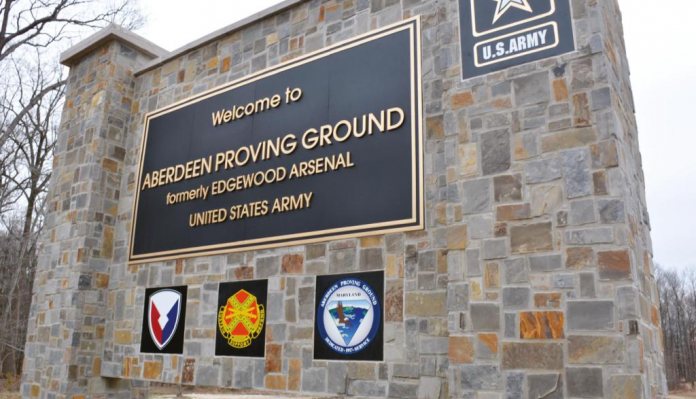 It’s the starter motor in our cartridges. You may recall that we took a simplistic look at variations in performance from one type to another a few years ago. Yes, we’re taking another look at the humble percussion primer.

The research work recorded in these four Technical Reports was largely based around the U.S. Mil Standard No. 41 Primer, the default ignition system for their M855, 5.56mm NATO cartridge. This primer is specifically designed to reduce slam-fire risk with U.S made 5.56mm NATO cartridges in the M series combat platform or any suitably chambered arms that employ a floating firing pin. However, commercially available CCI Number 41 Mil-spec primers are made to the same specifications of those for the U.S. Military. Whilst these civvy versions are designed for use in military-style semi-auto rifles, they use the same data as conventional CCI Magnum primers. Indeed, it’s logical to conclude that CCI are at least one of the suppliers to the various makers of the M855 cartridge. Especially Lake City since it makes around 80% of all this ammo and was once operated by Olin Corporation who own the CCI brand. (L.C. is now part of Northrop Grumman Corporation.) It’s therefore reasonable to associate the following information with the use of those CCI 450 Magnum Small Rifle primers available for use by UK hand loaders.

Whilst we have previously included micro-fine glass particles in the list of primer ingredients, it seems that they have been replaced by aluminium particles in the No. 41. Given that it is a vital ingredient in pyro materials such as Tannerite, the change seems logical. These tech reports quote the main components of medium-calibre primers as lead styphnate (37% by weight), barium nitrate (32%), and antimony sulphide (15%), (Sb2S3, in English it’s Antimony Trisulphide). Lesser amounts of aluminium powder (0.7%), tetracene (0.4%), and pentaerythritoltetranitrate (PETN) (0.5%) are also normally present. (Yes, I know that does not total 100%!). Additionally, cellulose and shellac is used to help seal the composition. In this primer type, the dry weight of the neat priming material is 25.3 mg or 0.390-grains. The sealing paper and shellac or cellulose sealing film is approximately 0.09 mm or 0.0035” thick.

Upon impact by the striker/firing pin, the primer contents are consumed in about 100 μs (Microseconds), that’s just 100 millionths of a second. It reaches a temperature in the region of 600 to 660ºC in the core of the material, but marginally less where the primer cup body and cartridge case act as a heat sink. Whilst that temperature exceeds the melting point of aluminium, the speed of the cycle means that whilst some powder is vaporised, some remains completely granular. Analysing the pressure spikes in detail, together with his ultra-high speed filming, John Ritter was able to conclude: “These studies have shown that the primer output alone can greatly influence the initial motion of a small-calibre projectile. The primer is capable of producing enough force to de-bullet the cartridge and begin the engraving process prior to any significant propellant burning”. (Please read burning as deflagration - my words!)

This gives a significant clue to the performance and pressure differentials that can be experienced between a cartridge where the bullet engraves the rifling when chambered and one which permits bullet jump. This is compounded by the fact that two of the technical reports observed considerable compaction of the propellant prior to any significant deflagration. Indeed, the normally compressed charge of SMP®842 (St. Marks Powder, now a division of General Dynamics) propellant was further compacted to generate as much as 10% ullage (free space) within the cartridge case. This free space was in turn, further expanded as the compressed plug of propellant together with the projectile moved through the neck of the case as deflagration and engraving commenced.

Furthermore, the results recorded in TR-3922 graphically and physically demonstrated a second important phenomenon. Whilst we know that, with all other factors equal, variations in loading density can have an effect upon the performance of a cartridge, the researchers were able to make specific observations that verify this fact. They compared the starting pressures attributed to the primer detonation (not the propellant deflagration) in cartridges which contained both dummy and live propellant charges. Whilst the initial volume of both charges was identical, the shape of the granules differed. The propellant, SMP®842 was in the form of flattened balls, whilst the dummy material comprised spherical PTFE pellets of almost the same prime diameter. This inequality in shape led to a different compacted density under pressure from the primer and, in consequence, a different peak pressure within the case. Using ultra-high speed imaging, they were able to confirm that this variation in compaction led to different degrees of flame penetration by the primer blast. The flame front penetrated some 30% of the live load, whilst the lower compaction of the inert spheres allowed an increased figure of 40%.

As a matter of technical interest, SMP®842 Ball Powder is specified as ‘non-toxic’ by the manufacturer and contains ingredients which act as flash suppressants and as copper fouling removers. The latter attribute being of particular interest since this powder predates Hodgdon CFE223 and CFE Pistol by at least two decades.

The American Next Generation Squad Weapon program has been evaluating calibres and cartridge designs for more than two decades. A 2004 study concluded that 6.8mm was the best calibre to defeat plate body armour. In 2006 a Joint Service Wound Ballistics-Integrated Product Team report showed the “clear and unequivocal best performing” cartridge tested was 6.8mm. In 2007, the Army’s 5th Special Forces Group approached Army Research and Development with interest in Remington’s’ (then) four year old 6.8mm Special Purpose Cartridge (SPC). ARDEC evaluation deemed the calibre “very effective” in an assault rifle platform. The die was cast. Military production of the evolutionary version of the 6.8m (.277”) round will involve building a new manufacturing facility at the Lake City Army Ammunition Plant in Missouri. The 6.8mm SPC Ball has almost arrived? Or has it, as other calibres like 6.5 Grendel and both 6mm and 6.5 Creedmoor are also being touted as the answer?