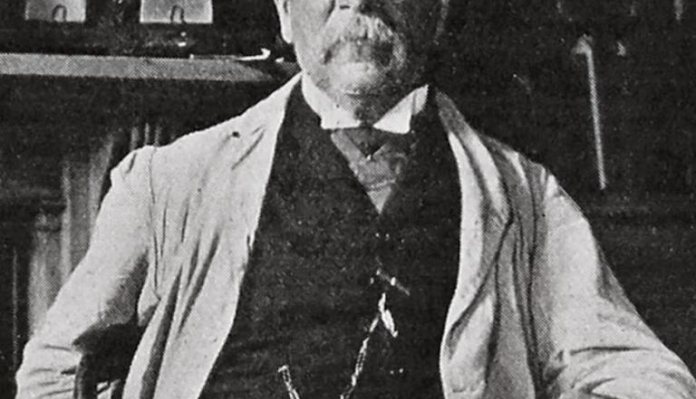 I imagine that most of us have heard of Greenhill and even Miller? Well, add a third name to the twists and turns of stabilised bullet rotation; Courtney. Michael W. Courtney to be precise. So, what’s the big deal about rates of twist, or indeed, any twist? Well, the knowledge that a spinning projectile is more stable and accurate in flight pre-dates the firearm and cannon by many hundreds, possibly thousands of years. Archers discovered that the helical angle on the fletching of an arrow would impart spin stability and greatly improve accuracy. It was around the latter part of the 15th Century that the creation of a thread like bore in early cannon barrels was found to have a dramatic impact upon their performance.

My most notable first-hand experience of the truly dramatic impact of twist rate on stability happened back in the mid 1970’s. I had unwisely chosen a Ruger Super Blackhawk in .44 Remington Magnum for use in Long Range Revolver comps. Whilst it would perform quite well at 100 and 200 yards, it had the qualities of a mortar at 300 yards and, despite my best efforts, was seemingly incapable of producing an acceptable group size. It was suggested that the fitment of an 8” bull barrel (the longest then allowed) with a marginally tighter twist, would offer some improvement over the lighter, 7½” original.

A south coast gunsmith undertook the work and at the Anno Domini competition of that year I discovered that my carefully handloaded ammo was not only incapable of producing a group but key-holed at any competition distance. Months of frustration followed until, by chance, I noticed that the cleaning rod did not appear to rotate when cleaning the barrel. Measurement revealed that the bore had a twist of 1:38, half the rate of the original. Yup, the gunsmith had fitted a chunk of Douglas barrel from a .444 Marlin rifle. A quick sum revealed that a bullet with a velocity of 1400 fps was rotating at under 26,500 rpm, much too slow to maintain stability. Simplistic maths and countless experiments resulted in a thick wall, home-swaged 228-grain JSP bullet that, with little regard to SAAMI pressures, gave around 1900 fps and acceptable 300yd accuracy. But that begged the question about the relationship between calibre and twist. I quote the following interesting (and correct) snippet culled from the interweb:-

Which of the following three calibres presents the greatest rifling angle to the bullet?

Well, here’s the interesting maths. Inverse Tangent of Pi (that’s 1.26262726 rad) times bore diameter divided by twist equals rifling angle. Using that formula, the result is that each of the three barrels had the same angle of rifling. A figure of 5.02º for the first two and 5.03 for the .44. Let’s call it 5º of rifling twist angle for the sake of simplicity. It is very counter intuitive to think that the same rifling angle produces very different twist rates, but once you consider the larger bore has so much more material to cover before making a complete revolution, it makes more sense. For the record, a 1:10 twist on a 308 barrel comes in at a 5.52º angle, which is about 10% more than the 1:11 twist, which makes sense, given that the 1:10 is 10% tighter than 1:11.

Aimed at the artillery piece

Attempts at mathematically quantifying rates of twist really started with the work of Sir Alfred George Greenhill and his 1897 ‘Notes on Dynamics’ presented to The Senior Class of Artillery Officers, Woolwich. His Greenhill Rifling Formula was the first to be used to calculate the optimal barrel twist rate for stabilising a projectile’s flight given the bullet’s diameter(D), length(L), specific gravity (SG) and velocity(V). The resulting twist rate is the length in which the rifling will make one full rotation. However, in common with many formulae intended to resolve a ‘value’ from a number of independent variables, this formula required the use of a ‘k’, (a constant, or fiddle factor). In this instance, the value is 150. At the time of his work, Greenhill made a number of (then) reasonable assumptions about projectile design and velocity that are no longer truly valid. Indeed, the audience at his initial presentation gives us a clue as to the operational environment his algorithms were then intended to serve; artillery. He used the form of a truncated, cylindrical projectile and velocities up to around 2800 fps. Beyond that velocity, a ‘k’ of 180 must be used. The final throwback to the ‘artillery’ basis of his formula is that it really falls over with calibres of much less than .257” (the more or less magical 6.5mm).

Over the next 110 years, significant changes in calibres, projectile velocity/design saw a reduction in the practical relevance of the original Greenhill Formula. Although several others, including the notable work by Robert McCoy, have offered revised algorithms, the first widely adopted refinement was published by Don Miller. The ‘k’ in his algorithm is 30 and sets his core velocity figure at around 2800 fps. An important development was the recognition that the projectile was not just a cylinder but a complex shape. As you will see, he includes a stability factor but to calculate this you will need to know the twist – the algorithm shown using a lower case ‘t’, equating to calibres per turn. Converting from calibres per turn to twist in inches per turn is a simple exercise in division or can be resolved directly with a modified algorithm.

If you’re fazed by the use of algorithms, then all is not lost. A multitude of sites offer ‘drop-in’ computation services, from Berger Bullets through Hornady, JBM Ballistics and a host of others. Happy calculating.