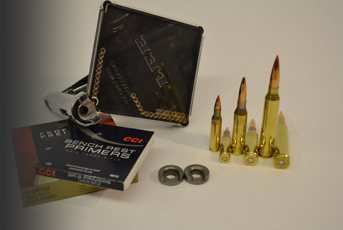 The Lee Auto Prime XR seeks to solve some of the supposed problems associated with the original model. This original has been modified so that the remote chance of a multiple primer detonation in use is now virtually eradicated. Plus they have increased the capacity and beefed up the mechanism alongside an ergonomic and visual make over.

Lee says the size of packaging trays manufacturer’s use to transport their primers is a direct indication of their vulnerability to accidental discharge. Although reports of problems are extremely rare, however, they have decided to lock the stable door anyway. The XR holds the tray of primers separate from the internal elevating pin used to press each one into the primer pocket. Instead, a separate elevator pin slides one at a time from the storage tray into the loading channel.

Two storage trays and elevator pins are included for both large and small primers. Individual shell holders are produced to accommodate the usual range of calibres as before. However, anything larger than a belted Winchester Magnum will not fit into the tool so is not catered for. Although higher capacity, the trays don’t flip (anvils up) the primers as well.

The XR essentially does the same as the old model and although logically safer, it has lost some of that dextrous seating feel and does tend to spill the odd primer.