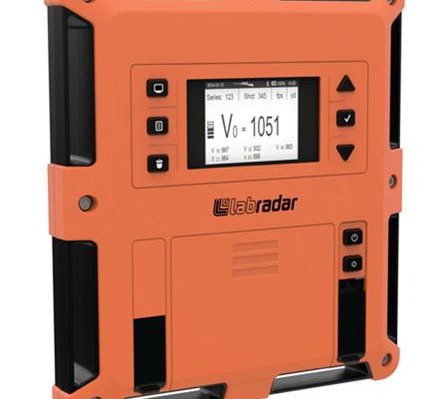 My earliest memories of solving enthalpy/entropy equations (and simple ballistic calculations) involved the time-consuming use of either my British Thornton slide rule or a set of log tables. About five years later, I became the proud owner of a hugely expensive Hewlett Packard HP35 Scientific LED screen calculator with a single line display. As I recall, for extended equations one had to initially write them out on paper or remember them verbatim, as they would spill off the display. A couple of weeks ago, I downloaded the new Hornady 4DOF™ (Degrees of Freedom) Ballistic Calculator on to my smart phone and Android tablet computer. It was launched as an on-line only App in August last year and I just add the variables and it (mostly) does the work for some Hornady bullets! How things have changed in 50 years!

Whilst this potentially brilliant software takes the drudgery out of making the calculations, it is valuable to understand the principles upon which it is based. The object of the calculations being to best predict the trajectory of a projectile based upon the reconciliation of a significant number of both independent and interacting variables. Taken to the extreme, the necessary suite of equations required to reconcile this numeric mountain would make your eyes water.

We will start with the Ballistic Coefficient (BC), if only because Hornady, in their superior wisdom, have replaced this fundamental component from their trajectory calculations in favour of a deduced Drag Factor (of which, more later). The term coefficient is the key, meaning a multiplier or factor that measures a property. In this case, the ability of the projectile to retain its starting energy in the face of atmospheric/ wind resistance and the pull of gravity. It’s worth noting that the shape of a bullet fired in a vacuum chamber would have no impact upon its performance, its trajectory simply being a function of the effects of speed and gravity. However, our atmosphere seriously complicates this performance equation. Stick your hand out of the car window at 100 mph and you’ll feel ‘drag’ and at 1000 mph the effect is far more dramatic. Indeed, drag increases at the square of speed, making air behave more like a liquid and ultimately a solid as the speed of the projectile increases. This element plays the major part in calculating the all-important BC of a bullet.

Where SD equals sectional density, calculated by mass of bullet in pounds or kilograms (M) divided by calibre squared in inches or metres, units being either lb/in² or kg/m². i is the Form Factor, a standard model number calculated by dividing the drag coefficient of the bullet by the standard or ‘reference’ GI bullet model (originally designed for use with square-based projectiles). Later, more developed maths models use a model known as G7, with many bullet makers offering data sets for both; don’t worry about understanding it! Reworking the fractional equation, we get BC equal to M (Mass in lb or kg) divided by i times the diameter squared (in either inches or metres). It must be noted that because of the presence of a ‘factor’ this model is exclusive to ballistic calculations for bullets in the ‘common’ range of calibres.

One of the complicating factors is the shape of the base with boat tail designs outperforming comparable square based designs. Indeed, a tear-drop section with a pointed base would give excellent BC performance – but would give almost insuperable internal ballistic issues. The bigger the number the better. Almost all loading manuals quote a BC figure for each of their designs, ranging from 0.050 to 0.560. This figure can be used in conjunction with muzzle velocity to calculate the trajectory and from that, the maximum practical range for accurate use. As an example, let’s look at a couple of 165-grain Speer .308 Spitzer bullets. The square base has a BC of 0.433 and from an MV of 2700 has a residual velocity of 1747 fps at 500 yards. The sleeker Boat Tail version has a BC of 0.477 and from the same MV is still travelling at 1834 fps at 500 yards.

For the purposes of calculating the tables in the back of most manuals the bullet maker will use what is called a Standard Model for the prevailing exterior ballistic conditions. This uses a fixed value for wind speed and direction (both zero), acceleration due to gravity at 32 ft/sec² and Standard Temperature and Pressure (STP) for the atmospheric data. In practise this means that the published data is an approximation based upon the Standard Model conditions.

The shooter must therefore interpolate between published velocity data sets in order to identify the best match.

Furthermore, they must assess the true conditions on range in order to adjust point of aim (POA) to achieve the optimum flight path.

However, Hornady have changed their long range 4DOF™ calculating base from a ‘one size fits all’ mathematical BC, to a drag factor that had been resolved by a combination of maths, instrumental Doppler measurement and empiric observation for each individual bullet in their database. The software uses exact physical modelling of the projectile, it’s mass and aerodynamic properties. This enabled their programmers to construct algorithms, which can take account of the actual range conditions from where the projectile is to be launched.

It is the first software in the public domain that will correctly calculate the vertical shift that a bullet experiences as it encounters a crosswind, something known as aerodynamic jump. Whilst hand loaders will still need to have chronograph data, this is just the beginning! The software also asks for wind speed/direction, latitude/longitude, altitude, temperature, humidity, atmospheric pressure, earth data and much more. Your toy collection will now need to include an anemometer, together with the appropriate map with contour lines, outdoor thermometer, altimeter and GPS – many of which can now be ‘Apped’ or sourced on the host smartphone. The resulting data is therefore ‘true’ for the application in question, or should be! My limited live testing of the program has thrown up some anomalies.

To date, the calculator has pre-populated data files for a selection of Hornady ELD-X, ELD Match and some relevant BTHP bullets. They’ve also included mapping for some long-range projectiles from Sierra, Lapua Berger and others. If your chosen pill is not part of the 4DOF™ database, then the Hornady App has a standard BC-based calculator that allows users to enter their own G1 or G7 BC. Furthermore, the App is Bluetooth enabled, thereby allowing it to sync with select versions of digital anemometers.