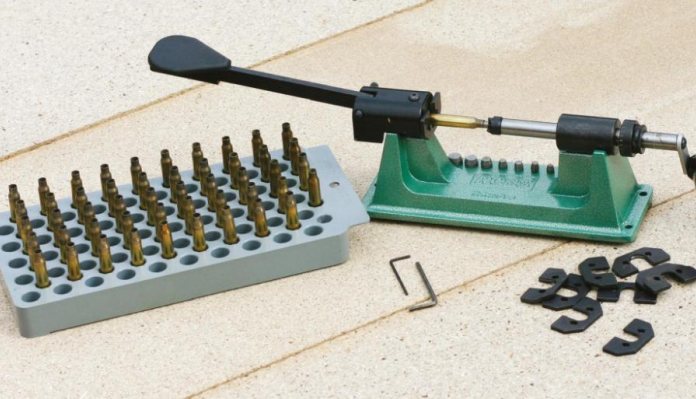 Look at the data section for every bullet in every cartridge in every reloading manual (as far as I know) and you will see either the words Cartridge Overall Length, Min OAL, or the abbreviation COL (sometimes COAL). The publishers of the manuals, whether bullet, powder or tool vendors use this figure to help indemnify themselves against damage or accidents resulting from the incorrect assembly of the ammunition. Tool makers, such as Lee, use a minimum dimension to cover themselves, since their data refers to a generic bullet rather than a specific product. On the other hand, toolmaker Lyman quote an absolute figure, but it is generally the practical minimum for that style and weight of bullet.

The term pretty much explains itself; the measurement from the case head to the extreme tip or meplat of the seated bullet. For the benefit of any morons reading this, the case head is the base where the rim is and there’s no such thing as a ‘bullet head’, it’s just a damn bullet! However, If mistakenly used as an absolute, it is a dimension which has significant implications for the hand loader, not all of them good!

The first function of this dimension is to establish that the base of the bullet in the assembled cartridge is in the correct position. This ensures that the working pressure is safe and consistent when the round is fired. This overall measurement also ensures that the assembled cartridge should safely fit into the cylinder, chamber or magazine of any arm correctly designed to SAAMI specifications for use with that calibre. But there’s the problem! Taking COL as a ‘one size fits all’ dimension can be potentially dangerous. It is not a panacea, but rather a guide or reference figure upon which safe cartridge construction can be based.

So, how can a commercial manufacturer deal with the potential variables? Well, they adopt the Lyman principle, wherever it is relevant, as some are not. For the bullet in say, a .38 Spl Wadcutter, the position is determined by the case neck. Where COL becomes relevant they build their cartridge to ensure that it will freely fit in a chamber of the minimum dimensions specified by SAAMI for that calibre. Given the range of bullet weights and designs in almost every calibre that translates into a wide COL tolerance range within the SAAMI specs.

For example, the COL range for .308 Win spans 2.490” to 2.810”. Even if the factory round fits our rifle perfectly and performs incredibly well, attempting to reverse engineer it can be fraught with danger. Just measuring the COL, pulling the round and measuring the bullet length to establish the position of the base can be misleading, unless you’re going to use the same bullet. Which gives us one of the reasons why handloading can almost always improve upon the commercial offering, by ensuring the fit of the cartridge in our rifle chamber and throat.

The further we move the base of the bullet into the cartridge case, the smaller the practical powder capacity becomes. As we reduce this space for a given volume of propellant, the loading density increases. The result will be increased case pressure for the same load. However, moving the bullet forwards to the point where the ogive/bullet bearing of the chambered round engraves the lands can also increase pressure. It’s therefore obvious that for a given bullet diameter, the smaller the case capacity the greater the percentage effect of a given change in seating depth. If we look at a couple of .30 cal cartridges, .30 Herret and .300 Weatherby Magnum we see that the useful case capacities are 1.97 and 6.40 cc’s respectively. If we increase the seating depth of the bullet in each by 2mm we get a volumetric change of 96 mm³. That’s a capacity reduction of almost 5% in the Herret and 1.5% in the Weatherby. They are extreme figures but translate into a figure of around 3% in the .308 Win. In 9mm Parabellum, an increase of just a few thou, coupled with a change from a thin walled Winchester case to a military Hirtenberg could promote a hot round to grenade status.

Making specific sense of COL starts with knowing the precise size of your rifle chamber. Measuring it is a simple process, there are loads of sensible tools that get the job done. However, I prefer to construct chamber dummies. All that you need are fi reformed cases from the rifle to be measured. Check the fit of each of your preferred bullet designs in the neck and pinch the resizer on the neck to ensure the bullet is a movable interference fit.

Seat the bullet long, colour it with a marker pen or black with a candle and gently chamber it. Lock the bolt and then remove the round. The dummy should have a broken witness mark around the ogive at the point where it has engraved the lands. You now have a choice, you can leave the dummy as it is and mark it as a chamber dummy, or further seat the bullet in the die to move the witness mark a further .010” to .012” deeper, (or whatever your chosen value for bullet jump). I confirm this adjustment by taking ‘before and after’ measurements with my Forster Datum Dial kit.

Put the round back in the press and lock it in place, either with a crimp tool or, with the nose punch backed out, the seating die. Mark this type as a die setting dummy. As a backup, I again measure these assemblies with my Forster and compare the figures from one cartridge to the next. Make sure that you identify the exact maker’s part number for the bullet in each dummy. For good housekeeping, measure its COL and enter all the details in your loading log. Repeat the process for every bullet design that you use, even if you only use those of the same weight and ‘design’ but sourced from different manufacturers. This is important, because the bearing length and ogive profile can vary significantly, thereby changing the engraving point of the assembled cartridge, even though they measure the same. And there’s the point, in order to now achieve the same figure for jump, the position of the base of the bullet will have to change and we have already examined the consequences of that variable! It amply illustrates the significant effects of changing from one brand of bullet to a supposedly ‘identical’ type from another maker. The result? Different COLs for two different bullets in the same cartridge case. Get measuring!