Wildcatting: All you Ever Need 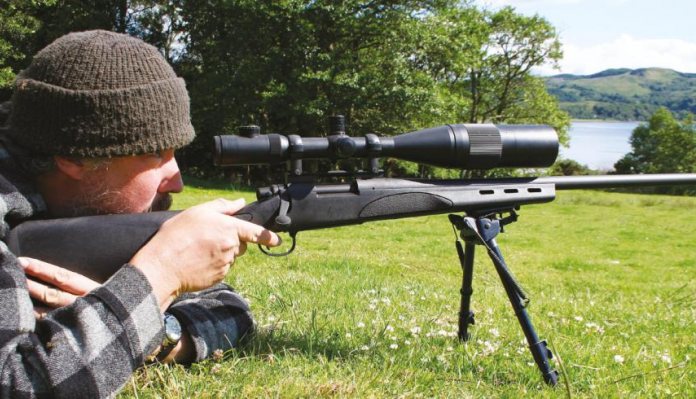 I was out Sika deer stalking recently and the father and son team that were my hosts both shot 25-06 Remingtons and it re-kindled my interest again in this now older cartridge. I had owned a Tikka M695 in 25-06 Rem and had used it to good avail on Muntjac in Oxfordshire, using factory and reloaded ammunition. It’s one of those oldy but goody rounds that hovers in the background unassumingly and just gets the job done.

Like many of the greats, it is based on a wildcat round and utilises the venerable old 30-06 Springfield as its parent case, necked down to .25 or .257” calibre, often referred to as quarter bores. It’s capable of shooting 75 to 120-grain bullets. This makes it ideal as a longer-range varmint rifle and also a flat-shooting deer or plains game gun. Much like its prolific, 30” calibre mother and the 270 Winchester, it can handle the big stuff as well as the smaller species with confidence, given the correct bullet choice.

As with all wildcats, the history is a bit iffy and many people had necked down the 30-06 to .25 cal, such as 25 Whelen, 25 G&H, 25 High Power and, the most famous, 25 Neidner (Adolf Neidner) about the time of World War 1. So, it’s plain to see that the concept is far from a new one. Regardless of who it’s attributed to, its origin is circumstantial, as Remington, in 1969, saw the gap in the market for a flat-shooting and wind-bucking rifle, capable of stretching out over the plains after Pronghorn and varmints.

Dependent on the make of case used, it has an H2O capacity of 65-grains and is best with slow type burning powders with a 24” barrel length; and, being based on the 30-06, rifles chambered for it are all long action and best performance comes with longer tubes, as the 24” length attests to.

Rifling pitch is the standard 1 in 10” twist rate, so is perfect to stabilise all bullets up to the 120-grain level with ease and not cause any pressure issues with lighter projectiles either. There are not many quarter bore cartridges left any more that have managed to withstand the march of time and innovation. For example, the old 250 Savage or 257 Roberts are great cartridges but rare these days, except maybe as Ackley Improved (AK) variants.

I have shot a few 25-06s, mostly Remington 700 models, but I used to have a Tikka M695 in this quarter bore, as a stainless steel synthetic model. It really shot well and at the time was my ‘wet weather’ rifle, but in hind sight I should never have sold it, as it shot factory Federal 117 grain Sierra Game King loads under an inch. Editor Pete Moore used to run a Ruger M77 VT in 25-06 and swore by it for its sheer accuracy potential, with handloads as well as factory fodder. In fact, my Tikka accounted for ten muntjac in the first year and, in those days, unthreaded; which is a good point, as it is a long cartridge, burning some 55-grains + of powder, but it is one of those rounds that just seems to shoot well, whatever you feed it.

Factory ammunition is widely available, and Winchester offer a very good and well-priced 85-grain Ballistic Silvertip achieving 3450 fps and 2247 ft/lbs energy; whilst their heaver 90-grain PEP load is capable of generating an equally impressive 3422 fps and 2341ft/lbs. The 100-grain bullets are a good middle of the road weight for the 25-06 and Federal Triple Shok Barnes factory ammo have a velocity 3200 fps and 2274ft/lbs. This monolithic, copper hollow point is a devastating projectile in any centrefire calibre but, combined with the flat-shooting ability and accuracy potential of this calibre, seems eminently suited for many deer species!

Strangely, the 115 and oddly weighted 117-grain bullets were the ones that shot best in my Tikka. Here, a Remington Core Lokt 115-grainer did almost 3000 fps and the best were those Federal 117-grain Sierra Game King loads at 2985 fps and 2315ft/ lbs, with good consistent three shots of an inch at 100 yards. Remington and Winchester both have 120-grain factory loads, but I have not had a chance to try them.

Reload wise, as always is the way to fine tune any rifle and the 25-06 is no exception and it responds well to a little tender loving care and fettling. As usual, the QuickLOAD ballistic program is a very good place to start to look and see how differing combinations of powder, bullets and seating depths will affect an individual hand loaded recipe. Here, it will save time and expense in the real world, wasting time on unsuitable propelants and bullet weights and types, as you can do it all on screen. See; LIGHTER and HEAVIER LOADS columns.

The 25-06’s real niche is that it has a superior long-range advantage over any 22 centrefire cartridges, as it shoots as flat, but can use better ballistic coefficient (BC) bullets. A typical 55-grain 0.224” bullet will have a BC of around 0.255, whereas a typical 85 and 100 grain .257 projectile have BCs of 0.290 and 0.335 respectively. Yes, you burn more power and generate more recoil, but the retained downrange velocity and energy translate into less drop, more whollop and, very importantly, reduced wind drift.

It’s not dead yet, as it’s one of those calibres that has a very loyal following, once you have owned one you want to keep it or have another. There are more efficient calibres around and the long ‘06 case is a bit dated now, but once a good cartridge is always a good cartridge and there is still plenty of factory or reloadable consumables to make that quarter bore still sing sweetly. In fact, I have seen many a good secondhand 25 on the market that have been part exchanged for newer and trendier calibres, so there are bargains to be had. In fact, I quite fancy a 25-06 AK Improved now; looks like another project for mad professor Potts!