Wildcatting: By any other name 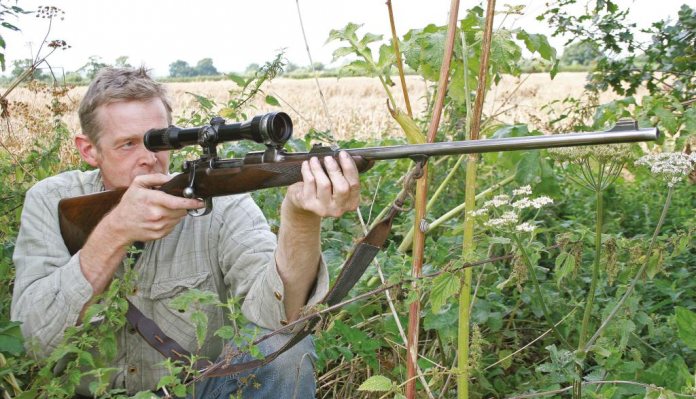 I use a 7x57mm Ackley Improved quite regularly, based on a re-barrelled Tikka M65 by Callum Ferguson and the rifle and cartridge are a perfect blend of mild manners, accuracy and down range performance. Which was the reason PO Ackley improved the 7x57mm Mauser cartridge in the first place, it was a damn good round to start with and improving was just an obvious step.

However, I wanted to see how the original 7mm Mauser design performed and an old Rigby .275 cal came in to a local gunshop that needed a makeover and load development. Rigby adopted the 7x57mm Mauser round and instead of going for the groove size of .284” for the 7mm bullet they opted for the bore size of .275”. In their Mauser action sporting rifles they saw use all over the world and have taken their fair share of game over the years. Plus, have served as military cartridges for various nations around the world. And like the 6.5 Swedish, 8x57 JS and 30-06 Springfield the 7x57 has stood the test of time and is still popular today, despite more modern designs!

It’s a lovely round and one of those cartridges that is timeless, rather like the 6.5x55mm and .30-06; they just work and are very flexible for use in many guises, dependent on the bullet type used. It is actually one of the oldest sporting cartridges, and as so many, starting life as a military round in 1892 and adopted for the 1893 Mauser actioned rifle that saw service in the Spanish army. Many sporting rifle firms, such as Remington and Winchester and of course Rigby, saw the merit of such a good design for sporting use and so chambered their rifles in it. Like most old cartridges, its popularity wanes and waxes with different generations, but it has always been a solid performer that for all British deer species is more than ample and use abroad is also recommended.

Old cartridges were often loaded, like the military rounds, with fast twist barrels for 175-grain bullets at 2400 fps. The real value of the 7mm Mauser lies with the 140-grain weights really and as such velocities of 2700-2800 fps are achievable. But saying that, the lighter 110 to 160-grain pills, in conjunction with a 1 in 9 twist barrel, perform well, and so make it a good all rounder for many species of game.

The case length is 2.235” and has an overall loaded length of 3.065”, so quite long, as calibres of this time tended to be, certainly with heavier bullets. Given the date of its introduction, ballistics and cartridge development was at a lower level than it is today and in the older Mauser rifles, pressures of 40,000 psi where considered quite high. Whereas today, 50,000 psi in modern rifles is considered fine. This maximises the usefulness of the round, although some factory ammunition is still pretty low pressure in case it is used in older rifle. Hence, reloading maximises the 7mm Mauser’s performance.

Water capacity is 59.5-grains in the case, so pretty much like a 6.5x55mm Swedish at 57-grains. Rifling twist is commonly 1 in 10 but really I like the 1 in 9 pitch, so that the heavier bullets can also be stabilised if desired.

This original Rigby I used for the testing is an old girl dating back to the early 1930s and had seen a long life both here and abroad and as such is worn in the chamber and throat area. This was exacerbated by moisture from hotter climes and so some chamber reconfiguration was needed to make careful reloads. The Rigby is a perfect blend between old world Mauser precision and British styling. This is a large ring military 98 action with thumb cut out to the receiver and dates back to the thirties when Rigby converted it.

It has a set of claw mounts that fit forward of the receiver ring for the front mount and attaches to the scope’s objective lens and gives that classic sporting look and the quick release from the claw rear mount allows the open sights to be used. These are your typical Rigby folding leaf rear sight and adjustable foresight, for fast and accurate target acquisition.

Where this Rigby wins, is in looks, as it has the Highlander-style rounded pistol grip stock, with their typically short forend that gives the impression of a longer barrel than it is. It has no cheekpiece and is very slender but it fits and feels superb and really handles well and you can read its history in the dings and cuts on the stock, along with the places where the blueing has worn. If only it could tell those stories!

The 7x57mm is lovely round to reload, as it has a medium length slow tapered body and it is easy to set up the reloading dies for correct full length resizing and head spacing off the shoulder. This Rigby, due to its old age and re-modified chamber to remove the worn pitted walls, had a long throat, so seating bullets was a little trickier to get them anywhere near the actual rifling, but boy did it shoot well!

Everyone says how mild the 7mm Mauser shoots and the same can be said of the 6.5x55mm Swedish, both have good manners and are mild recoiling with excellent ballistics from those slim line bullets of high BC`s. A lot of the lack of recoil on this Rigby was a combination between the cartridge and the design of the stock that I really like; it comes back, not up, so no thump in the cheek.

For lighter duties, then the 120-grain, Sierra Prohunters are very good for not only foxes but also small species deer like Muntjac and Chinese Water Deer (CWD). The powder choice here would be 42.5-grains of RL15, as a velocity of nearly 2800 fps at 2788 fps and 2072 ft/lbs of energy shoots flat and hits hard. Accuracy was below an inch at 100 yards for three shots from an 80-year old Mauser, despite the bullets being miles off the rifling lands!

Best accuracy though went to the 150-grain Combined Technology. I think the extra, albeit minute Lubalux coating helped stabilise the bullet in the worn bore. I also had to seat them so far out of the neck it was touch and go but they fed through the magazine ok.
Accuracy was amazing at 0.75”, consistently with a good turn of speed at 2503 fps. Also, despite the forend being hard up against the barrel, the fit was good and so even with a hot barrel, the Rigby shot tight groups.

The ancient Rigby certainly surprised me, not only how well it shot, despite its age, but also the great handling and mild recoil in the field. I know the 7mm-08 is newer and probably more efficient but I think Mauser got it right from the off with their 7x57mm cartridge. In my opinion, a calibre for all shooters and nearly all game species. Saying that, the legendary African big game hunter WDM (Karamojo) Bell favoured the 7x57 for elephant. Too small maybe but he preferred proper bullet placement over raw power and developed a brain shot technique that made the 7mm more than adequate in his hands. This was not for sport but for the ivory and sources indicate he took over 1000 tuskers, maybe as many as 800 with the 257 Rigby!