6.5mm Grendel Then and Now 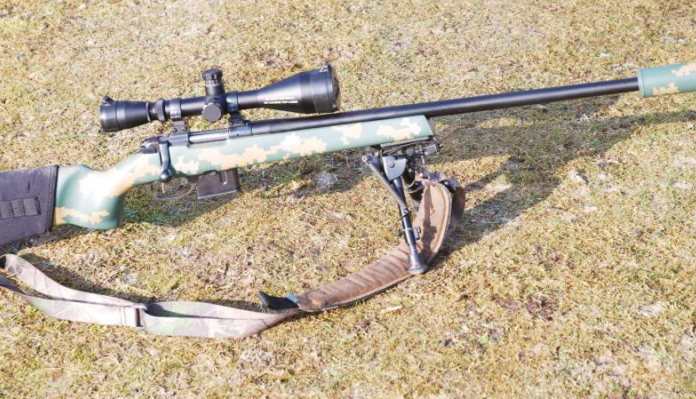 I’m a sucker for calibres that are perhaps a bit left of centre, or even look like they might offer something just a bit different. A point in case is the 6.5mm Grendel or 6.5x39mm. Originally envisaged as a replacement for the 5.56x45mm NATO/223 Rem in the AR15/M16 rifle. About this time, the military were considering a better calibre that would give this rifle platform more legs at longer ranges and also more lethality, but not have the issues of a 7.6x51mm NATO/308 Win in terms of felt recoil. Let’s face it; the Western nations have been saddled with the little 5.56 for a long time now, great little cartridge, but…

An earlier attempt to replace it by Remington was the 6.8 SPC (special purpose cartridge) if you do the math 6.8mm is in fact .270” and as a concept was doubtless inspired by the original German 7.92x33 Kurz (short) and the later Russian 7.62x39. The idea was to build something that offered a smaller and easier to use round compared to their predecessors the 8x57 JS and the 7.62x54mm R (rimmed), an intermediate cartridge then? OK, effective range was less, but as most infantry engagements were probably a maximum of 2/300m, if not a lot shorter, lugging around a heavy and hard recoiling 5-shot bolt-action did not offer a lot, compared to a high capacity, selective fire assault rifle alternative with lighter ammunition.

However, the 6.8 SPC and the latter 6.5 Grendel, approached it from the other end with a slower/heavier bullet that would offer more effect than the 62-grain SS109 5.56x45 NATO. Well, in theory. I recall testing a Model 7 Tactical and a Southern Gun Co Speedmaster straight-pull AR both in SPC. I was less than overwhelmed by ballistics, although the Remy bolt-action did better.

The Grendel came later, and I first encountered it through Dave Greene, a top Practical Rifle shooter who worked with Low Mill Ranges. He built one, as he reckoned it would outshoot any 223 AR. Problem was, he was reloading for it, as ammo was not yet available in the UK and as manuallyoperated ARs can have problems with primary extraction, he had to down load it for improved reliability. The up-shot from my tests showed a higher end 223 Rem load firing a 69-grain match-type bullet at around 2700/2800 fps would outperform the Grendel much past 300m. Accuracy was good, but the necessary reduced velocities negated the superior ballistic coefficient of the 6.5mm bullets.

I say this, as in the US the Grendel had gone down a storm with the sports shooting community, as they could use self-loading ARs (gas guns), which negated primary extraction problems. As a fan of 6.5x55mm Swedish, I knew that it’s got a great cross-sectional density and high BC and that it’s an effective deer cartridge, no matter how big the species and that includes Moose. So, what about a longer barrelled bolt-action in the Grendel, which could be something rather special?

Back then, I did not think there were any off-the-shelf rifles in the calibre, so where to start? Today, Ruger shows their 22” American Predator in Grendel, but they seem to be one of the few still chambering for it. The case is based on the 220 Russian, as are the highly accurate 22 and 6mm PPC calibres, beloved of bench rest shooters. The Russian is based on the 7.62x39mm, and CZ’s little 527 centrefire is chambered in this number, so I now had potential access to a ready-made action, feed system and bolt. My thanks to Derek Edgar (the then MD of Edgar Brothers) as he interceded with CZ and they supplied a new, un-barrelled action.

CZ’s 527 is pretty much a mini Mauer 98 action; all-steel, it feeds from a 5-round detachable box magazine and has a strange back to front safety system. Enter Riflecraft Ltd, as they had been offering something called the CPR (compact precision rifle) using the 527, 7.62x39mm action to produce some very accurate 22 and 6mm PPC guns for small deer and fox hunting. With medium/heavy 20” barrels, they were all shooters. Owner, Andrew Evans Hendrick agreed to barrel, bed and thread my Grendel. I went for a 22” medium Pac Nor tube in 1-8.5” twist rate, feeling the extra two inches would be of ballistic benefit. And the rifling pitch suit light to medium weight bullets.

HS Precision makes a more modern and shootable Kevlar stock for the 527 and again thanks to Derek Edgar, who got CZ to donate one. There’s that moment of expectation when you get the call from your gunsmith to say your new baby is ready and then meeting it for the first time. It was a sweet little thing and perhaps the smallest/ lightest centrefire I had ever owned. Now, for ammo build, load work up and all the rest of the bits and pieces to turn it into a shooter.

The 527 uses 15mm dovetails on the receiver bridges and CZ supplies 1”, Kozap rings, so I fitted my old Leupold VX-2 3-9x50, which always has been and still is a cracking scope. I later discovered that they Sportsmatch and Tier One all make 30mm ring sets and Recknagel offers a windageadjustable mount.

Getting the Grendel built was a bit like going down the rabbit hole, as the deeper you got into it, the more you discovered both good and bad. Back then, factory ammo was not available, so and like some of my other projects, it was reloading from day one. It was not until later that Hornady offered two exceptional loads, both 123-grains using an SST hunting bullet and their Match A-MAX pill. Today, the A-MAX has been replaced by the ELD Match, along with a 110-grain FMJ.

Weight-wise you can go as heavy as 140-grains, but I consider that far too much, even 130-grains is pushing it a bit.

I was going the other way with the 123-grainers as the heaviest I wanted to use, then down through 120, 100, 95 and as low as 85. As with any load, it’s a balancing act, as pure speed has to be weighed against energy and terminal effect. Trial and error showed that a 100-grain pill was the best compromise if I wanted to go with one load, which for my uses would mean fox and deer, the latter both small and large. I say large, but unless something like a Red of big Fallow was very close I would not bother. On my land, it’s mainly Roe and Muntjac plus Charlie and the Grendel firing 100-grain Nosler Partitions handled them all admirably.

Even out to 250 yards, those Partitions did the job as intended, with good expansion and perfect pass throughs every time, although I took most animals between 100 and 175. I also tried Hornady’s 95-grain V-MAX, which worked nearly as well. I played with some of Sierra’s 85 and 100-grain Varminter hollow points; they were far too frangible for deer but worked well on foxes and rabbits. The thing I always found intriguing was that with about 1/3rd less powder charge, a 100-grain bullet from the Grendel compares quite well to the same weight from a 243 Win, for less recoil and better moderation. I have included a few reloads to show what the calibre is capable of - see Grendel Power.

Energy-wise, all my loads stay above or on 1000 ft/lbs, well in excess of 200 yards, attesting to the excellent BCs of the generic 6.5 projectiles. However, construction is a bigger issue, as for example the frangibility of the 85/100-grain Sierra Varminters should be restricted to small game and foxes only.

Components consisted of Lapua brass, a Lee Custom die set with factory crimp and after some testing Vihtavuori N530 and N130 worked well, as did Ramshot Exterminator and Wild Boar too. PPU of Serbia also offer cases and today ammunition too, but and unlike Lapua, who use a small rifle (SR) primer they use a large rifle (LR) type instead. The former appears to give more consistent results. PPU fodder shows 110-grain FMJ, 120-grain BTHP (Match I assume) and a 123-grain soft tip. This last is producing a quoted 2657 fps/1940 ft/lbs; must try me some of that!

As a calibre, I am still impressed with the Grendel and my custom CZ527 has proven to be a sweet and effective little rifle. However, and when you look at the modern, short-action alternatives: 6.5 Creedmoor, 6.5x47 Lapua etc, it does lack power and range a little. It’s a fine cartridge, offering a light and handy gun for someone that only wants to shoot at short/medium ranges and small to medium deer and foxes. Compared to the other 6.5s, accurate no doubt, but a bit specialised. Sadly, and unless it’s mission-specific, I find myself using it less and less these days, but it was a worthwhile and enjoyable experiment none the less!