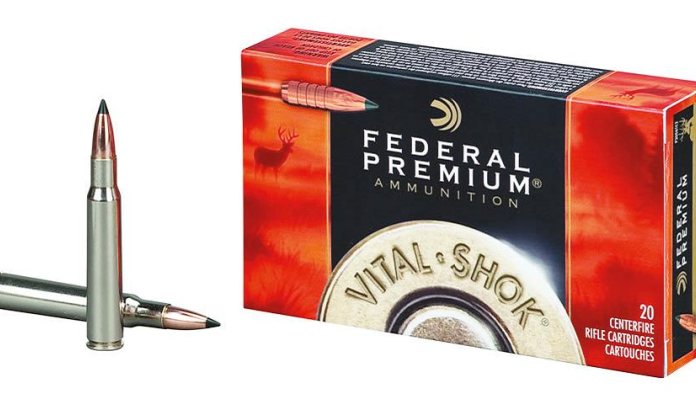 Even if we’ve never owned them, cartridge names like Rigby, Holland & Holland, Weatherby and Ackley are familiar to most of us. Then there are those that vaguely ring a bell, such as Roberts. The .257 Roberts to be specific. It’s designer, Major Ned H. Roberts, is probably one of the most prolific gun writers and wildcatters you’ve never heard of.

The case for a better case!

Roberts announced his ‘ideal’ cartridge in a magazine article in 1928 following several years of development. His quarter inch, or to put it another way, an American’ish 6.5mm! bottleneck creation was originally going to be based upon the .30-06 Springfield case, a concept previously propounded by Townsend Whelen. After some debate between Roberts, Whelen and another wildcatter, Harvey A Donaldson (he of the later .219 Donaldson Wasp) it was agreed that the 7x57 Mauser case would make a better parent. When, in 1928, the ‘finalised’ Roberts creation surfaced it was simply called the .25 Roberts. It was a necked down and trimmed Mauser case featuring a 15º shoulder angle and a .257 cal, 78-grain pill pushing almost 3200 fps, certainly quick for its day. Although well received as a potent, medium/large game and long-range varmint round, it was Remington UMC who were to launch it into the commercial limelight.

Roberts design was immediately chambered by the exclusive Niedner Rifle Corporation, its owner Adolph Niedner having supplied most of the test barrels to Roberts. Within a year, the famed New York rifle maker Griffin & Howe had reworked the cartridge by omitting the trimming stage and launched the longer cartridge as the .25 Griffin & Howe, together with a suitably chambered rifle. The potential of these highly accurate hunting designs was not lost on Remington. In 1934 they revealed their take on the .25s, naming it the .257 Roberts (partly as a homily to Ned Roberts and partly because they already had a cartridge called the .25 Remington!). It was still based upon the Mauser case but with the shoulder angle increased to 20º and the trim stage omitted, making the cartridge about a sixteenth of an inch longer.

Old or new, check the difference

If you want a piece of the original history, sourcing a Niedner rifle in the original .25 Roberts is going to cost you a lottery win, as will a Griffin & Howe, chambered in their version of the .25. Finding sized brass would be a challenge but is not too hard to convert from modern Remington, always assuming that is, you would want to shoot these vintage arms.

As for commercial .257 Remington and +P, the market is well supplied with materials and arms. Remington, Winchester, Savage, Browning and many others have catalogued the calibre over the years. All my manuals quote loads for the stock cartridge, whilst some quote exclusively for the +P. Consumables and tools are widely available, with the best shooting coming from bullets in the 100 to 120-grain range.

The cartridge is still acknowledged as one of the greats. In the last few decades, its potential has been further explored with the development of a +P cartridge, making best use of continued improvements in propellant design. In some circles, it is credited as being the father of benchrest ammo design and is oft quoted as “the most useful rifle cartridge ever developed”. Praise indeed.