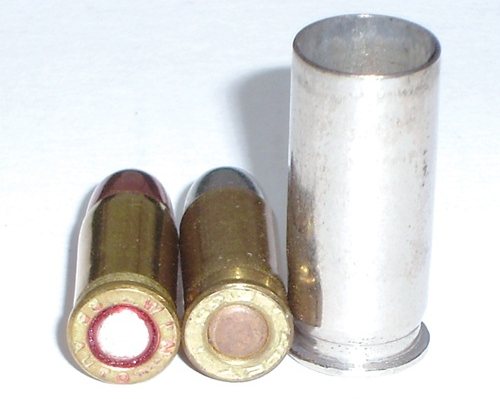 About to celebrate its 110th birthday, this month’s subject is one of those cartridges that everyone has heard of but neither used nor seen. Indeed, the most common of the pistols chambered for it and named after it, are far better known. We have to thank one of the World’s most prolific arms and ammo designers for both the cartridge and some of the pistols that employ it, namely John Moses Browning of Ogden, Utah. The cartridge is the .25 ACP (Automatic Colt Pistol), aka 6.35 x 16SR. It’s a straight walled, semi-rimmed centre-fire cartridge that originally launched a .251” diameter, 35-grain RN pill at around transonic velocity, generating about the same M.E. as a bog standard .22 LR rimfire. That begs the question, ‘why bother?’ After all, rimfire ammo costs much less to produce. Forget the arguments about reliability; the only advantage may have been reloadability.

The pistol that supported the launch was the 1905 design (1906 launch) Belgian FN Vest Pistol, also from the J M Browning drawing board. It was introduced to the U.S. market some three years later as the 1908 Colt Model Vest Pocket. It was a simple semi- automatic, hammerless blow-back design containing a 6-shot single stack mag. Perhaps better known is the evolution of this pistol, the 1927 FN Baby Browning. Essentially a rework of the 1905 and credited to Dieudonne Saive, one of Browning’s understudies. The game is in the name, Vest Pistol. It was extremely compact and easily concealed. ‘Service’ users allegedly included the U.S. Air Force and various Resistance groups during WWII.

Not that these have been the only arms chambered for the .25 ACP. ‘Saturday Night Specials’ have included the Raven Arms MP-25 and (from the same ‘designer’), the Jennings J25 as well as a couple of folding trigger revolvers.

Derringers, both good and bad have surfaced from time to time. High end pistols have appeared from Walther and Beretta amongst others. Revolver ‘conversions’ have included the Hamilton Bowen moon clipped J Frame S&W. Taurus have recently catalogued a “Tupperware” model called the Ply and other makers still list compact pistols. Why would you want any of these? Rather like there are people who collect barbed wire, I guess someone out there must love them! Given the age and military history, some of the original Browning/Colt Vest Pocket and Babies must have S7 eligibility.

Ammo is listed from Winchester, Hornady, Speer, Remington, CCI (Blazer), Fiocchi, Prvi Partizan, PMC, Magtech and Sellier & Bellot. However, the number of .251 Cal bullet makers is much smaller. Google only revealed pills from Remington, Speer, Magtech and Hornady, most of which were 50-grain RN. Not all manuals include the cartridge so check before you buy. Brass is not widely catalogued but if all else fails, once fired will be an easy solution. Tools are no problem, Lyman, Lee, RCBS, Redding and Hornady-Pacific all offer variations. Reloading issues are not widely reported but my experience with several cals of Winchester pistol brass would suggest that slightly reduced neck wall thickness is something to look out for. Good mousing!