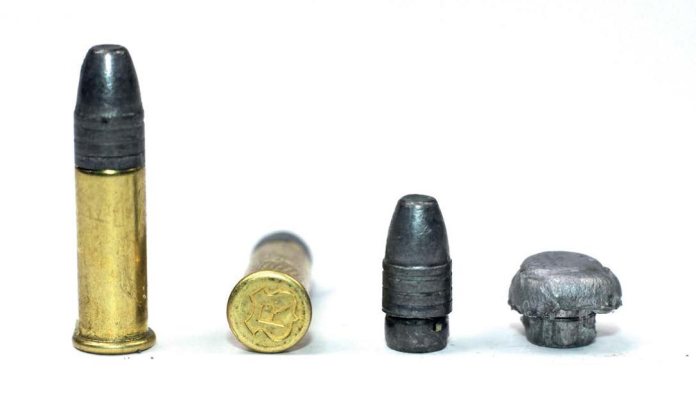 Norma is one of my favourite centrefire rifle ammunition manufacturers as their factory ammo is always consistent and accurate, plus the brass is excellent for reloading. Norma .308 Win 150-grain ammunition got me through the old Woodland Stalking certificate many moons ago, so anything new from Norma and my ears pricks up.

The company has started to market rimfire ammunition, something that many manufacturers of centrefire ammunition are now doing. If they do not have their own facilities, then they will commission others to make the ammo. Here, Norma USA gets RWS to make rounds that are distributed by the RUAG group.

The subsonic .22LR round on test is part of a range from Norma that includes four rimfire rounds: Jaktmatch, Match, Subsonic and Tac-22. As you would expect, they are very well made and packaged. The aim today is to see how they perform both ballistically and downrange in terminal and trajectory conclusion.

I set the chronograph up 15ft away from my Sako rimfire custom, which has a 14.5” barrel and is fitted with a Schultz & Larsen (S&L) .22LR sound moderator and a Hawke Vantage scope.

The ballistic media was set up at 30 yards, which is my typical rabbit range. The accuracy tests were conducted at 30 and 50 yards. The bullet trajectory was run through the QuickTarget ballistic program, having computed the BC by measuring the true velocity down range.

The bullet specifications on the box show a lead, 40-grain hollow point (HP) that moves at a velocity of 1017 FPS. The actual weight for an average of ten was 40.4-grains and as you will see, the velocity varied depending on the barrel length and the action type of the rife used (bolt or semi-automatic). The diameter measured 0.224”, which is standard for this type of lead rimfire round, plus showed a typical long rifle length of 0.9675”

If you take one of the rounds apart, you first notice the oil-based lubrication on the lead bullet, not wax. This helps lubricate the passage of the bullet down the bore and increases reliability in semi-automatics too.

The driving bands (compression/lube rings) are of three equal sizes, with a thinner, fourth top ring that makes way to a truncated nose shape and a HP. The oil lube filled all the hollow points on the sample rounds. Of course, this design gives a good terminal ballistic effect for expanding the bullet, unlike a round nose design that will have a better ballistic coefficient.

The case is RWS, as it has the same shield logo and ‘R’ stamped into the centre. The powder charge is only 1.2-grains of a small, greenish, extruded powder and you also have a very uniform light green primer mixture to the rim portion only, this greatly improves consistency.

I tested the ammo in my bolt action Sako and then the reliability through a Browning semi-automatic rifle. To check velocity, I also tried it through a new Ruger American with an 18” barrel (1022 FPS) and a Mauser with a 26.5” barrel (1045 FPS).

The Browning semi-auto produced 1008 FPS, plus still loaded and ejected fine. It’s old and well run in but that light oil lube does not gum up magazines like wax would, and this certainly helps.

I also shot some loads through my fully suppressed Sako SSR rifle, which has a ported barrel and a full-length silencer shroud. With the Norma ammo, it shot superbly well, with tiny cloverleaf groups at 30 yards and a velocity of 904 FPS. Even though the ported barrel bleeds off gases just in front of the chamber, it still managed to produce 72.6 ft/bs energy. The rifle is unbelievably quiet and all you can hear is the firing pin dropping and a gentle hiss as the bullet exits!

I also tried the ammo in a fully suppressed Ruger 10/22 rifle that is ported at the muzzle. The achieved velocity/ energy came in at 1018 FPS | 92 ft/lbs. Again, it was superbly quiet, with just the slap of the action working, plus it produced decent 0.55” groups at 30 yards. This information should give you an idea of reliability and any velocity changes, as every gun is different, with short, long, worn or differing rifling groove and land dimensions making a big difference.

Accuracy wise, I set up targets at 30 and then 50 yards as these are my usual zero ranges. Personally, I like to keep the ranges sensible as I usually head shoot rabbits only with a .22LR subsonic.

I did a test at 100 yards, just to see, and I managed an average group size of 1.25”. Again, I had the odd flier, so very useable if necessary, or for a bit of quiet plinking at steel targets.

Trajectory wise, the humble little .22LR has a curved bullet path and while the hollow point design is an asset for hunting and terminal ballistics, it does not really help when it comes to a good ballistic coefficient (BC). I had the Norma shooting at 1035 FPS (96.1 ft/lbs energy) for an average of ten shots over the chronograph, then at 50 yards, it was doing 947 FPS. When I fed this information into the QuickTarget ballistic program, I was given a BC of 0.111 (G1).

Penetration is always interesting and how a bullet performs down range will give you an idea of the transfer of energy to your chosen quarry. Being a hollow point design and despite it being filled with bullet lube, the classic mushroom expansion is witnessed in the ballistic media. The bullet started off at 40.4-grains and after impacting the media at 30 yards, at a velocity of 978 FPS, it penetrated a total of 6.75”. It retained 40-grains of weight, so only a loss of 0.4-grains!

The fired projectile showed a classic mushroom form. The rear, 0.224” diameter portion pushing the hollow point folded leaves forward and out. They had almost separated from the base. To help transfer the terminal energy, the expanded width was an impressive 0.685”.

With the ammo producing real
subsonic velocities and the aluminium S&L .22 rimfire sound moderator fitted, the muzzle report was very muted and dead. Interestingly, the velocity was up from the standard RWS subs, which normally shoot below 1000 FPS in the Sako. I think that this must be down to the lighter lube used on these Norma rounds. As always, it’s worth doing some tests with your own rifle.

Overall, a well-made .22 rimfire round from Norma that retails for about £5.00 for a box of 50 and £55 for 500 rounds. Accuracy, as expected, was very good in all the test rifles and consistent too, which is important. Plus, the terminal ballistics were good. The 40-grain, lead hollow point achieved good penetration and good expansion out in the field when rabbit hunting.