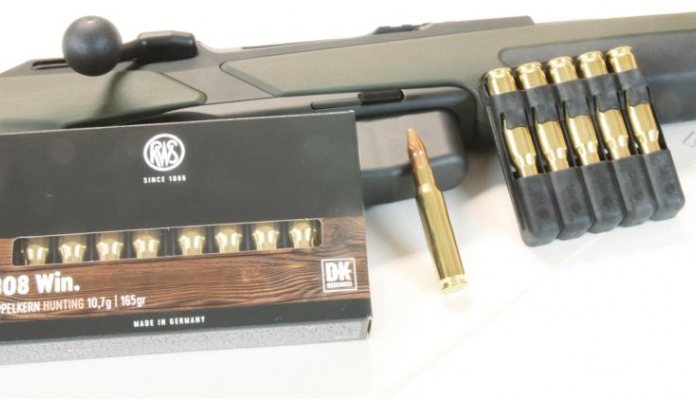 The choice of hunting ammunition can be a bit confusing in the area of what bullet manufactures put on top. In the old days, it was easy, as it just needed a soft (exposed lead core) be it pointed or flat-nosed. The bullet went in, punched a hole and then that soft nose would start to deform sideways, so causing the front section to expand and, in some cases, break up, which produced, separate sub-missile swarms and wound tracks. The real problem was if the copper jacket was thin or too soft, expansion was dramatic with the bullet literally exploding and causing a massive wound, which ruined meat by physically destroying tissue and transmitted hydrostatic shock.

These days, the choice of premium bullets is massive and diverse, that includes the classic soft nose and its variants like Nosler’s Partition, along with ballistic tips and monolithic (copper alloy) hollow points with no lead core at all. RWS is a German company who have been producing quality ammunition of all types and calibres for many years and they sent me a loading in 308 Winchester called DoppelKern. In English, that translates into Double or Twin Core!

The build is quite technical and, in some ways, follows the H-Mantel or Partition layout but differs by using two hardnesses of lead to achieve a double effect. Externally, the bullet shows a long, parallel bearing surface with twin groves and a closed base with a truncated, cone-style ogive that ends in a small, protected soft tip. The front section is filled with the softer lead, which sits over the main core of harder lead, with what RWS calls a tough Tombac jacket/cup over the top. A bit like a Partition build, it effectively separates the two, but in this case; different density cores.

The upper groove is made with a predetermined breaking point, which is on line with the Tombac divider. On entering the animal, the front cone breaks off and fragments, causing a sub missile swarm, which penetrates organs etc. with expected results. The rear/stronger section stays in one piece but mushrooms as it passes through and doing lots of physical damage and in most cases will exit, which is ideal. So, you have the advantages of the fragmentary nose and the solid rear sections both doing their thing. In 308, RWS says it’s good for medium to larger deer like Roe and Red, as well as wild boar and even Moose, so good for most African plains game too. At 165-grains, it carries a bit more weight, but still offers good velocity.