The Difference between Civilian and Military spec ammo 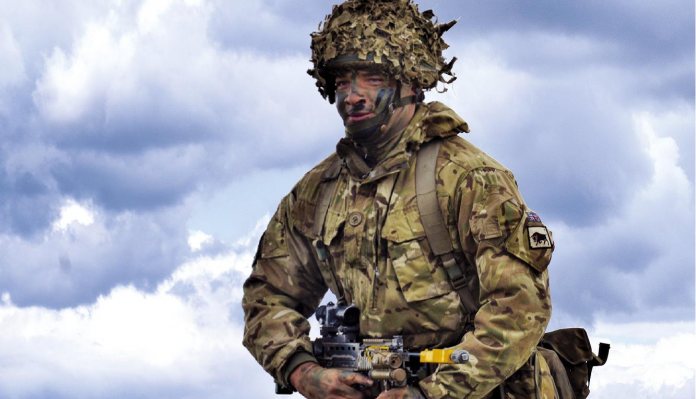 Not all cartridge cases are born the same. So, what are the physical considerations between military and civilian brass, with respect to reloading? The two obvious candidates being .223 Remington vs. 5.56 NATO and .308 Winchester vs. 7.62 NATO.

Weed out the aliens

Noting the appearance and eyeballing the primer pocket are the key start points. Don’t forget to weed out steel and aluminium types, as they have no place for our needs! The headstamp will (mostly) establish the origins of the manufacture and allow us to weed out any aliens. Colour will often give us a clue as to the nature of the brass, with dark shades often signifying production intended for military use. The primer pocket will reveal evidence of intended military use in the form of sealants, crimps or both. Two common forms of primer retention are a ring crimp or three or four point stakes.

Cartridge Brass (C260)’, is an alloy of 70/30% Copper and Zinc, although subtle variations do exist. However, the recipe is only part of the final product. The specific method of manufacture, subsequent heat treatment processes and the final physical dimensions all have a role to play in both the life and performance.

The most common mass production processes start with reels of ‘cartridge brass’ that are slit into strip reels. These are fed into a multi-punch die set in a powered press that outputs thick walled ‘cups’. These now enter what may be a two, three or four stage ‘deep-draw’ process in which the walls are progressively elongated (and therefore thinned). To tidy the ‘neck’, they are often ‘pinch’ trimmed between draws. As each forming process works the brass, so it gets harder and more brittle. The results of this therefore has to be heat-treated by annealing and chemically washed between some of the production stages, in order to restore its working properties.

The primer pocket and head details are next. A forming punch is driven into the centre of the head to create the pocket before a tool called a bunt is used to pressure engrave the headstamp details. In some instances, the bunt/punch are part of a compound tool that also performs a ‘start’for the rim/extractor groove. The final finishing of the rim/groove is usually completed by a machining process. Washing and annealing are now the precursor to a two or three stage taper/shoulder form process. A cut/trim tool now removes the excess neck material and chamfers the mouth of the neck. Yup, we still need a flash hole. This is the final mechanical process, the tool entering through the primer pocket. A finishing neck and shoulder anneal is then applied and the finished case chemically washed.

We’ve already examined the case head, but a look inside would be advisable. Military brass is more likely to be cursed with Berdan priming; twin, offset flash holes. So, your standard, single/central de-priming pin is going to get smashed up if that’s the case. However, these days more ammo is being produced with the single, central hole Boxer system. Saying that, it’s possible to reload Berdan cases, using either a hydraulic or levertype de-capper, and suitable primers are also available; but why bother, as it’s a royal pain? Regardless, a crimped-in primer can require considerable force to remove and for that reason tougher de-cap pins are offered. The exposed pocket now needs extra attention, before priming can take place. A number of dedicated uniforming tools are offered to normalise the base and sides and flare the mouth. Moving on to the assembly process, there are some further issues that must be addressed.

Some claim that military brass is tougher than commercial and therefore offers an increased number of reloads. Others suggest that case capacities are not dissimilar to commercial; not my experience! The former are mostly designed to suit a different set of parameters. It is not made with the reloader in mind, but rather for single use and to withstand the rigours of a service life and extreme operating conditions. It is also free to ignore SAAMI or CIP specs with regard to operating pressures. So, unless you’ve stuffed this particular case type before, there are a number of advisable pre-load tests.

Start by comparing the powder capacity with your ‘regular’ models. An easy process is to compare weights. On the basis of outside dimensions being the same, any variation in weight must be more or less reflected by the inside dimensions. If there is a discrepancy, then fill with water and weigh their individual capacities to quantify the variation. Initial powder charge weights will need to be adjusted accordingly. We must then check the necks, once fired military brass is more prone to operating damage and even splits. Some Eastern European and Chinese ammo also has sealing/fixative chemistry applied to the inside of the neck that must be removed. Once cleaned and sized, the tension should be checked.

The popular means of gauging case life is to feel the pressure it generates as it is passed through the re-sizing/de-cap die. However, re-sizing military brass offers greater resistance, which might also lead to a lack of detectable change by the operator. Furthermore, any lack of care with lube can have disastrous consequences, as if it’s not cleaned off before being chambered, it will cause hard extraction issues, which may therefore be your first clue. Finally, making the assumption that because you’re using a higher pressure cartridge case, 5.56 NATO, you’re free to exploit the faster and hotter load data offered. Be warned these can be up to +5000 psi over .223 Rem SAAMI recommendations and limits. A worst case match of a tight .223 chamber/throat and the hottest NATO ammo could result in firearm and even operator damage.

Good luck and take care, it’s only a piece of brass, there’s plenty more out there!